The film tells about a schoolgirl Nastya, who constantly invents and tells something, as a result of which she quarrels with a teacher, classmates and sister. [4]

Yevgeny Pavlovich Leonov was a famous Soviet and Russian actor who played main parts in several of the most famous Soviet films, such as Gentlemen of Fortune, Mimino and Striped Trip. Called "one of Russia's best-loved actors", he also provided the voice for many Soviet cartoon characters, including Vinny Pukh (Winnie-the-Pooh).

Jack Frost is a 1964 Soviet romantic fantasy film made by Gorky Film Studio. It was based on a traditional Russian fairy tale Morozko. 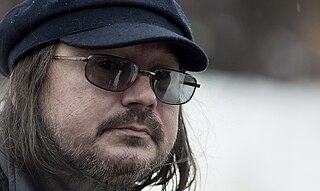 Aleksei Oktyabrinovich Balabanov was a Russian film director, screenwriter, and producer, who shot mostly arthouse pictures but gained mainstream popularity with the crime drama Brother (1997) and its more action-oriented sequel, Brother 2 (2000), both of which starred Sergei Bodrov, Jr. as Danila Bagrov. Brother was successful both at the box office and in video copies, achieving wide popularity in Russia. Later, however, Balabanov became better known for his films Cargo 200 (2007) and Morphine (2008). A hugely controversial figure, Balabanov was often accused of both Russian nationalism (Brother 2, War) and Russophobia (Cargo 200, The Stoker), as well as general misanthropy. Due to his personal and political controversy, grotesque style, dark humour, shocking naturalism, genre deconstruction, and balancing between art cinema and mainstream he was often compared to Lars von Trier, Rainer Werner Fassbinder, Coen brothers, and Takeshi Kitano.

An Independent Life is a 1992 Russian film directed by Vitali Kanevsky. It is the second in a trilogy of autobiographical films. The film was an international co-production between companies in Russia, France and the UK, including StudioCanal and PolyGram Filmed Entertainment. It tied with Dream of Light to win the Jury Prize, the third most prestigious award of the event, at the Cannes Film Festival in 1992. 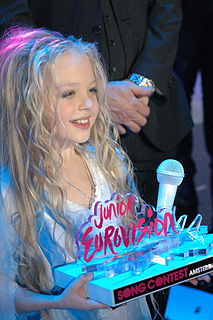 Anastasiya Ihorivna "Nastya" Petryk is a Ukrainian singer. She won the Junior Eurovision Song Contest 2012 with the song "Nebo", becoming the first Ukrainian entrant to win the competition. 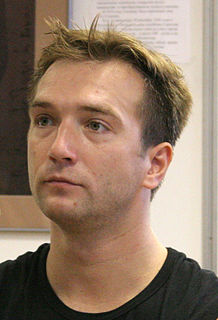 Pyotr Anatolyevich Krasilov is a Russian film and theater actor.

Anastasia Vashukevich, also known as Nastya Rybka, is a Belarusian escort, model, blogger and author who, while fearing death in a Thai jail, claimed to have evidence linking Russian billionaire Oleg Deripaska and Deputy Prime Minister Sergei Prikhodko to Russian interference in the 2016 U.S. presidential election.

The Devil's Flower is a 2010 Russian romantic fantasy film directed by Ekaterina Grokhovskaya.

Anastasia Sergeevna Sivayeva is a Russian actress of theater, cinema and television. Best known for the role of Darya Vasnetsova in the popular sitcom Daddy's Daughters.

Anastasia Dmytriyevna Zyurkalova is a Ukrainian stage and film actress. She is best known for roles in film Aurora (2006) and TV series The Sniffer (2015). 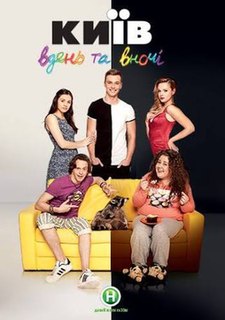 Kiev Day and Night is a Ukrainian scripted reality television series based on an adaptation of the 2011 German series Berlin - Tag & Nacht which stars lead characters Oksana Avram, Bohdan Sheludyak and Karina Havrylyuk. It was filmed in Kyiv and broadcast on Novyi Kanal from March 8, 2016 to January 8, 2019. In Kiev Day and Night, a group of socialized, often, mutually bonded people live in apartment that settled in Kyiv's hub. The central part of the series reviews the people overall life and vicissitude while they encounter various romantic, familial and friendship problems such as divorce, extramaritial or inconvenient love and bears totally mistrusting each others as additional characters' entry followed through the story progression. Kiev Day and Night is stongly censored of having sexually aggressive contents and the actors performance in nudity, though fogging system hides every scenes. In the fall of 2018, Novyi Kanal decided to stop broadcasting the series, and it was cancelled in 2019 during the fifth season.

From the Life of a Chief of the Criminal Police is a 1983 Soviet drama film directed by Stepan Puchinyan.

Nastya is a 1993 Russian comedy film directed by Georgy Daneliya.

Holiday is a 2001 Russian drama film directed by Garik Sukachov.

I Believe! is a 2009 Russian drama film directed by Lidia Bobrova.

Satisfaction is a 2011 Russian drama film directed by Anna Matison.