Olís (Icelandic : Olíuverzlun Íslands hf.) is the trademark of Iceland Oil Ltd., a company founded in Iceland on October 3, 1927. The company has ever since been a part of the development of the Icelandic industries. The company is now divided into three main operating divisions: Sales, Logistics and Finance, along with support divisions which are Human Resources and Marketing. The firm operates a number of service stations under the trademark of Olís, in addition to the self-serve stations under the brand name of ÓB - inexpensive fuel. The first operational ÓB station was at Fjardarkaup in Hafnarfjördur. ÓB provides cheaper fuel and less service in simply operated automated stations. 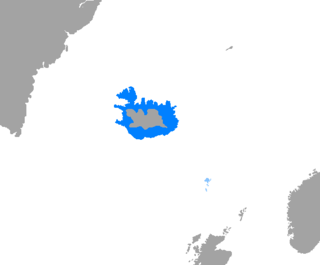 Icelandic is a North Germanic language spoken in Iceland. Along with Faroese, Norn, and Western Norwegian it formerly constituted West Nordic; while Danish, Eastern Norwegian and Swedish constituted East Nordic. Modern Norwegian Bokmål is influenced by both groups, leading the Nordic languages to be divided into mainland Scandinavian languages and Insular Nordic. Historically, it was the westernmost of the Indo-European languages until the Portuguese settlement in the Azores.

In 1999, Iceland Oil Ltd. purchased all shares in Ellingsen, which was then consolidated into the holding company in 2001. The company also owns all shares in subsidiaries companies Hátækni and ísmar.

Olís is one of the 30 largest companies in Iceland turnover being ISK 37 billion in 2012. The Balance Sheet amount to ISK 16.0 billion. The number of employees in 2012 was approximately 420. 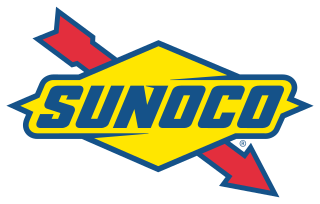 Sunoco LP is an American master limited partnership organized in Delaware and headquartered in Dallas, Texas that is a wholesale distributor of motor fuels. It distributes fuel to 5,322 Sunoco-branded gas stations, almost all of which are owned and operated by third-parties. The partnership is controlled by Energy Transfer Partners.

Esso is a trading name for ExxonMobil and its related companies. The company began as Standard Oil of New Jersey following the breakup of Standard Oil. In 1972, the name was largely replaced in the U.S. by the Exxon brand after the company bought Humble Oil, while the Esso name remained widely used elsewhere.

Alimentation Couche-Tard Inc. or simply Couche-Tard is a Canadian multinational operator of convenience stores. The company has 15,000 stores across Canada, the United States, Europe, Mexico, Japan, China, and Indonesia. The company operates its corporate stores under mainly Couche-Tard, Circle K, On the Run and also under the affiliated brands 7-jours, Dairy Mart, Daisy Mart and Winks.

Chevron Corporation is an American multinational energy corporation. One of the successor companies of Standard Oil, it is headquartered in San Ramon, California, and active in more than 180 countries. Chevron is engaged in every aspect of the oil, natural gas, and geothermal energy industries, including hydrocarbon exploration and production; refining, marketing and transport; chemicals manufacturing and sales; and power generation. Chevron is one of the world's largest oil companies; as of 2017, it ranked nineteenth in the Fortune 500 list of the top US closely held and public corporations and sixteenth on the Fortune Global 500 list of the top 500 corporations worldwide. It was also one of the Seven Sisters that dominated the global petroleum industry from the mid-1940s to the 1970s. 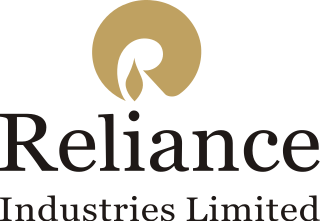 Reliance Industries Limited (RIL) is an Indian conglomerate holding company headquartered in Mumbai, Maharashtra, India. Reliance owns businesses across India engaged in energy, petrochemicals, textiles, natural resources, retail, and telecommunications. Reliance is one of the most profitable companies in India, the largest publicly traded company in India by market capitalization, and the second largest company in India as measured by revenue after the government-controlled Indian Oil Corporation. On 18 October 2007, Reliance Industries became the first Indian company to breach $100 billion market capitalization.

Landsbanki, also commonly known as Landsbankinn which is now the name of the current rebuilt bank, was one of the largest Icelandic commercial banks that failed as part of the 2008–2011 Icelandic financial crisis when its subsidiary sparked the Icesave dispute. On October 7, 2008, the Icelandic Financial Supervisory Authority took control of Landsbanki and created a new bank for all the domestic operations called Nýi Landsbanki so that the domestic bank could continue to operate, the new bank continued to operate under the Landsbanki name in Iceland.

The Iceland Stock Exchange, operating under the name Nasdaq Iceland and also known as ICEX, was established in 1985 as a joint venture of several banks and brokerage firms on the initiative of the central bank. Trading began in 1986 in Icelandic government bonds, and trading in equities began in 1991. Equities trading increased rapidly thereafter. A wide variety of firms are currently listed on the exchange, including firms in retail, fishing, transportation, banks, insurance and numerous other areas. Because of the small size of the Icelandic economy and the low cost of public listing, many of the companies traded on the ICEX are relatively small and are relatively illiquid.

The PJSC Lukoil Oil Company is a Russian multinational energy corporation headquartered in Moscow, specializing in the business of extraction, production, transport, and sale of petroleum, natural gas, and petroleum products. It was formed in 1991 when three state-run, western Siberian companies named after the respective town in Khanty–Mansi Autonomous Okrug that each was based in, Langepasneftegaz, Urayneftegaz, and Kogalymneftegaz, merged. Its name is the combination of the acronym LUK and the English word "oil".

Gazprom Neft, is the third largest oil producer in Russia and ranked third according to refining throughput. It is a subsidiary of Gazprom, which owns about 96% of its shares. The company is registered and headquartered in St. Petersburg after central offices were relocated from Moscow in 2011.

The Phillips 66 Company is an American multinational energy company headquartered in Westchase, Houston, Texas. It debuted as an independent energy company when ConocoPhillips executed a spin-off of its downstream and midstream assets. Taking its name from the 1927 "Phillips 66" trademark of ConocoPhillips predecessor Phillips Petroleum Company, Phillips 66 began trading on the New York Stock Exchange on May 1, 2012, under the ticker PSX. The company is engaged in producing natural gas liquids (NGL) and petrochemicals. The company has approximately 14,000 employees worldwide and is active in more than 65 countries. Phillips 66 is ranked No. 28 on the Fortune 500 list and No. 67 on the Fortune Global 500 list as of 2018.

On the Run is a flagship convenience store brand developed by ExxonMobil, used at Exxon and Mobil stations in the United States, and at Esso and Mobil stations internationally. Alimentation Couche-Tard acquired the On the Run trademark and franchise network in the U.S. in 2009, and Parkland Fuel did the same in Canada in 2016; ExxonMobil retains full ownership of the brand in the rest of the world.

Glitnir was an international Icelandic bank. It was created by the state-directed merger of the country's three privately held banks - Alþýðubanki, Verzlunarbanki and Iðnaðarbanki - and one failing publicly held bank - Útvegsbanki - to form Íslandsbanki in 1990. At the time, Íslandsbanki was the only major privately held commercial bank in Iceland. It was publicly listed on the Iceland Stock Exchange, in 1993. Íslandsbanki subsequently merged with FBA Icelandic Investment Bank in 2000.

The Icelandic New Business Venture Fund is an independent company owned by the Icelandic government. It began operations in 1998 after a 1997 reorganization of the banking sector of Iceland. The organization is supervised by the Ministry of Industry and Commerce. Its purposes are strengthening the economy of Iceland and increasing its internationalization. Some of the organization's activities included helping to start Icelandic New Energy and providing start-up capital to companies. It was founded with a budget of ISK 5 billion. However, the organization was not a major success and made few notable accomplishments.

Taxes in Iceland are levied by the state and the municipalities. Property rights are strong and Iceland is one of the few countries where they are applied to fishery management. Taxpayers pay various subsidies to each other, similar to European countries that are welfare states, but the spending is less than in most European countries. Despite low tax rates, overall taxation and consumption is still much higher than in countries such as Ireland. Employment regulations are relatively flexible.

Askar Capital was an investment bank in Iceland (2007–2010) offering advisory services related to investments in alternative financial products. The bank was established at the beginning of 2007 after a series of mergers, building on its history from 1993 as a financial advisor. The specialities of Askar Capital were corporate finance, real estate investments and debt management. As an authorized Investment Bank, Askar Capital was regulated by the Financial Supervisory Authority, headquartered in Reykjavik. The bank was heavily affected by the collapse of the major Icelandic banks in October 2008. The company carried on but eventually filed for bankruptcy on July 14, 2010.