Old World monkey is the common English name for a family of primates known taxonomically as the Cercopithecidae /ˌsɜːrkoʊpɪˈθɛsɪdiː/ . Twenty-four genera and 138 species are recognized, making it the largest primate family. Old World monkey genera include baboons (genus Papio ) and macaques (genus Macaca ). Common names for other Old World monkeys include the talapoin, guenon, colobus, douc (douc langur, genus Pygathrix ), vervet, gelada, mangabey (a group of genera), langur, mandrill, surili ( Presbytis ), patas, and proboscis monkey. Phylogenetically, they are more closely related to apes than to New World monkeys. They diverged from a common ancestor of New World monkeys around 45 to 55 million years ago. [3]

The smallest Old World monkey is the talapoin, with a head and body 34–37 cm in length, and weighing between 0.7 and 1.3 kg. The largest is the male mandrill, around 70 cm in length, and weighing up to 50 kg. [4] Old World monkeys have a variety of facial features; some have snouts, some are flat nosed, and many exhibit coloration. Most have tails, but they are not prehensile.

Old World monkeys are native to Africa and Asia today, inhabiting numerous environments: tropical rain forests, savannas, shrublands, and mountainous terrain. They inhabited much of Europe in the past; today, the only survivors in Europe are the Barbary macaques of Gibraltar. Whether they are native to Gibraltar or were brought by humans is unknown.

Some Old World monkeys are arboreal, such as the colobus monkeys; others are terrestrial, such as the baboons. Most are at least partially omnivorous, but all prefer plant matter, which forms the bulk of their diets. Most are highly opportunistic, primarily eating fruit, but also consuming almost any food items available, such as flowers, leaves, bulbs and rhizomes, insects, snails, small mammals, [4] and garbage and handouts from humans.

Two subfamilies are recognized, the Cercopithecinae, which are mainly African, but include the diverse genus of macaques, which are Asian and North African, and the Colobinae, which includes most of the Asian genera, but also the African colobus monkeys.

The Linnaean classification beginning with the superfamily is:

The distinction between apes and monkeys is complicated by the traditional paraphyly of monkeys: Apes emerged as a sister group of Old World monkeys in the catarrhines, which are a sister group of New World monkeys. Therefore, cladistically, apes, catarrhines and related contemporary extinct groups, such as Parapithecidae, are monkeys as well, for any consistent definition of "monkey".

"Old World monkey" may also legitimately be taken to be meant to include all the catarrhines, including apes and extinct species such as Aegyptopithecus , [5] in which case the apes, Cercopithecoidea and Aegyptopithecus as well as (under an even more expanded definition) even the Platyrrhini [6] emerged within the Old World monkeys.

Old World monkeys are medium to large in size, and range from arboreal forms, such as the colobus monkeys, to fully terrestrial forms, such as the baboons. The smallest is the talapoin, with a head and body 34–37 cm in length, and weighing between 0.7 and 1.3 kilograms, while the largest is the male mandrill (the females of the species being significantly smaller), at around 70 cm in length, and weighing up to 50 kilograms. [4]

The distinction of catarrhines from platyrrhines depends on the structure of the rhinarium, and the distinction of Old World monkeys from apes depends on dentition (the number of teeth is the same in both, but they are shaped differently). In platyrrhines, the nostrils face sideways, while in catarrhines, they face downward. Other distinctions include both a tubular ectotympanic (ear bone), and eight, not twelve, premolars in catarrhines, giving them a dental formula of: 2.1.2.32.1.2.3

Several Old World monkeys have anatomical oddities. For example, the colobus monkeys have stubs for thumbs to assist with their arboreal movement, the proboscis monkey has an extraordinary nose, while the snub-nosed monkeys have almost no nose at all.

The penis of the male mandrill is red and the scrotum is lilac; the face is also brightly colored. The coloration is more pronounced in dominant males. [7]

The Old World monkeys are native to Africa and Asia today, inhabiting numerous environments: tropical rain forests, savannas, shrublands, and mountainous terrain. They inhabited much of Europe during the Neogene period; [8] today the only survivors in Europe are the Barbary macaques of Gibraltar.

Most Old World monkeys are at least partially omnivorous, but all prefer plant matter, which forms the bulk of their diet. Leaf monkeys are the most vegetarian, subsisting primarily on leaves, and eating only a small number of insects, while the other species are highly opportunistic, primarily eating fruit, but also consuming almost any food items available, such as flowers, leaves, bulbs and rhizomes, insects, snails, and even small vertebrates. [4] The Barbary macaque's diet consists mostly of leaves and roots, though it will also eat insects and uses cedar trees as a water source. [9]

Gestation in the Old World monkeys lasts between five and seven months. Births are usually single, although, as with humans, twins occur occasionally. The young are born relatively well-developed, and are able to cling onto their mother's fur with their hands from birth. Compared with most other mammals, they take a long time to reach sexual maturity, with four to six years being typical of most species.

In most species, daughters remain with their mothers for life, so that the basic social group among Old World monkeys is a matrilineal troop. Males leave the group on reaching adolescence, and find a new troop to join. In many species, only a single adult male lives with each group, driving off all rivals, but others are more tolerant, establishing hierarchical relationships between dominant and subordinate males. Group sizes are highly variable, even within species, depending on the availability of food and other resources. [4]

Gray langurs, also called Hanuman langurs or Hanuman monkeys, are Old World monkeys native to the Indian subcontinent constituting the genus Semnopithecus. Traditionally only one species Semnopithecus entellus was recognized, but since about 2001, additional species have been recognized. The taxonomy has been in flux, but currently eight species are recognized.

The Colobinae are a subfamily of the Old World monkey family that includes 61 species in 11 genera, including the black-and-white colobus, the large-nosed proboscis monkey, and the gray langurs. Some classifications split the colobine monkeys into two tribes, while others split them into three groups. Both classifications put the three African genera Colobus, Piliocolobus, and Procolobus in one group; these genera are distinct in that they have stub thumbs. The various Asian genera are placed into another one or two groups. Analysis of mtDNA confirms the Asian species form two distinct groups, one of langurs and the other of the "odd-nosed" species, but are inconsistent as to the relationships of the gray langurs; some studies suggest that the gray langurs are not closely related to either of these groups, while others place them firmly within the langur group.

The surilis are a group of Old World monkeys and make up the entirety of the genus Presbytis. They live in the Thai-Malay Peninsula, on Sumatra, Borneo, Java and smaller nearby islands. Besides surili, the common names for the monkeys in the genus also sometimes use the terms "langur" or "leaf monkey." 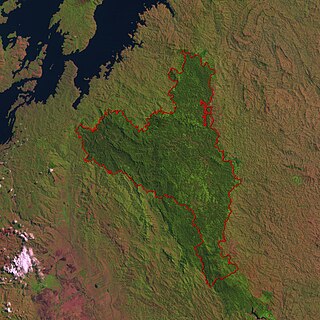 Hepatocystis is a genus of parasites transmitted by midges of the genus Culicoides. Hosts include Old World primates, bats, hippopotamus and squirrels. This genus is not found in the New World. The genus was erected by Levaditi and Schoen, 1932, as Hepatocystes. 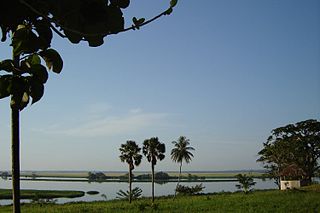