Olga Nikolaevna Bondareva (April 27, 1937 – December 9, 1991) was a distinguished Soviet mathematician and economist. She contributed to the fields of mathematical economics, especially game theory.

Bondareva is best known as one of the two independent discoverers of the Bondareva–Shapley theorem. [1]

She was married to Lev Alexandrovich Gordon, and had two sons: Maxim (b. 1966 ) and Gregory (b. 1974 ). She was killed while crossing the street in St. Petersburg.

Kalmyk Oirat, commonly known as the Kalmyk language, is a register of the Oirat language, natively spoken by the Kalmyk people of Kalmykia, a federal subject of Russia. In Russia, it is the standard form of the Oirat language, which belongs to the Mongolic language family. The Kalmyk people of the northwest Caspian Sea of Russia claim descent from the Oirats from Eurasia, who have also historically settled in Mongolia and northwest China. According to UNESCO, the language is "Definitely endangered". According to the Russian census of 2010, there are 80,500 speakers of an ethnic population consisting of 183,000 people.

Andrey (Andrei) Nikiforovich Voronikhin was a Russian architect and painter. As a representative of classicism he was also one of the founders of the monumental Russian Empire style. Born a serf of the Stroganov family, he is best known for his work on Kazan Cathedral in Saint Petersburg.

Naum Ilyich Akhiezer was a Soviet mathematician of Jewish origin, known for his works in approximation theory and the theory of differential and integral operators. He is also known as the author of classical books on various subjects in analysis, and for his work on the history of mathematics. He is the brother of the theoretical physicist Aleksander Akhiezer.

Mikhail Yegorovich Vaschenko-Zakharchenko was a Russian mathematician, member of Moscow Mathematical Society from 1866 and Privy Councillor of Russia from 1908. His major areas of research included the history of geometry in antiquity and Lobachevskian geometry. 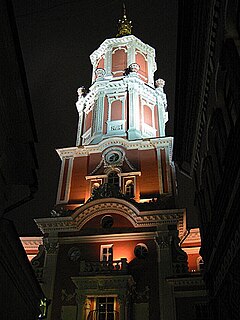 Etymological Dictionary of Slavic Languages. Proto-Slavic Lexical Stock is an etymological dictionary of the reconstructed Proto-Slavic lexicon. It has been continuously published since 1974 until present, in 40 volumes, making it one of the most comprehensive in the world.

Olexander Chyrkov — the head of the department of Germanic Philology and Foreign Literature, the head of Scientific and Artistic Complex "Dramaturgy" of the Institute of Foreign Languages Zhytomyr Ivan Franko State University, member of the Academy of Sciences of Higher Education of Ukraine, Doctor of Philology, Professor. 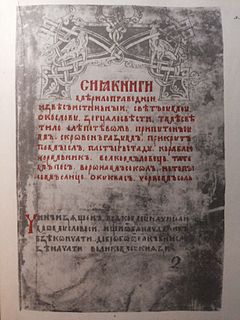 Merílo Právednoye or Just Measure is Old Russian legal collection of the end of the 13th or the beginning of the 14th century, preserved in the copies of the 14th to the 16th centuries. The name was given in the modern literature, it was taken from the first words of this text: "this books is just measure, true weighing...". Just Measure was written in Old Church Slavonic and Old Russian.

Chimera was a Russian underground rock band formed by singer/guitarist Edward Starkov and lead-guitarist Gennady Bachinsky in St. Petersburg in 1990. It was the main group of the club Tamtam, in which Korol i Shut and Tequilajazzz also performed. Chimera repeatedly gave concerts in Germany.

The All-Union Art Exhibition devoted to the 40th anniversary of the October Revolution was one of the largest art exhibitions in Soviet history. Exhibition took place in Manezh Exhibition Hall from November 5, 1957, to May 1958.

The House of Creativity "Staraya Ladoga" was an all-Russian centre for artistic creativity, which existed in the Volkhovsky District of Leningrad Oblast from the mid-20th century up to the 1990s. It was located opposite the ancient village of Staraya Ladoga on the right bank of the Volkhov River.

Yuriy Semenov - Soviet and Russian historian, philosopher, anthropologist, expert on the history of philosophy, history of primitive society, and the theory of knowledge. He is also the original creator of the globally-formation (relay-stadial) concept of world history and is a Doctor of Philosophy, Doctor of Historical Sciences, and Professor. 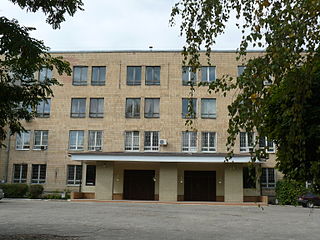 The School of Physics and Technology is one of the four physics schools of the V. N. Karazin Kharkiv National University. It specializes in the fields of theoretical physics, nuclear physics, plasma physics, materials science and medical physics. Distinctive features of the school include close cooperation with the Kharkiv Institute of Physics and Technology, and fundamental theoretical training in style of the Landau school, to which many instructors of the faculty belong.

YuriiVladimirovich Egorov was a Russian-Soviet mathematician who specializes in differential equations.

Olga Chupris — is the Vice-Rector for Academic Affairs and Educational Innovations at the Belarusian State University. She is also a Doctor of Law, and a Professor. Olga is the first female vice rector of the BSU, which is the oldest and largest university in Belarus. 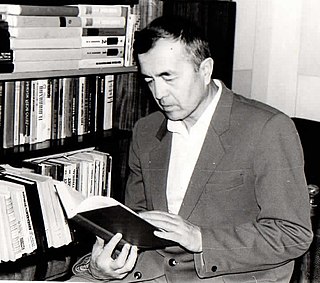 Numan Yunusovich Satimov – Soviet and Uzbek mathematician, Doktor Nauk in Physical and Mathematical Sciences, academician of the Academy of Sciences of Uzbekistan, laureate of the Biruni State Prize (1985). Specialist in the theory of differential equations, control theory and their applications.