Born September 21 in Pittsburgh, Pennsylvania, to Harry and Lydia (Barchfeld) Price, she attended the University of Pittsburgh in 1922–23, then worked as an advertising copywriter for department stores in Pittsburgh until 1928, then began her writing career. She married R. M. Cherryholmes on June 30, 1927. She was also known as Olive M. Price, and wrote under the pseudonyms of Anne Cherryholmes and Barbara West.

The Stratemeyer Syndicate was a publishing company that produced a number of mystery book series for children, including Nancy Drew, the Hardy Boys, the various Tom Swift series, the Bobbsey Twins, the Rover Boys, and others. They published and contracted the many pseudonymous authors doing the writing of the series from 1899 through 1987, when the syndicate partners sold the company to Simon & Schuster. 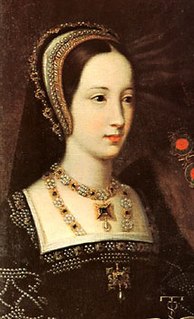 Mary Tudor was an English princess who was briefly Queen consort of France. She was the younger surviving daughter of King Henry VII of England and Elizabeth of York, and the third wife of Louis XII of France, who was more than 30 years older than she. Following his death, she married Charles Brandon, 1st Duke of Suffolk. Performed secretly in France, the marriage occurred without the consent of Mary's brother, Henry VIII. The marriage necessitated the intervention of Thomas Wolsey; Henry eventually pardoned the couple, after they paid a large fine. 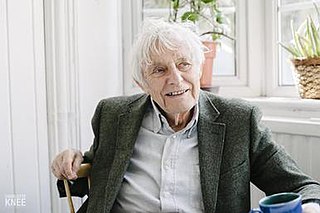 Daniel Abse, CBE FRSL was a Welsh poet and physician. His poetry won him many awards. As a medic, he worked in a chest clinic for over 30 years.

This article is a summary of literary events and publications during 1764.

Syd Hoff was an American cartoonist and children's book author, best known for his classic early reader Danny and the Dinosaur. His cartoons appeared in a multitude of genres, including advertising commissions for such companies as Eveready Batteries, Jell-O, OK Used Cars, S.O.S Pads, Rambler, Ralston Cereal, and more.

Doris "Doe" Burn was an American children's book author and illustrator. She lived most of her life on Waldron Island in the San Juan Islands archipelago of Washington.

The Secret Panel is Volume 25 in the original The Hardy Boys Mystery Stories published by Grosset & Dunlap.

The Small One is a 1978 American animated featurette produced by Walt Disney Productions and released theatrically by Buena Vista Distribution on December 16, 1978 with a re-issue of Pinocchio (1940). The story is based on a 1947 children's book of the same name by Charles Tazewell and was a project for the new generation of Disney animators including Don Bluth, Jerry Rees, Henry Selick, Gary Goldman, and John Pomeroy. The Ted Scott Flying Stories was a series of juvenile aviation adventures created by the Stratemeyer Syndicate using the pseudonym of Franklin W. Dixon and published almost exclusively by Grosset & Dunlap. The novels were produced between 1927 and 1943. The principal author was John W. Duffield, who also contributed to the Don Sturdy and Bomba the Jungle Boy series. As "Richard H. Stone" he also launched a second Stratemeyer aviation series, the Slim Tyler Air stories (1930–1932). Duffield was a conscientious student of aeronautical technology, and long passages in the Ted Scott books can be traced to such sources as Aviation, the New York Times,Aero Digest, and Science.

The Password to Larkspur Lane is the tenth volume in the Nancy Drew Mystery Stories series. It was first published in 1933 under the pseudonym Carolyn Keene. The actual author was ghostwriter Walter Karig in his third and final Nancy Drew novel and his final appearance for the Stratemeyer Syndicate. Due to Karig passing away in 1956, this book and his other two Nancy Drews, as of January 1, 2007, have passed into the public domain in Canada and other countries with a life-plus-50 policy. 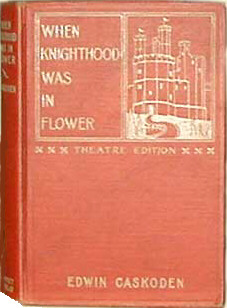 The Yearling is a novel by Marjorie Kinnan Rawlings published in March 1938. It was the main selection of the Book of the Month Club in April 1938. It was the best-selling novel in America in 1938 and the seventh-best in 1939. It sold over 250,000 copies in 1938. It has been translated into Spanish, Chinese, French, Japanese, German, Italian, Russian and 22 other languages. It won the 1939 Pulitzer Prize for the Novel.

Adrien Stoutenburg was an American poet and a prolific writer of juvenile literature. Her poetry collection Heroes, Advise Us was the 1964 Lamont Poetry Selection.

The Make Believe Stories series, begun in 1918 under the pseudonym of Laura Lee Hope, consisted of 12 books. The final book was published in 1923, while the series continued to be printed in different versions for years to come. It is highly likely that Lilian Garis and her husband Howard R. Garis were responsible for the writing of these books for the Stratemeyer Syndicate, although other syndicate authors may have been involved.

The Honey Bunch series of books were part of the Stratemeyer Syndicate's production of 20th century children's books featuring adventurous youngsters, which included the series Nancy Drew, the Hardy Boys and the Bobbsey Twins. This series was written under the pseudonym Helen Louise Thorndyke, and published for most of its duration by Grosset & Dunlap. The series began in 1923 and chronicled a young girl named Honey Bunch on her various trips and adventures. Along with Laura Lee Hope's series Bunny Brown and His Sister Sue, it was one of their most famous series for younger children.

Irving Seidmon Docktor was an American artist and educator best known for his work as a book and magazine illustrator in the 1950s and 1960s. An early work on the history of paperbacks identified Docktor and Edward Gorey as executing some of the most interesting and appealing cover designs in the field. 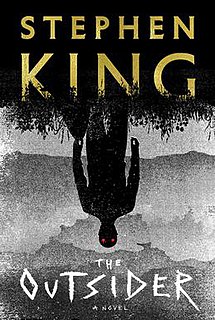 The Outsider (2018) is a horror novel by the American author Stephen King. The novel was published by Scribner.