Members of the committee are 47 sports federations, which elect the Executive Council composed of the president and seventeen members.

Serbian Olympic Club (Serbian : Српски олимпијски клуб / Srpski olimpijski klub) was established on February 23, 1910. Major Svetomir Đukić is considered the founder of the Olympic movement in Serbia. In 1912 the Serbian Olympic Club has changed its name to the Olympic Committee of Serbia and that year it was recognized by the IOC. After Creation of Yugoslavia, Yugoslav Olympic Committee (Југословенски олимпијски комитет / Jugoslovenski olimpijski komitet) as created in Zagreb, Croatia in 1919, before moving to Belgrade in 1927. It was recognized by IOC in 1920. After renaming the country FR Yugoslavia to Serbia and Montenegro, it changed its name to the Olympic Committee of Serbia and Montenegro (Олимпијски комитет Србије и Црне Горе / Olimpijski komitet Srbije i Crne Gore). In 2006 Serbia became an independent country after Montenegrin independence referendum, and Olympic Committee of Serbia returns to its original name. [1] Belgrade, the capital of Serbia and Yugoslavia was two times submitted bids to host the Summer Olympic Games. They wanted to organize the 1992 Summer Olympics and 1996 Summer Olympics.

The Serbian National Federations are the organizations that coordinate all aspects of their individual sports. They are responsible for training, competition and development of their sports. There are currently 35 Olympic Summer and 7 Winter Sport Federations and five another Sports Federations in Serbia.

Decision by the Board, then the Yugoslav Olympic Committee, JOK since 1994. at the end of each calendar year proclaimed the most successful athletes. Initially declared sportswoman and sportsman, and later introduced the award for best the women's team, the men's team, coach, young sportsperson and youth team. The competition includes results from current Olympic sports, also and from Chess Olympiad.

The Scout movement in Yugoslavia was served by different organizations during the existence of the multi-ethnic state. 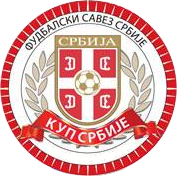 The Serbian Cup is the national football cup of Serbia. The winner of the competition gets a spot in the UEFA Europa Conference League qualifying round.

Teams from Yugoslavia first participated at the Olympic Games in 1920. Previously, several athletes from Croatia, Slovenia and northern Serbian province Vojvodina had competed for Austria or Hungary when those countries were part of the Empire of Austria-Hungary. A small team of two athletes had competed distinctly for Serbia at the 1912 Summer Olympics. 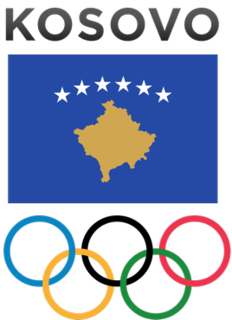 Aleksa Šaponjić, is a Serbian water polo player, and a member of the Serbia men's national water polo team. His first notable competition with his national team was the 2012 European Championship in Eindhoven, the outcome was a win. He currently attends the University of California, Berkeley and plays for the CA Golden Bears water polo team.

Weightlifting has been part of the Olympic Games program since 1896.