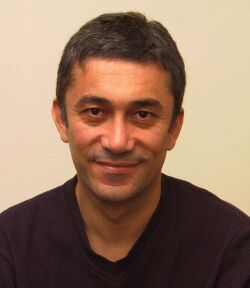 Derviş Zaim is a Turkish Cypriot filmmaker and novelist, who has twice won the Golden Orange for Best Director for Elephants and Grass (2000) and Dot (2008); Golden Oranges for Best Film and Best Screenplay for Somersault in a Coffin (1996); and the Yunus Nadi literary prize for his debut novel Ares in Wonderland (1995).

Ümit Ünal, is a film director, screenwriter and author. He is the scriptwriter for eight Turkish feature films including Teyzem (1986), Hayallerim, Askim ve Sen (1987). His first feature film as a director is 9 which won many awards in various film festivals and was the Official Turkish Entry for the 2003 Academy Award for Best Foreign Language Film. He wrote and directed seven feature films including Istanbul Tales, Ara, Gölgesizler (Shadowless), Ses and Nar. 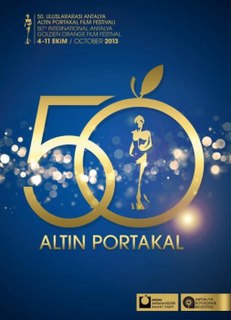 The Antalya Film Festival previously known as Antalya Golden Orange Film Festival is a film festival, held annually since 1963 in Antalya, is the most important film festival in Turkey. Since 2009, the event, which takes place in the autumn months at the Antalya Cultural Center, has been organised solely by the Antalya Foundation for Culture and Arts and has included an international section within the main body of the festival. The most recent edition of the festival was the 54th International Antalya Film Festival. 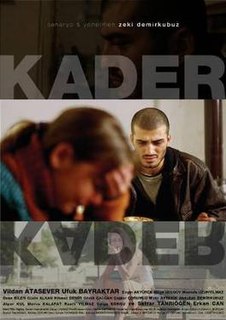 Destiny is a 2006 Turkish drama film, produced, written and directed by Zeki Demirkubuz, starring Vildan Atasever as a bar singer who is in love with a somewhat unstable criminal. The film, which went on nationwide general release across Turkey on November 17, 2006, won awards at film festivals in Antalya, Ankara, Nuremberg and Istanbul, including the Golden Orange for Best film. It is a prequel to Innocence (1997).

Egg is a 2007 Turkish drama film directed by Semih Kaplanoğlu. The film is the first instalment of the Yusuf Trilogy, named after the eponymous lead character of the series, which includes Milk and Honey, filmed and released in reverse chronological order. It was shown Directors' Fortnight at the 60th Cannes Film Festival.

Semih Kaplanoğlu is a Turkish screenwriter, film director and producer.

International Adana Film Festival previously known as Altın Koza International Film Festival is a film festival of Adana, that was held 17 times since 1969 and took place every year since 2005. The event is organized by the Adana Metropolitan Municipality and takes place in June. Beginning from 2006, the scope of the festival is broadened to an international dimension within the framework of the cinema in Mediterranean basin countries.

The 46th International Antalya Golden Orange Film Festival was a film festival held in Antalya, Turkey which ran from 19 to 17 October 2009. 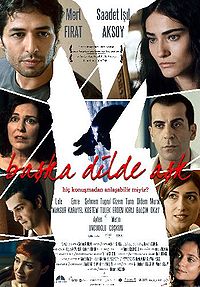 Love in Another Language is a 2009 Turkish drama film directed by İlksen Başarır, starring Mert Fırat as a young deaf man who falls in love with a call-center worker. The film, which went on nationwide general release on December 18, 2009, won awards at film festivals in Antalya, Bursa and Ankara as well as the 3rd Yeşilçam Awards. 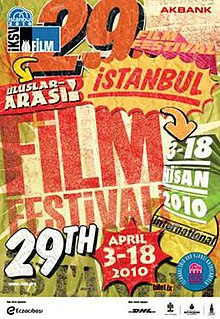 The 29th International Istanbul Film Festival was a film festival held in Istanbul, Turkey, which ran from April 3 to 18, 2010. More than 200 films were screened in 23 categories at seven movie theatres including Atlas, Rüya, Beyoğlu, Sinepop, Pera Museum theaters in Beyoğlu, the Kadıköy theater in Kadıköy and the Nişantaşı CityLife Cinema (City’s).

The 47th International Antalya Golden Orange Film Festival was a film festival held in Antalya, Turkey which ran from October 9 to 14, 2010. Prizes were awarded in four competitions in the course of the festival, at which 191 films were shown at 12 venues across the city with the theme Cinema and Social Interaction and Italian actress Claudia Cardinale was the guest of honor.

The International 17th Adana Golden Boll Film Festival was a film festival held in Adana, Turkey which ran from September 20 to 26, 2010. Prizes totalling 575,000 Turkish Liras were awarded in three categories and more than 200 films were shown at nine different locations, including the Cinebonus, Airplex and Metropol cinemas, in the course of the festival, at which films promoting the ideals of democracy were shown and Greek Director Theo Angelopoulos was the guest of honor. 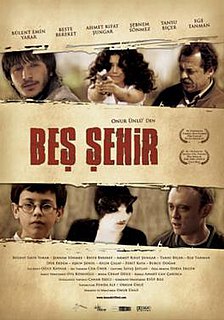 Five Cities is a 2010 Turkish drama film, written, produced and directed by Onur Ünlü, about a young policeman just arrived in Istanbul who falls in love with a woman in a candy shop. The film, which went on nationwide general release across Turkey on April 9, 2010, won awards at film festivals in Antalya and Istanbul and has been described as, an absurd poetic tale of five seemingly unrelated people’s lives.

The 18th International Adana Golden Boll Film Festival was a film festival held in Adana, Turkey from September 17 to 25, 2011. Cash prizes totalling 936,000 Turkish Liras, the highest amount given by a film festival in Turkey, were awarded for all categories, for the first time in Turkey, in three competitive sections, nearly 220 films were shown both in and out of competition in a selection described by critic Ali Koca as "one of the event’s strongest in recent years," following disappointment with the previous year's hastily rescheduled event, and there were also a range of lectures, workshops and other events, including the 1st International Golden Boll Film Congress, said to be the first to be organised during a film festival.

The Extremely Tragic Story of Celal Tan and His Family is a 2011 Turkish comedy-drama film, written and directed by Onur Ünlü, starring Selçuk Yöntem as a widowed constitutional law professor, whose life takes a turn for the worse when he remarries to a university student, whose life he has saved. The film was awarded Best Film and Best Screenplay at the 18th International Adana Golden Boll Film Festival where it premiered.

Serkan Keskin is a Turkish actor, director and musician. He is best known for his role as İsmail in hit surreal comedy series Leyla and Mecnun and other awarded movies. He has appeared in more than thirty films since 2004.