Open content describes any work that others can copy or modify freely by attributing to the original creator, but without needing to ask for permission. This has been applied to a range of formats, including textbooks, academic journals, films and music. The term was an expansion of the related concept of open-source software. [1] Such content is said to be under an open licence.

The concept of applying free software licenses to content was introduced by Michael Stutz, who in 1994 wrote the paper "Applying Copyleft to Non-Software Information" for the GNU Project. The term "open content" was coined by David A. Wiley in 1998 and evangelized via the Open Content Project , describing works licensed under the Open Content License (a non-free share-alike license, see 'Free content' below) and other works licensed under similar terms. [1]

It has since come to describe a broader class of content without conventional copyright restrictions. The openness of content can be assessed under the '5Rs Framework' based on the extent to which it can be reused, revised, remixed and redistributed by members of the public without violating copyright law. [2] Unlike free content and content under open-source licenses, there is no clear threshold that a work must reach to qualify as 'open content'.

Although open content has been described as a counterbalance to copyright, [3] open content licenses rely on a copyright holder's power to license their work, similarly as copyleft which also utilizes copyright for such a purpose.

In 2003 Wiley announced that the Open Content Project has been succeeded by Creative Commons and their licenses, where he joined as "Director of Educational Licenses". [4] [5]

In 2005, the Open Icecat project was launched, in which product information for e-commerce applications was created and published under the Open Content License. It was embraced by the tech sector, which was already quite open source minded.

Another successor project is the Open Knowledge Foundation (OKF), [10] founded by Rufus Pollock in Cambridge, UK in 2004 [11] as a global non-profit network to promote and share open content and data. [12] In 2007 the Open Knowledge Foundation gave an Open Knowledge Definition for "Content such as music, films, books; Data be it scientific, historical, geographic or otherwise; Government and other administrative information". [13] In October 2014 with version 2.0 Open Works and Open Licenses were defined and "open" is described as synonymous to the definitions of open/free in the Open Source Definition, the Free Software Definition and the Definition of Free Cultural Works. [14] A distinct difference is the focus given to the public domain and that it focuses also on the accessibility ("open access") and the readability ("open formats"). Among several conformant licenses, six are recommended, three own (Open Data Commons Public Domain Dedication and Licence (PDDL), Open Data Commons Attribution License (ODC-BY), Open Data Commons Open Database License (ODbL)) and the CC BY, CC BY-SA, and CC0 creative commons licenses. [15] [16] [17]

The OpenContent website once defined OpenContent as 'freely available for modification, use and redistribution under a license similar to those used by the open-source / free software community'. [1] However, such a definition would exclude the Open Content License (OPL) because that license forbade charging 'a fee for the [OpenContent] itself', a right required by free and open-source software licenses.[ citation needed ]

The term since shifted in meaning. OpenContent "is licensed in a manner that provides users with free and perpetual permission to engage in the 5R activities." [2]

The 5Rs are put forward on the OpenContent website as a framework for assessing the extent to which content is open:

This broader definition distinguishes open content from open-source software, since the latter must be available for commercial use by the public. However, it is similar to several definitions for open educational resources, which include resources under noncommercial and verbatim licenses. [18] [19]

Over the past decade, open content has been used to develop alternative routes towards higher education. Traditional universities are expensive, and their tuition rates are increasing. [21] Open content allows a free way of obtaining higher education that is "focused on collective knowledge and the sharing and reuse of learning and scholarly content." [22] There are multiple projects and organizations that promote learning through open content, including OpenCourseWare Initiative, The Saylor Foundation and Khan Academy. Some universities, like MIT, Yale, and Tufts are making their courses freely available on the internet. [23]

The textbook industry is one of the educational industries in which open content can make the biggest impact.name =Khing Phyo San "funny monkey">Fitzgerald, Bill (2012). "Using Open Content To Drive Educational Change". Funny Monkey. Retrieved 18 April 2012.</ref> Traditional textbooks, aside from being expensive, can also be inconvenient and out of date, because of publishers' tendency to constantly print new editions. [24] Open textbooks help to eliminate this problem, because they are online and thus easily updatable. Being openly licensed and online can be helpful to teachers, because it allows the textbook to be modified according to the teacher's unique curriculum. [25] There are multiple organizations promoting the creation of openly licensed textbooks. Some of these organizations and projects include The University of Minnesota's Open Textbook Library, Connexions, OpenStax College, The Saylor Foundation Open Textbook Challenge and Wikibooks

According to the current definition of open content on the OpenContent website, any general, royalty-free copyright license would qualify as an open license because it 'provides users with the right to make more kinds of uses than those normally permitted under the law. These permissions are granted to users free of charge.' [2]

Creative Commons (CC) is an American non-profit organization devoted to expanding the range of creative works available for others to build upon legally and to share. The organization has released several copyright-licenses, known as Creative Commons licenses, free of charge to the public. These licenses allow creators to communicate which rights they reserve and which rights they waive for the benefit of recipients or other creators. An easy-to-understand one-page explanation of rights, with associated visual symbols, explains the specifics of each Creative Commons license. Creative Commons licenses do not replace copyright but are based upon it. They replace individual negotiations for specific rights between copyright owner (licensor) and licensee, which are necessary under an "all rights reserved" copyright management, with a "some rights reserved" management employing standardized licenses for re-use cases where no commercial compensation is sought by the copyright owner. The result is an agile, low-overhead, and low-cost copyright-management regime, benefiting both copyright owners and licensees.

The Open Content License is a share-alike public copyright license by Open Content Project in 1998. The license can be applied to a work to make it open content. It is one of the earliest non-software free content licenses.

A Creative Commons (CC) license is one of several public copyright licenses that enable the free distribution of an otherwise copyrighted "work". A CC license is used when an author wants to give other people the right to share, use, and build upon a work that they have created. CC provides an author flexibility and protects the people who use or redistribute an author's work from concerns of copyright infringement as long as they abide by the conditions that are specified in the license by which the author distributes the work.

Openness is an overarching concept or philosophy that is characterized by an emphasis on transparency and collaboration. That is, openness refers to "accessibility of knowledge, technology and other resources; the transparency of action; the permeability of organisational structures; and the inclusiveness of participation". Openness can be said to be the opposite of closedness, central authority and secrecy. 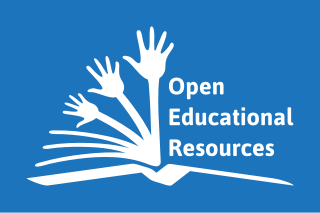 Open educational resources (OER) are freely accessible, openly licensed text, media, and other digital assets that are useful for teaching, learning, and assessing as well as for research purposes. 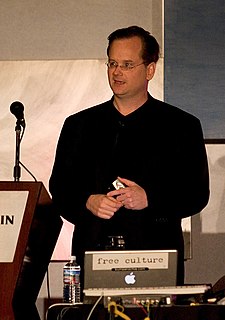 OpenStax CNX, formerly called Connexions, is a global repository of educational content provided by volunteers. The open source platform is provided and maintained by OpenStax, which is based at Rice University. The collection is available free of charge, can be remixed and edited, and is available for download in various digital formats.

Open-source Judaism is a name given to initiatives within the Jewish community employing Open Content and open-source licensing strategies for collaboratively creating and sharing works about or inspired by Judaism. Open-source efforts in Judaism utilize licensing strategies by which contemporary products of Jewish culture under copyright may be adopted, adapted, and redistributed with credit and attribution accorded to the creators of these works. Often collaborative, these efforts are comparable to those of other open-source religious initiatives inspired by the free culture movement to openly share and broadly disseminate seminal texts and techniques under the aegis of Copyright law. Combined, these initiatives describe an open-source movement in Judaism that values correct attribution of sources, creative sharing in an intellectual Commons, adaptable future-proof technologies, open technological standards, open access to primary and secondary sources and their translations, and personal autonomy in the study and craft of works of Torah.

Free content, libre content, or free information, is any kind of functional work, work of art, or other creative content that meets the definition of a free cultural work.

An open textbook is a textbook licensed under an open copyright license, and made available online to be freely used by students, teachers and members of the public. Many open textbooks are distributed in either print, e-book, or audio formats that may be downloaded or purchased at little or no cost.