Notable names in the company include its founders,the veteran film producers Raymond Chow (鄒文懐) and Leonard Ho (何冠昌). Chow and Ho were executives with Hong Kong's top studio Shaw Brothers but left in 1970 to form their own studio. They succeeded by taking a different approach from the highly centralised Shaw model. Golden Harvest contracted with independent producers and gave talent more generous pay and greater creative freedom. Some filmmakers and actors from Shaw Brothers defected. But what really put the company on the map was a 1971 deal with soon-to-be martial arts superstar Bruce Lee with the film The Big Boss ,after he had turned down the low-paying standard contract offered him by the Shaws. Golden Harvest's films with Lee were the first Hong Kong films to reach a large worldwide audience. [3]

In 1973,Golden Harvest entered into a pioneering co-production with Hollywood for the English-language Bruce Lee film, Enter the Dragon (龍爭虎鬥),a worldwide hit made with the Warner Brothers studio and Concord Production Inc.

Following Lee's death,Golden Harvest found success with the Hui Brothers' comedies such as Games Gamblers Play (1974), The Last Message (1975),The Private Eyes (1976), The Contract (1978) and Security Unlimited (1981). The studio supplanted Shaw Brothers as Hong Kong's dominant studio by the end of the 1970s and retained that position into the 1990s.

Golden Harvest developed a worldwide film distribution operation and started producing films for an international market and had released eight by 1980,including The Amsterdam Kill (1978) starring Robert Mitchum and The Boys in Company C (1978) directed by Sidney J. Furie. It also released Jackie Chan's first film for the international market, The Big Brawl (1980),although it did not match the success of Enter the Dragon. In 1981, The Cannonball Run was a big hit. The studio also made Tom Selleck's first two films with him in a starring role, High Road to China (1983) and Lassiter (1984). Following the disappointing performance of these and others,Golden Harvest quietly withdrew from the US market. [3]

From the 1980s until very recently[ when? ],the studio produced almost all of the films of Jackie Chan,the studio's greatest asset for years. Golden Harvest has also produced a number of films with Jet Li and Donnie Yen.

In 1992,Golden Village,a 50:50 joint venture between Golden Harvest and Village Roadshow of Australia was set up to develop and operate modern,multiplex cinemas in Singapore. In 1993,Golden Harvest sold its film library to Star TV. [5]

Golden Harvest was listed on the Hong Kong Stock Exchange in 1994. [6]

Golden Harvest's activity has declined since the death of Leonard Ho in 1998. In 2003,they withdrew from film-making to concentrate on film financing,distribution,and cinema management in Hong Kong and in Mainland China.

In Malaysia, the group was instrumental in the formation of the country's two largest cinema chains: Golden Screen Cinemas, a joint venture with Malaysia's PPB Group who bought out Golden Harvest's stake for full ownership, and TGV Cinemas (formerly Tanjong Golden Village), a joint venture with Tanjong of Malaysia and Village Roadshow of Australia, the former having bought out the remaining stakes for full ownership. [12]

The company has recently acquired Warner Village in Taiwan. 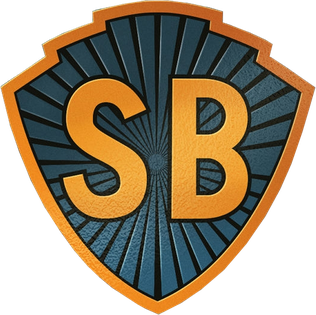 Shaw Brothers (HK) Ltd. was the largest film production company in Hong Kong, and operated from 1925 to 2011.

Sir Run Run Shaw, also known as Shao Yifu and Siu Yat-fu, was a Hong Kong entertainment mogul and philanthropist. He was one of the most influential figures in the Asian entertainment industry. He founded the Shaw Brothers Studio, one of the largest film production companies in Hong Kong, and TVB, the dominant television company in Hong Kong. 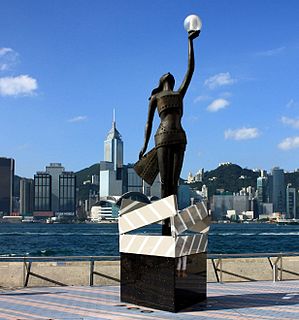 The cinema of Hong Kong is one of the three major threads in the history of Chinese language cinema, alongside the cinema of China and the cinema of Taiwan. As a former British colony, Hong Kong had a greater degree of political and economic freedom than mainland China and Taiwan, and developed into a filmmaking hub for the Chinese-speaking world.

Village Roadshow Limited is an Australian company which operates cinemas and theme parks, and produces and distributes films. Before being acquired by private equity company BGH Capital, the company was listed on the Australian Securities Exchange and majority owned by Village Roadshow Corporation, with members of founder Roc Kirby's family in the top roles. 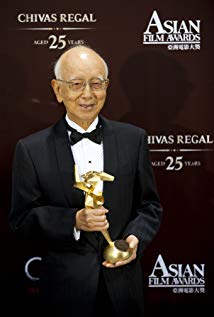 Raymond Chow Man-wai, was a Hong Kong film producer, and presenter. He was responsible for successfully launching martial arts and the Hong Kong cinema onto the international stage. As the founder of Golden Harvest, he produced some of the biggest stars of the martial arts film genre, including Bruce Lee, Jackie Chan, Sammo Hung, Jimmy Wang Yu and Tsui Hark. 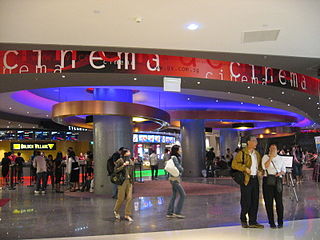 Golden Village is a cinema operator based in Singapore, fully owned by Orange Sky Golden Harvest of Hong Kong. It was initially set up as a 50:50 joint venture between Golden Harvest and Village Roadshow of Australia. It is the largest cinema chain in Singapore, operating 12 multiplexes and cineplexes in the country. It joined hands to open a cinema at Great World City, GV Grand. Started in 1992, it opened Asia's first multiplex, the Yishun 10 multiplex. The cinema has the extensive management, operational and marketing skills of Village, as well as broad depth of experience of Golden Harvest in both film distribution and production across Asia.

Village Cinemas is an Australian-based multinational film exhibition brand that mainly shows blockbuster, mainstream, children and family films and some arthouse, foreign language and documentary films. Since 2003, its Australian sites became a joint venture between Village Roadshow and Amalgamated Holdings Limited (AHL), forming Australian Theatres. Previous to this, Village Cinemas was the founding entity of parent company, Village Roadshow from 1954 when the first drive-in theatre was established, and from 1988 Warner Bros. owned a third share in the chain.

Ocean Shores Video Co., Ltd.(Chinese: 海岸貢獻錄影 有限公司 or Chinese: 海岸貢獻) is the home video division of Win's Entertainment Co Ltd. The company is owned by Television Broadcasts Limited the entertainment division of Panasonic, Pioneer and Philips was a Hong Kong based distributor of martial arts films in the 1980s.

TGV Cinemas Sdn Bhd is the second largest cinema chain in Malaysia. As of March 2019, TGV Cinemas had 38 multiplexes with 310 screens and more than 50,000 seats. TGV Cinemas is headquartered at Maxis Tower, Kuala Lumpur.

Media Asia Entertainment Group, Media Asia Group, is a Hong Kong production company and film distributor for films made in Hong Kong and throughout China. It is a subsidiary of Lai Sun Development Company Ltd.

Galaxy Entertainment Group ("GEG") (Chinese: 銀河娛樂集團 is a company that owns and operates hotels and casinos in Macau through its subsidiary, Galaxy Casino S.A.

CJ CGV is the largest multiplex cinema chain in South Korea and also has branches in China, Indonesia, Myanmar, Turkey, Vietnam, and the United States. The fifth largest multiplex theater company in the world, CJ CGV currently operates 3,412 screens at 455 locations in seven countries, including 1,111 screens at 149 locations in South Korea. CGV takes its name from the first letters of the joint venture partners at the time of launching; CJ, Golden Harvest, and Village Roadshow.

Mak Bing-wing was a Chinese actor active in Cantonese opera.

Wikimedia Commons has media related to Golden Harvest .
This page is based on this Wikipedia article
Text is available under the CC BY-SA 4.0 license; additional terms may apply.
Images, videos and audio are available under their respective licenses.