Orbest Orizonia Airlines, S.A., formerly Iberworld Airlines, S.A., was an airline with its head office in the Edificio Orizionia Corporación in Palma de Mallorca, Spain. [3] It operated regular and charter flights to destinations in Europe and the Caribbean, scheduled domestic services, and scheduled international services to Havana. In its 14-year history, Orbest Orizonia flew to four continents and operated routes to over 30 countries. Its main base was Palma de Mallorca Airport. [4] Orbest Orizonia was the air division of the Orizonia Group, Spain's third largest tour operator. [5]

Following the failure of BCM Airlines, Iberworld was founded by Iberostar, a Spanish tourist company, who wholly owned the new airline. Grupo Iberostar already owned a tour operator, Holiday resorts and hotels, and saw that buying BCM would be a quick way to acquire an airline. [5] The airline was established in 1998 and started operations on 11 April 1998 with a single Lockheed L-1011 Tristar leased from Classic Airways of the United Kingdom. The L-1011 was used on routes from Palma de Mallorca and Málaga to London. The next day, on 12 April 1998, the first Airbus A320-200 was delivered and it started services to complement the Tristar. By 5 May, a second A320-200 had been delivered and as the end of spring approached, they returned the L-1011 to Classic Airways. By the end of the year, however, Iberworld received two new A320 aircraft from Airbus, allowing them to make a 23.6 million Euro profit in eight months from carrying over 263,000 passengers. [5]

In February 1999, the airline took delivery of their first wide-body aircraft – an Airbus A310 – 300 from Transavia. Later that year, it received its fifth A320 and placed an order for two more of the type. 1999 was Iberworld's first full year of flying and passenger figures rose to over one million, the growth being so considerable due to the gap in the market left by Viva Air (which stopped operations in March 1999). This airline closure allowed Iberworld to open new routes to the Caribbean. [5] In 2000, Iberworld's growth was more modest, with passenger figures rising to 1.1 million with no new aircraft arriving. [5] Iberworld then placed their first order for a new wide-body in July 2001, an Airbus A330-200 to serve its long-haul destinations. Later that same year, the two A320s on order arrived; however, due to the 11 September attacks on the World Trade Center in New York, passenger numbers remained around the same as the previous year. [5]

In 2006, Grupo Iberostar decided to sell the airline and other parts of Iberostar for 800 million Euros while keeping the hotels and resorts. Iberworld, together with former Iberostar's tour operators, and Viajes Iberia became the new Orizonia Group owned by the UK's Carlyle Group (55%), Spain's Vista Capital (36%), the ICG Equity Fund (5%) and ten of the company's managers (4%). Later that same year, Iberworld carried over two million passengers, a major milestone in the airline's history. [5]

Iberworld took delivery of three A330-300 series aircraft, the larger A330 variant, another A320-200 (from Iberia) and leased the A330-200 to their Portuguese subsidiary Orbest. The modernized Airbus fleet of seven A320-200s, one A330-200 (leased to Orbest) and three A330-300s allowed Iberworld to report a profit every year since inception in 1998. [5] In 2008, the Iberworld fleet paint scheme was changed to a new design deemed more appealing and eye-catching.

On 1 May 2011, the airline was rebranded and changed its name to Orbest Orizonia.

Orbest Orizonia acceded to judicial protection on 15 February 2013, due to problems in its fusion with the Globalia Group, parent for Air Europa. [6] On 28 February 2013, it was announced publicly that the Spanish travel agency group Viajes Barceló would buy the airline Orbest along with another travel agent chain called Vibo. [7] Orbest previously employed over 800 employees but with this new deal by the Barceló group, the intention was to employ even more people,[ citation needed ] just over 900 employees. The airline declared bankruptcy on 5 May 2013 and ceased all operations subsequently.

By the time of ceasing operations, the Orbest Orizonia fleet consisted of the following aircraft: 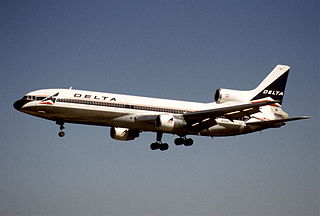 The Lockheed L-1011 TriStar, commonly referred to as the L-1011 or TriStar, is an American medium-to-long-range, wide-body trijet airliner by Lockheed Corporation. It was the third wide-body airliner to enter commercial operations, after the Boeing 747 and the McDonnell Douglas DC-10. The airliner has a seating capacity of up to 400 passengers and a range of over 4,000 nautical miles (7,410 km). Its trijet configuration has three Rolls-Royce RB211 engines with one engine under each wing, along with a third engine center-mounted with an S-duct air inlet embedded in the tail and the upper fuselage. The aircraft has an autoland capability, an automated descent control system, and available lower deck galley and lounge facilities. 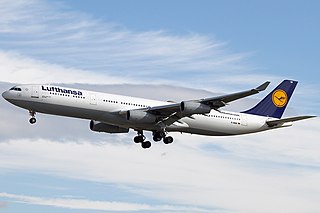 The Airbus A340 is a long-range, wide-body commercial passenger jet airliner that was developed and produced by the European aerospace company Airbus. In the mid-1970s, Airbus conceived several derivatives of the A300, its first airliner, and developed the A340 quadjet in parallel with the A330 twinjet. In June 1987, Airbus launched both designs with their first orders and the A340-300 took its maiden flight on 25 October 1991. It was certified along with the A340-200 on 22 December 1992 and both versions entered service in March 1993 with launch customers Lufthansa and Air France. The larger A340-500/600 were launched on 8 December 1997, the A340-600 flew for the first time on 23 April 2001 and entered service on 1 August 2002.

Air Transat is a Canadian airline based in Montreal, Quebec. Founded in 1986, it is the country's third-largest airline, operating scheduled and charter flights, serving 60 destinations in 25 countries. Air Transat is owned and operated by Transat A.T. Inc., having a fleet of 43 aircraft.

SriLankan Airlines is the flag carrier of Sri Lanka and a member airline of the Oneworld airline alliance. It is currently the largest airline in Sri Lanka by number of aircraft and destinations and was launched in 1979 as Air Lanka following the termination of operations of the original Sri Lankan flag carrier Air Ceylon. Following its partial acquisition in 1998 by Emirates, it was re-branded and the current livery was introduced. In 2008, the government of Sri Lanka acquired all the shares of the airline from Emirates. After ending the Emirates partnership, it retained its re-branded name and logo. SriLankan Airlines operates over 560 flights per week across Asia.

Air Scotland was a low-cost airline based in Glasgow, Scotland. It operated scheduled services from Glasgow Airport, and other UK airports, to the Mediterranean and Athens using the air operator's certificate of Greece Airways, a Greek registered company and licensed by the Greek Civil Aviation Authority.

Khalifa Airways was a passenger and cargo airline based in Algiers, Algeria which was founded in June 1999 by Rafik Khalifa and ceased flying in 2003.

Volar Airlines was an airline based in Palma de Mallorca, Spain. It was a successor organization to LTE International Airways and was rebranded as LTE again in 2005.

Edelweiss Air is a Swiss leisure airline and the sister company of Swiss International Air Lines. It operates flights to European and intercontinental destinations from its base at Zurich Airport. 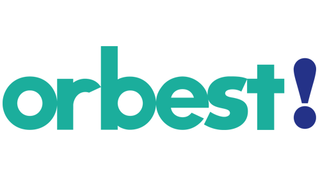 Orbest is a Portuguese airline headquartered in Lisbon and based at Lisbon Airport, that operates scheduled and charter flights in short and long haul operations, mainly out of Portugal on behalf of tour operators but also out of Spain on behalf of its sister company Evelop Airlines.

Lufttransport Süd, or LTS, was an airline based in Munich and it flew from May 1984 until it merged with LTU in 1998.

The Orizonia Group was a Spanish tour operator which was founded in 2006. The company was based on the Spanish island of Mallorca, in the Mediterranean Sea. It was the third largest tour operator in Spain.

Evelop Airlines, branded as evelop!, is a Spanish charter airline that operates short- and long-haul flights out of Spain and Portugal on behalf of tour operators. It is owned by Barceló Viajes, and a subsidiary of Orbest, an airline bought by Barceló Group in 2013 following the collapse of Orizonia Corporation. The airline is headquartered in Palma de Mallorca, Spain.