The Orchestre National du Capitole de Toulouse is a French orchestra based in Toulouse. It acts as both a symphony orchestra whose main residence is Toulouse's Halle aux Grains, and the permanent orchestra of the Théâtre du Capitole in Toulouse.

Until Plasson's era, the orchestra was a purely operatic orchestra, rarely playing symphonies and almost never touring. Within twelve years, Plasson's insistence of higher artistic standards and goals had improved the orchestra's reputation dramatically. He began a period of critically acclaimed recordings and tours, and in 1980 the orchestra was bestowed the title of a French 'National' orchestra. Since 1974, the Halle aux Grains become the orchestra's main concert hall. It was originally a market and was later converted to a boxing arena, before becoming the orchestra's principle symphonic residence.

Plasson's flamboyant personality, his insistence on playing and recording the French repertoire (especially rarely played pieces), and his record deal with EMI, combined to make the orchestra the "reference" French orchestra, the most visible and most visibly French, with approximately one hundred records released. He also created a fundraising group called 'Aida', which has many large business donors, most notably Airbus, as well as banks. 'Aida' contributes to the orchestra's very busy international touring calendar, and recordings. It was early in Plasson's tenure that the orchestra began to tour internationally, and it continues to tour heavily today.

Natalie Dessay began her career as a singer in the Choeur du Capitole and also made her solo debut with the orchestra. In 2014 she sang with the orchestra in the title role of Manon, which was her last official opera performance.

On May 9, 2003, Plasson announced his decision not to renew his contract after August 31, 2003. He complained that planned works in the Halle aux Grains would impair the 2003-2004 concert season. Unofficially, his departure was caused by the city's refusal to increase the orchestra's payroll. In 2004, Plasson was made "honorary conductor" of the orchestra, although he has rarely conducted the orchestra since.

In 2005, the city named Tugan Sokhiev principal guest conductor and musical adviser of the orchestra. Sokhiev became the orchestra's music director and principal conductor in September 2008. Artistically, Sokhiev moved the orchestra away from the French sound and traditions cultivated by Plasson, and has taken the orchestra in a more rhythmically impactful and sonically contrasting direction.

In 2015 Sokhiev signed a new contract which will see him stay as artistic director and principal conductor until 2019.

Ossetia is a region located on both sides of the Greater Caucasus Mountains. The folk music of Ossetia began to be collected and recorded in the late 19th and early 20th century. After the Revolution of 1917, professional music appeared in Ossetia and in the following decades, a number of symphonies, ballets, operas and other institutions were formed. There is an Ossetian State Philharmonic. The first Ossetian opera was Kosta, by Christopher Pliev.

Vincent Monteil is a French conductor. He was born in Angers. 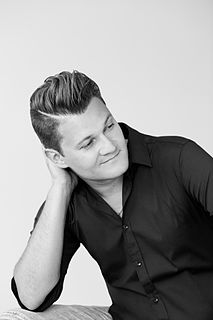 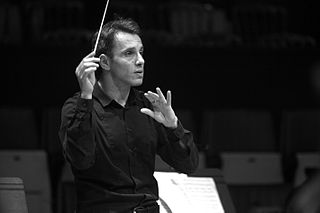 Fayçal Karoui, is a conductor of Tunisian descent. 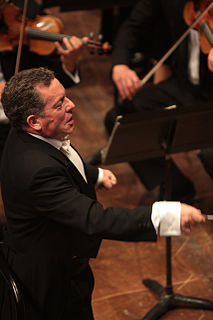 Alain Pâris is a French conductor and musicologist.

Alain Fondary is a French baritone.

Christophe Larrieu is a French classical pianist and music conductor.

Emmanuel Plasson is a French conductor.

Daniel Klajner is a Swiss conductor.

Nicolas Joel or Joël was a French opera director and administrator of opera houses. He was general manager of the Théâtre du Capitole de Toulouse from 1990 to 2009 and of the Paris Opera from 2009 to 2014. He directed operas internationally.

Geneviève Laurenceau is a French classical violinist. She was a supersoloist with the Orchestre national du Capitole de Toulouse from 2007 to 2017.