In September 1970, he started working as an assistant Professor at Middle East Technical University, in Department of Physics. The plasma physics research in METU is initiated by Ordal Demokan in 1972 with his establishing the plasma physics laboratory. He acquired the title of Associate Professor in 1976. In 1978–1979, he worked as director of TAEK Plasma and Laser Department.

Between 1979 and 1981, he was in Jülich Research Centre's Institute of Plasma Physic as a guest researcher, working on TEXTOR Tokamak Experiment. Afterwards he returned to newly founded Gazi University in Turkey in 1982, where he worked in Faculty of Technical Education between 1982 and 1983. In 1983 he was the chairman of the Department of Electrical and Electronics Engineering.

In 1984 he returned to METU, where he was the assistant chairman of the Department of Physics between 1984 and 1985. He received the title of Professor in 1988.

He was killed in a car accident on October 29, 2004, in Ümitköy, Ankara, when a car hit him while he was crossing the road. Driver was a 17-year-old boy, who had no driver's licence. He was buried at Cebeci Asri Cemetery in Ankara. 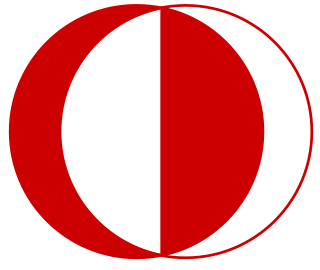 Middle East Technical University is a public technical university located in Ankara, Turkey. The university puts emphasis on research and education in engineering and natural sciences, offering about 40 undergraduate programs within 5 faculties, 97 masters and 62 doctorate programs within 5 graduate schools. The main campus of METU spans an area of 11,100 acres (4,500 ha), comprising, in addition to academic and auxiliary facilities, a forest area of 7,500 acres (3,000 ha), and the natural Lake Eymir. METU has more than 120,000 alumni worldwide. The official language of instruction at METU is English.

Feza Gürsey was a Turkish mathematician and physicist. Among his most prominent contributions to theoretical physics, his works on the Chiral model and on SU(6) are most popular.

Ekmel Özbay is a Turkish professor of Electrical and Electronics Engineering and Physics Departments at Bilkent University and the director of the Nanotechnology Research Center, and Space Technologies Research Center (BILUZAY) in Ankara.

Umran Savaş İnan is a scientist at Koç University and Stanford University in the field of geophysics and very low frequency radio science. He received his PhD from Stanford in 1977 under the tutelage of Robert Helliwell. Since Fall 2009, İnan has been the president of Koç University. 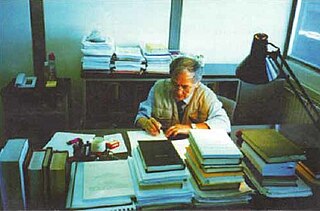 Masatoşi Gündüz İkeda, was a Japanese-born Turkish mathematician known for his contributions to the field of algebraic number theory.

Volkan Ş. Ediger is a scientist, writer and bureaucrat. After graduating from the Middle East Technical University, he received his PhD from the Pennsylvania State University in 1986. His training is in geology, geochemistry, and palynology and after working as an oil and coal geologist in industry for some years his interest was switched into several energy issues, including energy resources, economics, policy, security and geopolitics. He is married to Elçin Öztürk and has one daughter and one granddaughter . Ediger’s professional career has been shaped by research, teaching and consultancy simultaneously carried out at industry, university and government. Assigned as the first Energy Adviser to the President of Turkish Republic in 1998 and has worked for a total of twelve years with three presidents, namely H.E. Süleyman Demirel, H.E. Ahmet Necdet Sezer and H.E. Abdullah Gül. Awarded with Sedat Simavi Social Sciences Award in 2006 for his book Neft and Petroleum in the Ottoman Empire and became one of the few authors specialized on science and engineering awarded on social sciences field. He is the first recipient of the Turkish Association of Petroleum Geologists’ Cevat Eyüp Taşman Award in 2007. He has also been listed in Top 10 Most Influential Voices in the Power Generation Today by POWER-GEN Europe in 2013. He is very active in founding NGOs and also in organizing conferences. He is the founder and president of the Energy and Climate Change Foundation (ENIVA) and founding executive committee of the Sustainable Production and Consumption Association (SUT-D), the first NGOs to be working in energy sustainability and climate change in Turkey. He recently served as the General Chair of ICE 2014, which was held by the American Association of Petroleum Geologists (AAPG) in 2014 in Istanbul and 5th Multinational Energy and Value Conference, which was held in İstanbul in 2015. He has been the moderator of the forum for “The Big Energy Question: Powering Our Urban Future” as part of “The Great Energy Challenge”, a National Geographic Society Initiative organized in partnership with Shell in 2014 in Istanbul after Washington D.C. and in London.

Joseph W. Goodman is an engineer and physicist. He received an A.B. degree in Engineering and Applied Physics from Harvard University in 1958 and M.S. and Ph.D. degrees in Electrical Engineering from Stanford University in 1960 and 1963, respectively. He has held a number of positions in the field of optics, including the presidency of the Optical Society of America in 1992.

Nuri Saryal was an Azerbaijani educator. He served as rector of Middle East Technical University from 1977 to 1979.

Hakkı Boran Ögelman was a Turkish physicist and astrophysicist. He was an expert on gamma ray astronomy, the physics of neutron stars, and solar energy and worked on several key topics in modern astrophysics. He made many contributions to high energy astrophysics. In his early professional career he engaged in the SAS-II Small Gamma Ray Astronomy Satellite experiment development, data analysis, and first detection and imaging of our universe in gamma rays with his NASA colleagues, as well as in other fields of physics. His main interests in the field of astrophysics were the study of gamma ray astronomy and compact objects such as neutron stars and pulsars. Ögelman worked at NASA Goddard Space Flight Center, Middle East Technical University (METU) in Ankara, Turkey, Cukurova University in Adana, Turkey, Max Planck Institute (MPI) at Garching, Germany and the University of Wisconsin.

Uğur Ersoy is a Turkish civil engineer and academic.

Asuman Özdağlar is a Turkish academic. She is also referred to as Asu Ozdaglar in many sources, including on her own website.

Dilhan Eryurt was a Turkish astrophysicist who made major contributions to scientific research on the formation and evolution of the Sun and other main sequence stars.

Turhan Yaşar Erdoğan was a Turkish academic in civil engineering.

Shi Nguyen-Kuok is a plasma scientist and the chairman of the VinIT Institute of Technology.