Orontobates (in Greek Ὀρoντoβάτης. Old Persian Aurandabad, lived 4th century BC) was a Persian, who married the daughter of Pixodarus, the usurping satrap of Caria, and was sent by the king of Persia to succeed him. On the approach of Alexander the Great of Macedon (334 BC) Orontobates and Memnon of Rhodes entrenched themselves in Halicarnassus. But at last, despairing of defending it, they set fire to the town, and under cover of the conflagration crossed over to Cos, whither they had previously removed their treasures. In addition to the island of Cos, Orontobates, retained control of the citadel at Salmacis, and the towns Myndus, Caunus, Thera and Callipolis together with Triopium.

Next year, while at Soli, Cilicia, Alexander learnt that Orontobates had been defeated in a great battle by Ptolemy and Asander. It is natural to infer that the places which Orontobates held did not long hold out after his defeat. [1]

An officer of the name of Orontobates was present in the army of Darius III at the battle of Gaugamela (331 BC), being one of the commanders of the troops drawn from the shores of the Persian Gulf. [2] Whether he was the same or a different person from the preceding, we have no means of knowing. We are not told that the latter was killed as well as defeated.

It is likely that Alexander the Great knew Orontobates intimately as there was a princess between the two. In his youth Alexander wanted to marry Ada II, the daughter of Pixodarus but this was negated by his father. Incidentally Orontobates married a daughter of Pixodarus, who was probably the same as Ada II. Thus the relation between the two may have been far more complex than what Justin or even Plutarch knew. 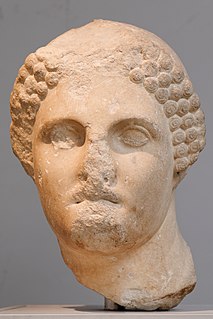 Ada of Caria was a member of the House of Hecatomnus and ruler of Caria during the mid-4th century BC, first as Persian Satrap and later as Queen under the auspices of Alexander III of Macedon.

Calas or Callas was an ancient Greek, son of Harpalus of Elimiotis and first cousin to Antigonus, king of Asia.

Spithridates was a Persian satrap of Lydia and Ionia under the high king Darius III Codomannus. He was one of the Persian commanders at the Battle of the Granicus, in 334 BC. In this engagement, while he was aiming a blow from behind at Alexander the Great, his arm was cut off by Cleitus the Black and he subsequently died.

For other persons with the same name, see Simmias

Erigyius, a Mytilenaean, son of Larichus, was an officer in Alexander the Great's army. He had been driven into banishment by Philip II, king of Macedon, because of his faithful attachment to Alexander, and returned when the latter came to the throne in 336 BC. At the battle of Gaugamela, 331 BC, he commanded the cavalry of the allies, as he did also when Alexander set out in 330 BC from Ecbatana in pursuit of Darius III. In the same year Erigyius was entrusted with the command of one of the three divisions with which Alexander invaded Hyrcania. He was also among the generals sent against Satibarzanes, whom he slew in battle with his own hand. In 329 BC, together with Craterus and Hephaestion, and with the assistance of Aristander, a soothsayer, he endeavoured to dissuade Alexander from crossing the Jaxartes river against the Scythians. In 328 BC he fell in a battle against the Bactrian fugitives.

Caranus, a Macedonian member of the elite cavalry body known as the hetairoi (Greek:ἑταῖροι), was one of the generals sent by Alexander the Great against Satibarzanes when, for a second time, he had encouraged Aria to revolt. Caranus and his colleagues were successful in achieving their objective by defeating and slaying Satibarzanes in the winter of 330 BC.

Coenus, a son of Polemocrates and son-in-law of Parmenion, was one of the ablest and most faithful of Alexander the Great's generals during his eastern expedition. 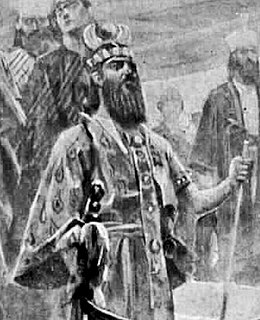 Nicanor, son of Parmenion, was a distinguished officer in the service of Alexander the Great. He is first mentioned at the passage of the Danube river, in the expedition of Alexander against the Getae, 335, when he led the phalanx. But during the expedition into Asia he appears to have uniformly held the chief command of the body of troops called the Hypaspists (υπασπισται) or foot-guards, numbering three units of 1,000 men. As his brother Philotas did that of the εταιρoι, or horse-guards. We find him mentioned, as holding this post, in the three great battles of the Granicus, of Issus, and of Gaugamela. He afterwards accompanied Alexander with a part of the troops under his command, during the rapid march of the king in pursuit of the king Darius III Codomannus in 330; which was probably his last service, as he died of disease shortly afterwards, during the advance of Alexander into Bactria. His death at this juncture was considered a fortunate event, as it prevented him from participating either in the designs or the fate of his brother Philotas.

Philoxenus was a Macedonian officer appointed to superintend the collection of the tribute in the provinces north of the Taurus Mountains after Alexander the Great's return from Egypt in 331 BC. However, he did not immediately assume this command because he was sent forward by Alexander from the field of Gaugamela to take possession of Susa and the treasures there deposited, which he effected without opposition. After this he seems to have remained quietly in the discharge of his functions in Asia Minor, until the commencement of the year 323, when he brought troops from Caria to Babylon, where he arrived just before the last illness of Alexander. In the distribution of the provinces which followed the death of that monarch, there is no mention of Philoxenus, but in 321 he was appointed by Perdiccas to succeed Philotas in the government of Cilicia. By what means he afterwards conciliated the favour of Antipater is unknown, but in the partition at Triparadisus after the fall of Perdiccas the same year he was still allowed to retain his satrapy of Cilicia. No information exists beyond then. 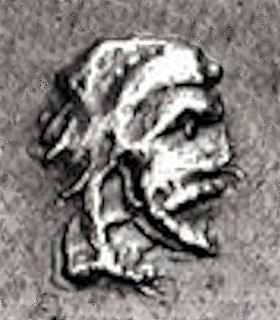 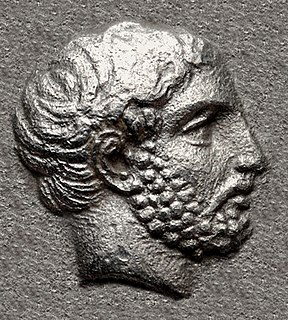 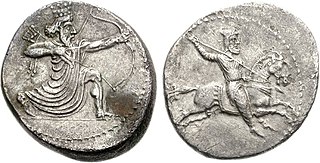 Ptolemy ; died 333 BC) son of Seleucus from Orestis or Tymphaia, was one of the select officers called Somatophylaces, or guards of the king's person; he combined with that distinguished post the command of one of the divisions of the phalanx. Ptolemy was from an upper noble family. He was lately married when he accompanied Alexander on his expedition to Asia, 334 BC, on which account he was selected by the king to command the body of Macedonians, who were allowed to return home for the winter at the end of the first campaign. In the following spring he rejoined Alexander at Gordium, with the troops under his command, accompanied by fresh reinforcements. At the Battle of Issus his division of the phalanx was one of those opposed to the Greek mercenaries under Darius III, and upon which the real brunt of the action consequently devolved; and he himself fell in the conflict, after displaying the utmost valour.

Ptolemy, son of Philip was an officer who commanded the leading squadron of Macedonian cavalry at the Battle of the Granicus. Both Gronovius and Droysen, suppose that he is the same man that Alexander left with a force of 3,000 infantry and 200 cavalry to defend the province of Caria, and who subsequently, together with Asander the governor of Lydia, defeated the Persian general Orontobates, 332 BC.

Arsites was Persian satrap of Hellespontine Phrygia in Achaemenid dinesty in the 4th century BC. His satrapy also included the region of Paphlagonia.