Sonneck was born in Jersey City. He studied philosophy and musicology in Germany at the universities of Heidelberg and Munich.

From 1902 to 1917, he was head of the music division of the Library of Congress, and as such created a significant music library. Since 1915, he was also editor of The Musical Quarterly . As a writer, he specialized in the history of early (before the 19th century) American music. He died in New York City, aged 55.

The Society for American Music was created in his honor, and initially named after him. 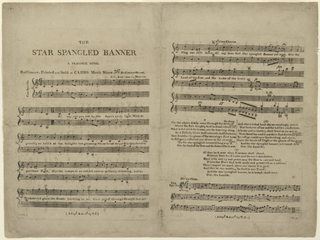 "The Star-Spangled Banner" is the national anthem of the United States. The lyrics come from the "Defence of Fort M'Henry", a poem written on September 14, 1814, by 35-year-old lawyer and amateur poet Francis Scott Key after witnessing the bombardment of Fort McHenry by British ships of the Royal Navy in Baltimore Harbor during the Battle of Baltimore in the War of 1812. Key was inspired by the large U.S. flag, with 15 stars and 15 stripes, known as the Star-Spangled Banner, flying triumphantly above the fort during the U.S. victory. 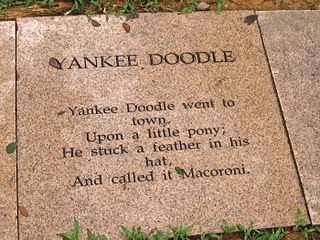 "Yankee Doodle" is a well-known American song and a nursery rhyme, the early versions of which predate the Seven Years' War and American Revolution. It is often sung patriotically in the United States today and is the state anthem of Connecticut. Its Roud Folk Song Index number is 4501. The melody is thought to be much older than both the lyrics and the subject, going back to folk songs of Medieval Europe.

John Towner Williams is an American composer, conductor and pianist. In a career that has spanned seven decades, he has composed some of the most popular, recognizable, and critically acclaimed film scores in cinematic history. Williams has won 25 Grammy Awards, seven British Academy Film Awards, five Academy Awards, and four Golden Globe Awards. With 52 Academy Award nominations, he is the second most-nominated individual, after Walt Disney. His compositions are considered the epitome of film music; Classic FM considers Williams to be one of the greatest composers of classical music in history. 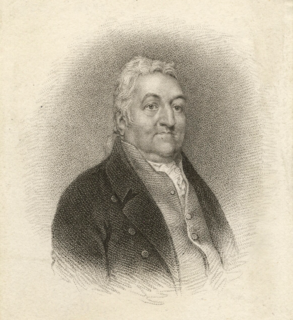 John Stafford Smith was an English composer, church organist, and early musicologist. He was one of the first serious collectors of manuscripts of works by Johann Sebastian Bach.

"The Anacreontic Song", also known by its incipit "To Anacreon in Heaven", was the official song of the Anacreontic Society, an 18th-century gentlemen's club of amateur musicians in London. Composed by John Stafford Smith, the tune was later used by several writers as a setting for their patriotic lyrics. These included two songs by Francis Scott Key, most famously his poem "Defence of Fort McHenry". The combination of Key's poem and Smith's composition became known as "The Star-Spangled Banner", which was adopted as the national anthem of the United States of America in 1931.

Dudley Buck was an American composer, organist, and writer on music. He published several books, most notably the Dictionary of Musical Terms and Influence of the Organ in History, which was published in New York City in 1882. 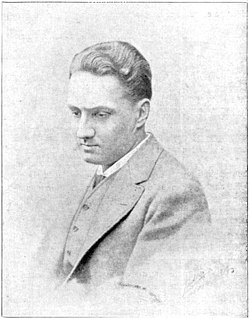 Rudi Stephan was a German composer of great promise who, shortly before the First World War, was considered one of the leading talents among his generation. He died in World War I, aged 29.

Joseph Carl Breil was an American lyric tenor, stage director, composer and conductor. He was one of the earliest American composers to compose specific music for motion pictures. His first film was Les amours de la reine Élisabeth (1912) starring Sarah Bernhardt. He later composed and arranged scores for several other early motion pictures, including such epics as D. W. Griffith's The Birth of a Nation (1915) and Intolerance (1916), as well as scoring the preview version of The Phantom of the Opera (1925), a score that is now lost. His love theme for "Birth of a Nation", titled "The Perfect Song", was published by Chappell & Co. in an arrangement for voice and keyboard. It was later used as the theme for the radio show "Amos and Andy".

James Hewitt was an American conductor, composer and music publisher. Born in Dartmoor, England, he was known to have lived in London in 1791 and early 1792, but went to New York City in September of that year. He stayed in New York until 1811, conducting a theater orchestra and composing and arranging music for local ballad operas and musical events. He also gave lessons and sold musical instruments and publications in his "musical repository".

Artaxerxes is an opera in three acts composed by Thomas Arne set to an English adaptation of Metastasio's 1729 libretto Artaserse. The first English opera seria, Artaxerxes premiered on 2 February 1762 at the Theatre Royal, Covent Garden and continued to be regularly performed until the late 1830s. Its plot is loosely based on the historical figure, Artaxerxes I who succeeded his father Xerxes I after his assassination by Artabanus.

Pietro Floridia was an Italian composer of classical music.

Stephen Woolls (1729-1799) was an American actor and singer, and member of the American and Old American Company.

Vincenzo Legrenzo Ciampi was an Italian composer. He is best known today for a work that cannot be certainly ascribed to his pen, the song "Tre giorni son che Nina in letto senesta", formerly called Pergolesi's "Nina".

Ralph Tomlinson, was a British lyricist best known for writing the original lyrics to "The Anacreontic Song". The music from the Anacreontic Song would be set as the music for The Star Spangled Banner, which would become the American national anthem in 1931. In 1776, he became the President of the Anacreontic Society, after the death of the previous President, George Bellas.

William Dressler was a music composer and arranger.

Lucy Monroe was an American operatic soprano and dancer. She was noted for her performances of "The Star-Spangled Banner", the national anthem of the United States, which she performed for Presidents and at sporting and military events, which earned her the nickname of "The Star-Spangled Soprano".