Otis A. Skinner was born on June 28, 1858, in Cambridge, Massachusetts [1] the middle of three boys raised by Charles and Cornelia Skinner. He was later brought up in Hartford, Connecticut where Charles Skinner served as a Universalist minister. [2] His older brother, Charles Montgomery Skinner, became a noted journalist and critic in New York, while his younger brother William was an artist. Skinner was educated in Hartford with an eye towards a career in commerce but a visit to the theater left him stage-struck. [ citation needed ] He secured his father's blessing for a theatrical career, and his father not only approved but also obtained from P. T. Barnum an introduction to William Pleater Davidge. Davidge employed him at eight dollars a week, and Skinner's career was launched. In the latter half of the 1870s, he played various bit roles in stock companies, and alongside stars such as John Edward McCullough. He built up his repertoire for several years in New York and Boston, including three years with Lawrence Barrett. [ citation needed ]

By the mid-1880s, he was touring first with Augustin Daly, then, in 1889, with the troupe of Edwin Booth and Helena Modjeska. After that season, he played Romeo in London opposite Margaret Mather. His association with Mather lasted two years; after, with Booth dead, he returned to Modjeska, starring opposite her in her most famous roles. He also originated the role of Schwartz in Hermann Sudermann's Magda, and played Armand in Dumas's Camille .

By the mid-1890s, he was a star in his own right. In 1894, he produced and starred in Clyde Fitch's His Grace de Grammont; the same year, he performed in his brother's translation of Victor Hugo's Le roi s'amuse . In 1895 in Chicago, he succeeded as Hamlet. From 1895, he was associated with the troupe of Joseph Jefferson.

He excelled in Shakespearean roles like Shylock, Hamlet, Richard III and Romeo, and his Colonel Phillipe Brideau in The Honor of the Family was considered one of the greatest comedic performances of the first quarter of the twentieth century. Skinner's signature role was as Hajj the beggar in Kismet (1911) on Broadway, and he continued playing it on stage for twenty years, recreating his performance both in the 1920 and 1930 film versions of the play. [3]

His later roles included Albert Mott in Humpty Dumpty (1918), the title role in Sancho Panza in Melchior Lengyel's adaptation of Don Quixote (featuring Lucille Kahn in a supporting role), Sir John Falstaff in both Henry IV, part 1 (1926) and The Merry Wives of Windsor (1928), and Shylock opposite the Portia of Maude Adams (1931–32) in The Merchant of Venice . [ citation needed ]

Skinner was a successful writer whose books included Footlights and Spotlights and Mad Folk of the Theatre. In 1902, he turned Mary Hartwell Catherwood's novel Lazarre (1901) into a successful stage play. [4]

Skinner's daughter Cornelia Otis Skinner, who became an actress and writer, was born in 1899. Otis Skinner was portrayed onscreen by Charlie Ruggles in the film version of Cornelia's book Our Hearts Were Young and Gay . [ citation needed ]

He was a devout Episcopalian and a member of the Episcopal Actors Guild. [5]

Otis Skinner died at his home in New York City on January 4, 1942, nearly a month after he had fallen ill while attending a benefit performance of "The Wookey" held at the Plymouth Theatre (today Gerald Schoenfeld Theatre). He had last appeared on stage in 1935, reciting the Forward in a revival of George M. Cohan's Seven Keys to Baldpate . Actress Maud Durbin, his wife for over forty years, died on Christmas Day, 1936. [6] [7] 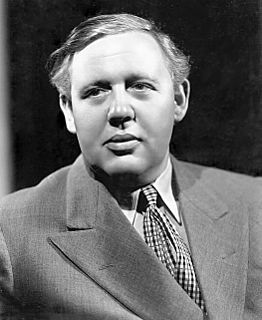 Charles Laughton was an English stage and film actor. Laughton was trained in London at the Royal Academy of Dramatic Art and first appeared professionally on the stage in 1926. In 1927, he was cast in a play with his future wife Elsa Lanchester, with whom he lived and worked until his death. 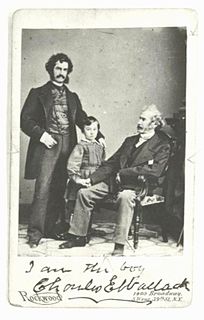 James William Wallack was an Anglo-American actor and manager, born in London, and brother of Henry John Wallack. 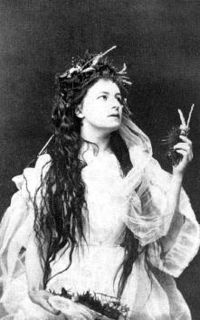 Helena Modjeska, whose actual Polish surname was Modrzejewska, was a renowned actress who specialized in Shakespearean and tragic roles. 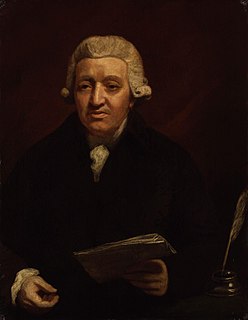 Charles Macklin, [Gaelic: Cathal MacLochlainn], was an Irish actor and dramatist who performed extensively at the Theatre Royal, Drury Lane. Macklin revolutionised theatre in the 18th century by introducing a "natural style" of acting. He is also famous for killing a man in a fight over a wig at the same theatre.

Cornelia Otis Skinner was an American author and actress. 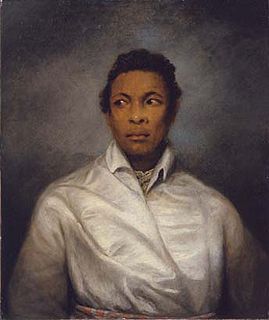 Ira Frederick Aldridge was an American and later British stage actor and playwright who made his career after 1824 largely on the London stage and in Europe, especially in Shakespearean roles. Born in New York City, Aldridge is the only actor of African-American descent among the 33 actors of the English stage honoured with bronze plaques at the Shakespeare Memorial Theatre at Stratford-upon-Avon. He was especially popular in Prussia and Russia, where he received top honors from heads of state. At the time of his sudden death, while on tour in Poland, he was arranging a triumphant return to America, with a planned 100-show-tour to the United States.

Morris Carnovsky was an American stage and film actor. He was one of the founders of the Group Theatre (1931-1940) in New York City and had a thriving acting career both on Broadway and in films until, in the early 1950s, professional colleagues told the House Un-American Activities Committee that Carnovsky had been a Communist Party member. He was blacklisted and worked less frequently for a few years, but then re-established his acting career, taking on many Shakespearean roles at the Stratford Shakespeare Festival and performing the title roles in college campus productions of King Lear and The Merchant of Venice. Carnovsky's nephew is veteran character actor and longtime "Pathmark Guy" James Karen. 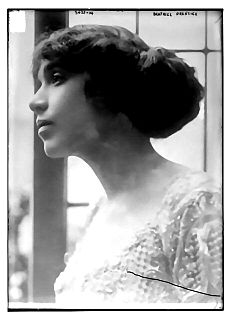 Beatrice Prentice was a stage actress of the early 20th century.

Phoebe Davies was a Welsh-born American stage actress who starred in over 4,000 performances of the Lottie Blair Parker play, Way Down East.

Izetta JewelKenney was an American stage actress, women's rights activist and politician. She became the first woman to deliver a seconding speech for a presidential nominee at a major American political party convention when she seconded the nomination of John W. Davis at the 1924 Democratic National Convention. 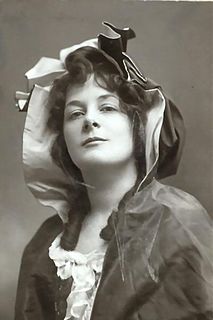 Nanette Comstock was an American actress whose career on stage spanned nearly thirty-five years. She appeared on both the New York and London stage and had shared the stage with many of the luminaries of the late nineteenth and early twentieth centuries. 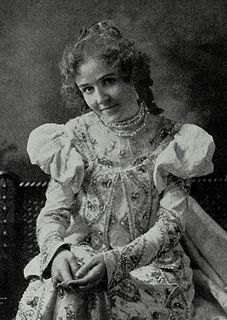 Maud Durbin was an American actress. She was the wife of actor Otis Skinner and the mother of actress and author Cornelia Otis Skinner. 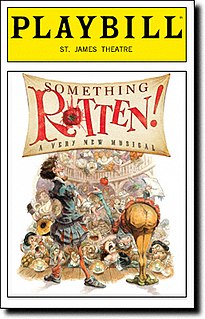 Something Rotten! is an original musical comedy with a book by John O'Farrell and Karey Kirkpatrick and music and lyrics by Karey and Wayne Kirkpatrick. Set in 1595, the story follows the Bottom brothers, Nick and Nigel, who struggle to find success in the theatrical world, as they compete with the wild popularity of their contemporary William Shakespeare. 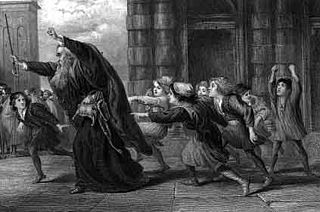 Shylock is a character in William Shakespeare's play The Merchant of Venice. A Venetian Jewish moneylender, Shylock is the play's principal antagonist. His defeat and conversion to Christianity form the climax of the story.

Maida Craigen was an American actress and clubwoman.