Otto Kinne (August 30, 1923 – March 3, 2015) was a German marine biologist. He was director of Germany's Biologische Anstalt Helgoland from 1962 to 1984. Since 1967 he has been a Professor at the University of Kiel. He established the Inter-Research Science Center (IRSC) in 1979 and is its Director, and the International Ecology Institute in 1984, of which he is the President. The IRSC publishes eight international journals of which Kinne is the founder, including Marine Ecology Progress Series and Climate Research . He established the Otto Kinne Foundation in 1992 to provide grants to ecologists in Russia and Eastern Europe. [1] [2] 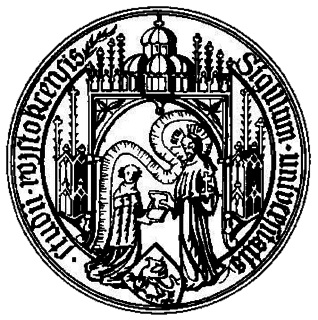 Daniel Pauly is a French-born marine biologist, well known for his work in studying human impacts on global fisheries. He is a professor and the project leader of the Sea Around Us Project at the UBC Institute for the Oceans and Fisheries at the University of British Columbia. He also served as Director of the UBC Fisheries Centre from November 2003 to October 2008.

Mahadeva Subramania Mani was an Indian entomologist especially famous for his studies on high altitude entomology.

Gotthilf Hempel is a retired German marine biologist and oceanographer. 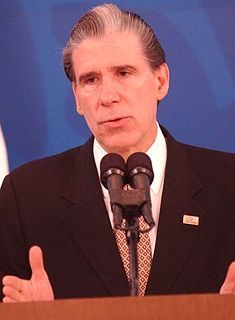 Julio José Frenk Mora is a Mexican physician and former secretary of Health of Mexico. Frenk is currently the president of the University of Miami. He is the University of Miami's first Hispanic and native Spanish-speaking president. Frenk formerly served as dean of the faculty and T & G Angelopoulos professor of public health and international development at the Harvard School of Public Health, from 2009 to 2015, where he had been the university's first Hispanic and native Spanish-speaking dean.

Nils Christian Stenseth is a Norwegian biologist with a focus on ecology and evolution. He is the director of the Centre for Ecological and Evolutionary Synthesis (CEES) at the University of Oslo. He is also the Chief Scientist at the Norwegian Institute of Marine Research in Norway. In December 2006, CEES was given Centre of Excellence status by the Research Council of Norway. 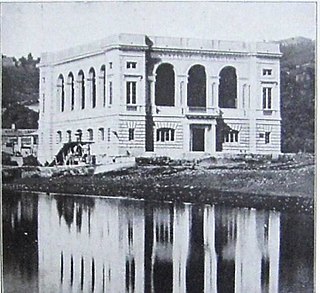 The Military History Research Office is an office of the Bundeswehr located at Potsdam, Germany.

The ECI Prize is a prize awarded annually from 1986 onwards to an ecologist distinguished by outstanding and sustained scientific achievements. It is awarded jointly by the International Ecology Institute, a non-profit organization of research ecologists based in Germany dedicated to fostering ecological knowledge and awareness, and the Otto Kinne Foundation.

Rima Rozen is a Canadian geneticist who is a professor at McGill University. Her current research focuses on genetic and nutritional deficiencies in folate metabolism and their impact on complex traits. 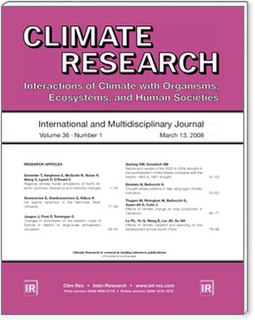 Climate Research is a peer-reviewed scientific journal published by the Inter-Research Science Center that was established in 1990. The journal covers all aspects of the interactions of climate with organisms, ecosystems, and human societies. Its founder and long time publisher was marine biologist Otto Kinne.

Klaus Rohde is a German biologist at the University of New England (UNE), Australia, known particularly for his work on marine parasitology, evolutionary ecology/zoogeography, and phylogeny/ultrastructure of lower invertebrates.

Heinz Steinitz was a senior Israeli marine biologist and herpetologist, Professor and Chairman of the Department of zoology at the Hebrew University in Jerusalem. He laid the foundation for research and teaching in marine biology and oceanography in Israel. In 1968 he founded the Marine Biology Laboratory of the Hebrew University near Eilat, serving as its first director. He also served as a founding member of the Zoological Society of Israel and a co-founder of the Society for the Protection of Nature in Israel.

The Marine Ecology Progress Series is a peer-reviewed scientific journal that covers all aspects of marine ecology.

Prof. Dr. Rudolf I. Amann is a German microbiologist and director at the Max Planck Institute for Marine Microbiology (MPIMM) in Bremen, Germany, and since 2001 Professor of Microbial Ecology at the University of Bremen, Germany.

Thavamani Jegajothivel Pandian is an Indian geneticist and ecologist, known for his pioneering studies in bioenergetics and animal ecology. A recipient of the WorldFish Naga Award, he is a former chairman of the Task Force Committee on Aqua and Marine Biotechnology of the Department of Biotechnology of the Government of India, a former president and a fellow of The World Academy of Sciences and an elected fellow of the Indian National Science Academy, National Academy of Sciences, India, Indian Academy of Sciences and the National Academy of Agricultural Sciences. The Council of Scientific and Industrial Research, the apex agency of the Government of India for scientific research, awarded him the Shanti Swarup Bhatnagar Prize for Science and Technology, one of the highest Indian science awards, in 1984, for his contributions to biological sciences.

The International Ecology Institute (ECI) is a non-profit organization of research ecologists dedicated to promoting ecological knowledge and awareness. It was established in 1984 in the village of Oldendorf/Luhe, Germany by Inter-Research, a scientific publishing organisation founded in 1979 by Professor Otto Kinne. 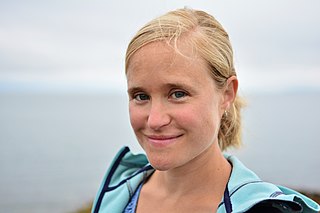 Francesca Verones is a Swiss-Italian environmental engineer and Professor at the Industrial ecology programme at the Norwegian University of Science and Technology. Her areas of research are life cycle analysis, life cycle impact assessment and biodiversity analysis, and she is especially interested in aquatic and marine areas.