Johann Carl Otto Ribbeck (23 July 1827, in Erfurt – 18 July 1898, in Leipzig), was a German classical scholar. His works are mostly confined to criticisms of Latin poetry and to classical character sketches.

He was born at Erfurt in Saxony. [1] In early life he went to Berlin, where he studied under Karl Lachmann, Franz Bopp and August Böckh, and from there to Bonn where he was a close student of the methods of Friedrich Gottlieb Welcker and Friedrich Ritschl. Having received his degree in Berlin and traveled for a year through Italy, in 1853 he returned to Berlin, where he entered Böckh's school. He then taught at Elberfeld and Bern. [2] Having held professorial appointments at Kiel and Heidelberg, he succeeded Ritschl in the chair of classical philology at Leipzig, where he died. [1]

Ribbeck was the author of several standard works on the poets and poetry of Rome, the most important of which are the following: Geschichte der römischen Dichtung (“History of Roman poetry,” 2nd ed., 1894–1900); Die römische Tragodie im Zeitalter der Republik (“Roman tragedy during the time of the republic,” 1875); Scaenicae Romanorum Poesis Fragmenta, including the tragic and comic fragments (3rd ed., 1897). [1]

As a textual critic he was distinguished by considerable rashness, and never hesitated to alter, rearrange or reject as spurious what failed to reach his standard of excellence. These tendencies are strikingly shown in his editions of the Epistles and Ars Poetica of Horace (1869), the Satires of Juvenal (1859) and in the supplementary essay Der echte und unechte Juvenal (“Genuine and fraudulent Juvenal,” 1865). In later years, however, he became much more conservative. [1]

His edition of Virgil (Vergelii Opera, with prolegomena and critical notes, 5 vols., 1859–69; 2nd ed., 1894–1895), although only critical, is a work of great erudition, especially the prolegomena. [2] [1] His biography of Ritschl (1879–1881) is one of the best works of its kind. The influence of Ritschl may be seen in Ribbeck's critical edition of the Miles Gioriosus of Plautus, and Beiträge zur Lehre von den lateinischen Partikeln (“Contributions to the teachings on Latin particles”), a work of much promise, which causes regret that he did not publish further results of his studies in that direction. His miscellaneous Reden und Vorträge were published after his death (Leipzig, 1899). He took great interest in the monumental Thesaurus Linguae Latinae , and it was chiefly owing to his efforts that the government of Saxony was induced to assist its production by a considerable subsidy. [1] Classical character sketches (which appeared in the Rheinische Museum, of which he became editor in 1876) include Alazon (1882), Kolax (1885) and Agrockos (1885). [2]

In Greek mythology, Pisidice or Peisidice, was one of the following individuals:

Gaius Julius Hyginus was a Latin author, a pupil of the scholar Alexander Polyhistor, and a freedman of Caesar Augustus. He was elected superintendent of the Palatine library by Augustus according to Suetonius' De Grammaticis, 20. It is not clear whether Hyginus was a native of the Iberian Peninsula or of Alexandria. 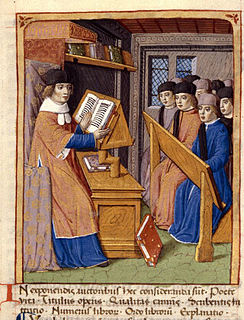 Servius was a late fourth-century and early fifth-century grammarian, with the contemporary reputation of being the most learned man of his generation in Italy; he was the author of a set of commentaries on the works of Virgil. These works, In tria Virgilii Opera Expositio, constituted the first incunable to be printed at Florence, by Bernardo Cennini, 1471.

Antimachus of Colophon, or of Claros, was a Greek poet and grammarian, who flourished about 400 BC.

Theodor Bergk was a German philologist, an authority on classical Greek poetry. 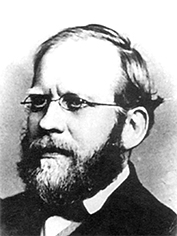 Conrad Bursian was a German philologist and archaeologist.

Johann Gottfried Kinkel was a German poet also noted for his revolutionary activities and his escape from a Prussian prison in Spandau with the help of his friend Carl Schurz.

Publilius Syrus, was a Latin writer, best known for his sententiae. He was a Syrian from Antioch who was brought as a slave to Roman Italy. Syrus was brought to Rome on the same ship that brought Manilius the astronomer and Staberius Eros the grammarian. By his wit and talent, Syrus won the favour of his master, who granted him manumission and educated him. He became a member of the Publilia gens. Publilius' name, due to the palatalization of 'l' between two 'i's in the Early Middle Ages, is often presented by manuscripts in corrupt form as 'Publius', Publius being a very common Roman praenomen. 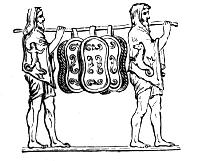 The Carmen Saliare is a fragment of archaic Latin, which played a part in the rituals performed by the Salii of Ancient Rome. There are 35 extant fragments of the Carmen Saliare, which can be read in Morel's FPL.

Johann August Nauck was a German classical scholar and critic. His chief work was the Tragicorum Graecorum Fragmenta (TrGF).

Aelius Herodianus or Herodian was one of the most celebrated grammarians of Greco-Roman antiquity. He is usually known as Herodian except when there is a danger of confusion with the historian also named Herodian.

Friedrich Wilhelm Ritschl was a German scholar best known for his studies of Plautus.

Marcus Pacuvius was an ancient Roman tragic poet. He is regarded as the greatest of their tragedians prior to Lucius Accius.

Parthenius of Nicaea or Myrlea in Bithynia was a Greek grammarian and poet. According to the Suda, he was the son of Heraclides and Eudora, or according to Hermippus of Berytus, his mother's name was Tetha. He was taken prisoner by Helvius Cinna in the Mithridatic Wars and carried to Rome in 72 BC. He subsequently visited Neapolis, where he taught Greek to Virgil, according to Macrobius. Parthenius is said to have lived until the accession of Tiberius in 14 AD.

The Catasterismi or Catasterisms, is a lost work attributed to Eratosthenes of Cyrene. It was a comprehensive compendium of astral mythology including origin myths of the stars and constellations. Only a summary of the original work survives, called the Epitome Catasterismorum, by an unknown author sometimes referred to as pseudo-Eratosthenes.

The Latin Anthology is a collection of Latin verse, from the age of Ennius to about 1000, formed by Pieter Burmann the Younger. Nothing corresponding to the Greek Anthology is known to have existed among the Romans, though professional epigrammatists like Martial published their volumes on their own account, and detached sayings were excerpted from authors like Ennius and Publius Syrus, while the Priapeïa were probably but one among many collections on special subjects.

In Greek mythology, Praxithea was a name attributed to five women.

Callistratus, Greek sophist and rhetorician, probably flourished in the 3rd century CE. He wrote Ekphraseis, descriptions of fourteen works of art in stone or brass by distinguished artists. This little work is usually edited with the Eikones of Philostratus.

The Historicorum Romanorum reliquiae is the "monumental" two-volume collection of scholarly editions of fragmentary Roman historical texts edited by Hermann Peter and published between 1870 and 1914. Peter published the Latin editions of these texts, without translation and with introductions in Latin; for the greatest part of the twentieth century, this was the standard edition of such texts. Peter considers the reign of Constantine the Great as marking the end of Roman historiography ; history after, he said, "went over to the Christians and the Greeks".