The Outer Critics Circle Awards are presented annually for theatrical achievements both on Broadway and Off-Broadway. They are presented by the Outer Critics Circle (OCC), the official organization of New York theater writers for out-of-town newspapers, digital and national publications, and other media beyond Broadway. The awards were first presented during the 1949-50 theater season and will celebrate their 70th anniversary in 2020. David Gordon, Senior Features Reporter at TheaterMania.com, currently serves as President.

The Outer Critics Circle was founded as the Outer Circle during the Broadway season of 1949-50 by an assortment of theater critics led by John Gassner, a reviewer, essayist, dramaturg, and professor of theater. These critics were writing for academic publications, special interest journals, monthlies, quarterlies, and weekly publications outside the New York metro area, and were looking for a forum where they could discuss the theater in general, particularly the current New York season. The creation of the OCC was also a reaction to the New York Drama Critics Circle, which did not allow critics of lesser-known publications to join their ranks alongside writers of major New York and national publications. The first awards (for 1949–50) were: The Cocktail Party (Play); The Consul (Musical); Sheila Guyse, Performances in Supporting Roles for Lost in the Stars , and Daniel Reed, Performances in Supporting Roles for Come Back, Little Sheba .

In the early 1960s, the awards and forums of the OCC were supervised by Broadway veteran Charles K. Freeman and Joseph Kay, Manhattan reporter/critic for the Kansas City Star. This team was succeeded by Marjorie Gunner, who guided the group for 25 years before retiring in 2004. Simon Saltzman, a New Jersey-based theater critic, served as President until 2018, when he was succeeded by David Gordon of TheaterMania.

The reigning OCC Award winners for the 2018-19 season include Hadestown (Musical), The Ferryman (Play), Girl From the North Country (Off-Broadway Musical), and White Noise (Off-Broadway Play).

Awards are currently given in the following categories:

The award winners were announced on May 7, 2018. Multiple winners are: Harry Potter and the Cursed Child with six awards, including Outstanding New Broadway Play, and My Fair Lady with five awards, including Outstanding Revival of a Musical. SpongeBob SquarePants, won the Outstanding New Broadway Musical, with two additional awards. Jocelyn Bioh, for School Girls; Or, The African Mean Girls Play won the John Gassner Award. [2]

The nominees included American Psycho and She Loves Me – 8; Bright Star and On Your Feet! – 7; Dear Evan Hansen – 6; Eclipsed, Lazarus, Long Day's Journey Into Night and Spring Awakening – 5; and The Humans , A View From the Bridge and Waitress – 4. [5]

The John Gassner Award winner was The Invisible Hand by Ayad Akhtar.

The nominees included 11 nominations for A Gentleman's Guide to Love and Murder , 8 nominations for the new musical Aladdin, and 7 nominations for the new musical Fun Home ; the dramas Twelfth Night received 5 nominations, Act One 4 nominations, and All the Way 4 nominations. [9] Winners of multiple awards were A Gentleman's Guide to Love and Murder (including New Musical) with 4; Bullets Over Broadway and The Glass Menagerie with 3 each; and All the Way (including New Play) and Hedwig and the Angry Inch with 2 each. Three plays tied for the John Glassner Award: Eric Dufault, Year of the Rooster; Madeleine George, The (Curious Case of the) Watson Intelligence; and Steven Levenson, The Unavoidable Disappearance of Tom Durnin. [10]

The nominees included nine nominations for the new musical Nice Work If You Can Get It , the most of any production, with the musicals Newsies and Once each receiving seven nominations and the revival of Follies receiving five. The Public Theater received an honorary award "on its 50th anniversary presenting free theatre at the Delacorte Theater in Central Park." [12]

The nominees, announced on April 26, 2011, included nine nominations for the musical Sister Act , the most of any show. Anything Goes received eight nominations. The Special Achievement Awards were also announced: Ellen Barkin, Outstanding Broadway Debut in The Normal Heart ; and Adrian Kohler with Basil Jones for Handspring Puppet Company Puppet Design, Fabrication and Direction for War Horse . [14]

Nominees for the 2009–2010 season were announced on April 26, 2010 by siblings Sutton Foster and Hunter Foster, with winners announced on May 17. Seven nominations each were received by the musical Memphis and the revival of The Royal Family , the most of any production. The Scottsboro Boys was nominated for six awards, including Best Off-Broadway musical. Shows receiving five nominations were The Addams Family , Bloody Bloody Andrew Jackson , The Orphans' Home Cycle , and Promises, Promises . Finian's Rainbow , La Cage aux Folles , Lend Me A Tenor , and Sondheim on Sondheim each received four nominations. [16]

Billy Elliot the Musical and Shrek the Musical each received ten nominations, the most of any show. The winners were announced on May 11, 2009, with an awards dinner on May 21 at Sardi's Restaurant. [18]

The John Gassner Award (presented for an American play, preferably by a new playwright) was won by Gina Gionfriddo for Becky Shaw , and the Special Achievement Award was given to the three actors who share the role of Billy Elliot, David Alvarez, Trent Kowalik and Kiril Kulish in Billy Elliot the Musical. [19]

All winners and nominees

The complete list of winners and nominees is at the Outer Critics Official Site. [20] 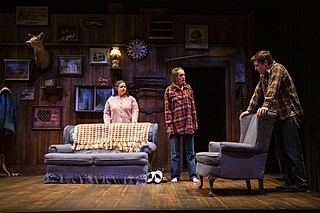 Sherie Rene Scott is an American actress, singer, writer and producer. She has been seen in multiple Broadway and Off-Broadway plays and musicals, on numerous solo and original cast recordings, and in various film and television roles. 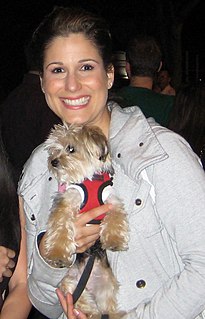 Stephanie Janette Block is an American actress and singer, known for her work on the Broadway stage. 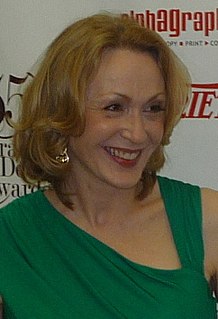 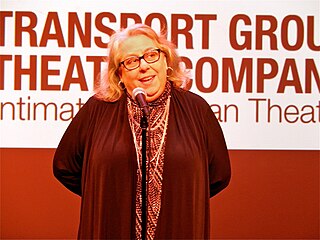 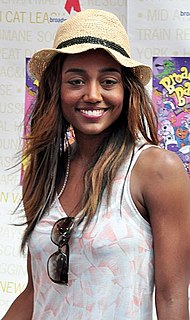 Patina Renea Miller is an American actress and singer. Miller is best known for originating the role of disco diva wannabe Deloris Van Cartier in the 2009 West End and 2011 Broadway productions of Sister Act. She also starred as the Leading Player in the 2013 revival of Pippin. This role earned her a Tony Award for Best Actress in a Musical. 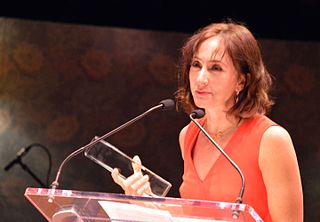 Carmen Cusack is an American musical theater actress and singer. She is known for playing Elphaba in the Chicago, North American Tour and Melbourne productions of the musical Wicked, as well as for originating the role of Alice Murphy in the Broadway musical, Bright Star.

Andy Sandberg is an American director, writer, actor, and producer. A 2005 graduate of Yale College, his Off-Broadway directing credits include Straight, Application Pending, Shida, Craving for Travel, Operation Epsilon, and The Last Smoker in America. He is also known as a producer of the Broadway (2009) and West End (2010) revivals of the musical Hair.

Jessica Ruth Mueller is an American actress and singer. She started her acting career in Chicago and won a Joseph Jefferson Award in 2008 for her role as Carrie Pipperidge in Carousel. In 2011, she moved to New York City to star in a Broadway revival of On a Clear Day You Can See Forever, for which she was nominated for a Tony Award. She won the 2014 Tony Award for Best Actress in a Musical for her performance as Carole King in Beautiful: The Carole King Musical. She also received two additional Tony Award best actress nominations for her roles in Waitress in 2016 and in the Broadway revival of Carousel in 2018.

Valisia LeKae is an American actress and singer. She was nominated for a 2014 Grammy Award and in 2013 she was nominated for the Tony Award for Best Lead Actress in a Musical both for her performance as Diana Ross in the Broadway musical Motown: The Musical.

Lady Day at Emerson's Bar and Grill is a play with music by Lanie Robertson, recounting some events in the life of Billie Holiday. The play premiered in 1986 at the Alliance Theatre in Atlanta, Georgia, and soon played Off-Broadway. The play opened on Broadway in 2014.

Bad Jews is a dark comedy play by Joshua Harmon. After a beloved grandfather dies in New York, leaving a treasured piece of religious jewelry that he succeeded in hiding even from the Nazis during the Holocaust, cousins fight over not only the family heirloom, but their "religious faith, cultural assimilation, and even the validity of each other's romances."

Oslo is a Tony award-winning play by J. T. Rogers, recounting the true-life, previously secret, back-channel negotiations in the development of the pivotal 1990s Oslo Peace Accords between Israel and the Palestinian Liberation Organization. The play premiered Off-Broadway in June 2016 and then transferred to Broadway in April 2017.

Rosalind Productions Inc. is a multi-Tony Award-nominated and Drama Desk-winning American production company focused on new and classic work on Broadway and Off-Broadway. The company produces projects with female-identified characters who drive the main storyline as well as women-authored and women-directed works.