Bangs was born in Watertown, Massachusetts as the second son of Edward and Annie Outram (Hodgkinson) Bangs. He studied at Harvard from 1880 to 1884, and became Curator of Mammals at the Harvard Museum of Comparative Zoology in 1900. [1] 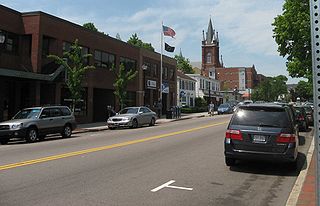 Watertown is a town in Middlesex County, Massachusetts, and is part of the Greater Boston area. The population was 31,915 in the 2010 census. Its neighborhoods include Bemis, Coolidge Square, East Watertown, Watertown Square, and the West End. It is one of thirteen Massachusetts municipalities that retain the title of “town” while functioning under state law as cities. 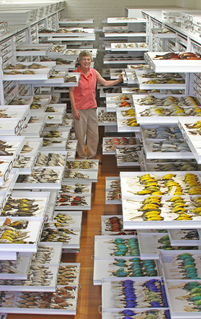 He visited Jamaica in 1906 and collected over 100 birds there, but his trip was cut short by dengue fever. His collection of over 10,000 mammalian skins and skulls, including over 100 type specimens, was presented to Harvard College in 1899. In 1908 his collection of over 24,000 bird skins was presented to the Museum of Comparative Zoology, and he went on to increase it. In 1925 he went to Europe, visiting museums and ornithologists and arranging scientific exchanges. He wrote over 70 books and articles, 55 of them on mammals ... [2] 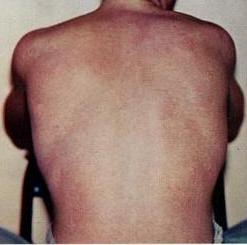 Dengue fever is a mosquito-borne tropical disease caused by the dengue virus. Symptoms typically begin three to fourteen days after infection. This may include a high fever, headache, vomiting, muscle and joint pains, and a characteristic skin rash. Recovery generally takes two to seven days. In a small proportion of cases, the disease develops into severe dengue, also known as dengue hemorrhagic fever, resulting in bleeding, low levels of blood platelets and blood plasma leakage, or into dengue shock syndrome, where dangerously low blood pressure occurs.

He died at his summer home at Wareham, Massachusetts. [1] 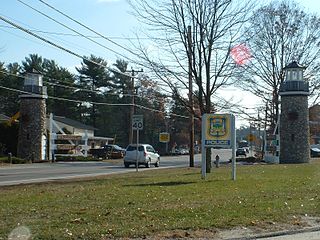 Wareham is a town in Plymouth County, Massachusetts, United States. As of the 2010 census, the town had a population of 21,822. 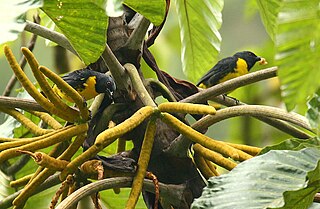 Bangsia is a genus of tanagers containing six species. They are native to humid forests in Colombia, Ecuador, Panama and Costa Rica. Wetmorethraupis is a close relative.

The Santa Marta antpitta is a species of bird in the Grallariidae family. It is endemic to Colombia. Its natural habitat is subtropical or tropical moist montane forests. It is threatened by habitat loss.

Bangs's mountain squirrel is a poorly known species of tree squirrel, that only lives in Costa Rica and Panama. It can be found in mountain rain forests at an altitude between 1,900 and 2,600 metres, and lives mainly in the tree tops, but sometimes on the forest floor as well. One of its habitats is at the summit of the Poás Volcano in Costa Rica, in a Clusia forest that is almost inaccessible to humans.

Pierre Antoine Delalande was a French naturalist and explorer.

Louis Fraser (1810-1866) was a British zoologist and collector. In his early years, Fraser was curator of the Museum of the Zoological Society of London.

Paul Matschie was a German zoologist.

August von Pelzeln was an Austrian ornithologist. He was a grandson to novelist Karoline Pichler (1769-1843).

Anton Reichenow was a German ornithologist and herpetologist.

John David Digues La Touche was an Irish ornithologist, naturalist, and zoologist. La Touche's career was as a customs official in China.

William James Clench was an American malacologist, professor at Harvard University and curator of the mollusk collection in the malacology department of the Museum of Comparative Zoology at Harvard.

Michele Lessona was an Italian zoologist.

Alfred Hart Everett was a British civil servant and administrator in Borneo as well as being a naturalist and natural history collector.

Alfred Marshall Bailey was an American ornithologist who was associated with the Denver Museum of Natural History in Colorado for most of his working life.

Robert Geoffrey Hewett "Bob" Green AM was an Australian naturalist, photographer, conservationist, and long-term Curator of the Queen Victoria Museum and Art Gallery in Launceston, Tasmania. 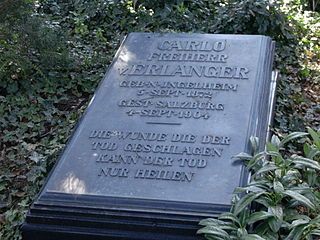 Carlo von Erlanger was a German ornithologist and explorer born in Ingelheim am Rhein. He was a cousin to musicologist Rodolphe d'Erlanger (1872-1932).

Rudolf Grauer was an Austrian explorer and zoologist.

Benjamin Shreve (1908–1985) was an American amateur herpetologist. He was from a wealthy Boston family of jewellers and worked at the Harvard Museum of Comparative Zoology as a volunteer. He was trained by Arthur Loveridge to deal with materials from elsewhere than Africa. Shreve described many species from the West Indies together with Thomas Barbour. In these papers, Shreve is said to have done the "spadework" while Barbour wrote "florid" introductions.

Edward Burton FRS FLS was a British Army surgeon and a zoologist. He was also a magistrate for Kent.