The Overseas Development Institute (ODI) is an independent think tank on international development and humanitarian issues, founded in 1960. Based in London, its mission is "to inspire and inform policy and practice which lead to the reduction of poverty, the alleviation of suffering and the achievement of sustainable livelihoods in developing countries." It does this by "locking together high-quality applied research, practical policy advice, and policy-focused dissemination and debate." [1]

In 1960 ODI began in small premises in Regent's Park, central London and operated a library devoted to international development issues as well as performing consultancy work and contracts with the Department for International Development (then known as the Overseas Development Agency) of the UK government. [2] Since then it has moved several times and is as of 2019 [update] on Blackfriars Road. [3]

Since 2004 it has had a Partnership Programme Arrangement with the UK's Department for International Development. [4] The Institute also developed a strong focus on communications and 'bridging research and policy'. [5]

In 2007 the ODI was named 'Think Tank of the Year' by Public Affairs News magazine. [6] It was named 'Think-tank to Watch' in the Prospect 'Think-tank of the Year' awards in 2005 and is considered to be in international policy circles to be one of the world's leading think tanks on development. [7] It celebrated its 50th anniversary in 2010, with guests including former ODI Fellow and UK Business Secretary, Vince Cable. [8] [9]

As of 2014 [update] ODI had more than 230 staff. [10] The Executive Director is Sara Pantuliano. Alex Thier was ODI Executive Director 2017 – 2019. From 2013 until 2016 it was directed by Kevin Watkins who took over from Dr Alison Evans, formerly of the Institute of Development Studies (IDS) at Sussex University. [11] ODI does not engage in teaching. As of 2015 [update] ODI had the following programmes that focus on aspects of international development: [12]

ODI has published many books, papers, briefings, and two academic journals, Development Policy Review and Disasters . In November 2013 an ODI report on fossil fuel subsidies and climate was published, [17] followed up by another report about the same topic a year later, [18] which was discussed by BBC, [19] the Guardian [20] and Die Welt. [21]

ODI runs a fellowship scheme, which sends young postgraduate economists of all nationalities to work in the public sectors of developing countries in sub-Saharan Africa, the Caribbean, South Asia, South East Asia and the Pacific on two-year contracts. Since 1963 ODI has sent over 1000 postgraduate economists to work in 40 mostly low-income countries. Participants were initially known as Overseas Development Institute Nuffield Fellows (ODINs) and later titled as ODI Fellows. [22]

As a registered charity, ODI's income relies on "grants and donations from foundations, non-governmental organisations, the private sector, governments, multilateral agencies and academia".

David Steven of Global Dashboard criticized the ODI for not making the distinction between subsidy and having a lower VAT rate on fuel comparison to other goods. [25] 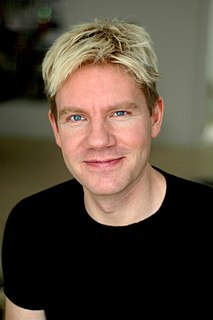 Bjørn Lomborg is a Danish author and President of his think tank, Copenhagen Consensus Center. He is former director of the Danish government's Environmental Assessment Institute (EAI) in Copenhagen. He became internationally known for his best-selling and controversial book, The Skeptical Environmentalist (2001), in which he argues that many of the costly measures and actions adopted by scientists and policy makers to meet the challenges of global warming will ultimately have minimal impact on the world's rising temperature.

A think tank, or policy institute, is a research institute that performs research and advocacy concerning topics such as social policy, political strategy, economics, military, technology, and culture. Most think tanks are non-governmental organizations, but some are semi-autonomous agencies within government or are associated with particular political parties or businesses. Think-tank funding often includes a combination of millionaire donations and individual contributions, with many also accepting government grants.

The European Investment Bank (EIB) is a publicly owned international financial institution whose shareholders are the EU member states. It was established in 1958 under the Treaty of Rome as a "policy-driven bank" using financing operations to further EU policy goals such as European integration and social cohesion. It should not be confused with the European Central Bank, which is based in Frankfurt (Germany) or with the European Bank for Reconstruction and Development (EBRD) which is based in London.

The International Energy Agency is a Paris-based autonomous intergovernmental organization established in the framework of the Organisation for Economic Co-operation and Development (OECD) in 1974 in the wake of the 1973 oil crisis. The IEA was initially dedicated to responding to physical disruptions in the supply of oil, as well as serving as an information source on statistics about the international oil market and other energy sectors. 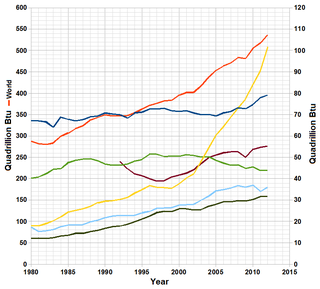 The Export–Import Bank of the United States is the official export credit agency (ECA) of the United States federal government. Operating as a wholly owned federal government corporation, the Bank "assists in financing and facilitating U.S. exports of goods and services". EXIM intervenes when private sector lenders are unable or unwilling to provide financing, equipping American businesses with the financing tools necessary to compete for global sales. EXIM's aim is to promote U.S. goods and services at no cost to U.S. taxpayers, protecting “made in America” products against foreign competition in overseas markets and encouraging the creation of American jobs. Its current chairman and president, Kimberly A. Reed, was nominated by President Donald J. Trump on January 16, 2019, and sworn in on May 9, 2019. 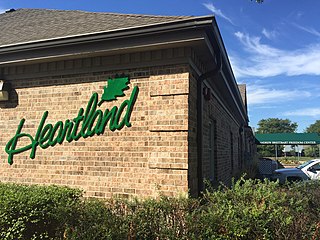 Energy in France is the energy and electricity production, consumption and import in France. 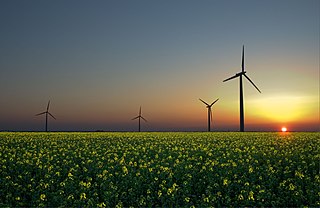 "Fossil fuels lobby" is a term used to label the paid representatives of large fossil fuel and electric utilities corporations who attempt to influence governmental policy. Big Oil companies such as ExxonMobil, Royal Dutch Shell, BP, Total S.A., Chevron Corporation, and ConocoPhillips are amongst the largest corporations associated with the fossil fuels lobby. General Electric, Southern Company, First Energy, and the Edison Electric Institute are also among the most influential electric utilities corporations. By sector, in the United States "Energy/Nat Resource" comes fifth, behind "Misc Business", "Finance/Insur/RealEst", Health and "Communic/Electronics". 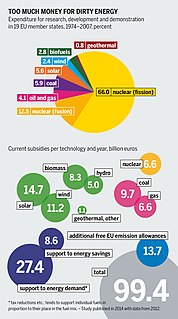 The carbon bubble is a hypothesized bubble in the valuation of companies dependent on fossil-fuel-based energy production, because the true costs of carbon dioxide in intensifying global warming are not yet taken into account in a company's stock market valuation. Currently the price of fossil fuels companies' shares is calculated under the assumption that all fossil fuel reserves will be consumed. An estimate made by Kepler Chevreux puts the loss in value of the fossil fuel companies due to the impact of the growing renewables industry at US$28 trillion over the next two decades-long. A more recent analysis made by Citi puts that figure at $100 trillion. 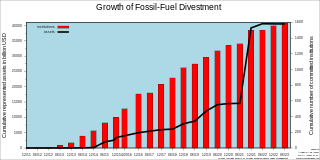 The Mercator Research Institute on Global Commons and Climate Change (MCC) conducts research and fosters dialogue about how the global commons, such as the atmosphere and the oceans, might be used and shared by many yet nevertheless be protected. A main theme is the compatibility of economic growth with sustainable development and climate protection.

The Energy Transition Commission (ETC) is an international think tank aimed at meeting the dual challenge of economic growth and climate change mitigation. It was created in September 2015 and is based in London. The commission currently contains 32 commissioners from a diverse global background, including former or current national leaders, CEOs of major companies, and thought leaders on key energy issues. The commission's secretariat is supplied by SYSTEMIQ.