Péter Módos (born 17 December 1987 in Szigetvár) [1] is a Hungarian wrestler. He won the bronze medal at the 2012 Summer Olympics in the Greco-Roman men's 55 kg event.

Hungary is a country in Central Europe. Spanning 93,030 square kilometres (35,920 sq mi) in the Carpathian Basin, it borders Slovakia to the north, Ukraine to the northeast, Romania to the east and southeast, Serbia to the south, Croatia and Slovenia to the southwest, and Austria to the west. With about 10 million inhabitants, Hungary is a medium-sized member state of the European Union. The official language is Hungarian, which is the most widely spoken Uralic language in the world, and among the few non-Indo-European languages to be widely spoken in Europe. Hungary's capital and largest city is Budapest; other major urban areas include Debrecen, Szeged, Miskolc, Pécs and Győr.

Peter Mattias "Foppa" Forsberg is a Swedish retired professional ice hockey player and was for a time assistant general manager of Modo Hockey. Known for his on-ice vision and physical play, Forsberg is considered one of the greatest players of all time. Although his career was shortened by persistent injuries, as of 2014, he stands eighth all-time in career points-per-game and fourth all-time in career assists-per-game in the NHL, only behind Wayne Gretzky, Mario Lemieux and Bobby Orr. In 2017 Forsberg was named one of the '100 Greatest NHL Players' in history.

Moleskine is an Italian manufacturer, papermaker and product designer founded in 1997 by Francesco Franceschi, based in Milan, Italy. It produces and designs luxury notebooks, as well as planners, sketchbooks, leather backpacks, journals, wallets, various accessories, and stationery.

Martin Glover, known by his stage name Youth, is an English record producer and a founding member and bassist of Killing Joke. He is a member of the Fireman, along with Paul McCartney.

Samuel Olof "Sammy" Påhlsson is a Swedish former professional ice hockey player who last played with Modo Hockey of the Swedish Hockey League (SHL). Påhlsson spent the majority of his playing career in the National Hockey League (NHL) with the Boston Bruins, Anaheim Ducks, Chicago Blackhawks, Columbus Blue Jackets and Vancouver Canucks. He was originally drafted 176th overall by the Colorado Avalanche at the 1996 NHL Entry Draft, though he never played for the team.

Jaša Tomić is a town located in the municipality of Sečanj, in the Central Banat District of Serbia. It is situated in the Autonomous Province of Vojvodina. The town has a Serb ethnic majority and a population numbering 2,982 people.

Guldhjälmen is a Swedish ice hockey award, which is awarded annually to the Swedish Hockey League (SHL)'s most valuable player as decided by a vote of its players. 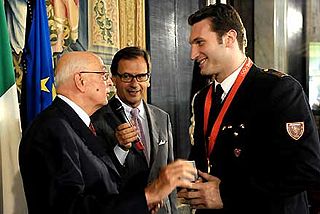 Roberto Cammarelle is an Italian boxer, best known for winning the World Amateur Boxing Championships in 2007 (Chicago) and 2009 (Milan) as a super heavyweight and a gold medal at the 2008 Olympic Games in Beijing. He won a silver medal in 2012 London Olympic Games, losing to Anthony Joshua. 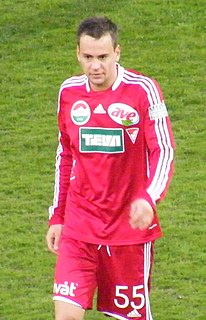 Péter Gulácsi is a Hungarian footballer who plays for RB Leipzig as a goalkeeper. 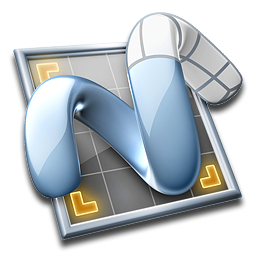 Modo is a polygon and subdivision surface modeling, sculpting, 3D painting, animation and rendering package developed by Luxology, LLC, which is now merged with and known as Foundry. The program incorporates features such as n-gons and edge weighting, and runs on Microsoft Windows, Linux and macOS platforms.

Janos Hari is a Hungarian professional ice hockey Winger who currently plays for Düsseldorfer EG of the Deutsche Eishockey Liga (DEL). He previously played in the Swedish Hockey League with Modo Hockey and Leksands IF.

Modo is a member-owned carshare operator in British Columbia. It was incorporated in 1997, making it the oldest carsharing organization in the area, first carshare co-op in North America and the first carshare in the English-speaking world. Modo amalgamated with the Victoria Carshare Co-op in 2015 and now serves 14 municipalities in the Lower Mainland and Greater Victoria.

Kyle Flanagan is an American former professional ice hockey player. He appeared in the American Hockey League (AHL) with the Adirondack Phantoms, Binghamton Senators and the Belleville Senators. 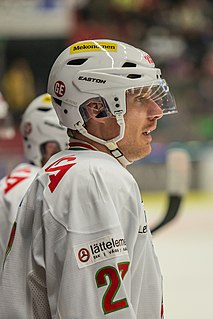 Peter Öberg is a Swedish ice hockey player. He is currently playing with Modo Hockey in the HockeyAllsvenskan (Allsv).