Péter Rusorán (11 April 1940 – 14 February 2012) was a Hungarian swimmer, water polo player and later water polo coach. As a player, he won the Olympic Games gold medal in 1964 and the bronze in 1960 and also obtained the Universiade title in 1965. As a coach, Rusorán won a number of national league titles both in Hungary and abroad and also triumphed on two occasions in the most prestigious continental competition, the European Champions Cup.

Rusorán was born in Budapest [1] and began swimming and playing water polo at the age of nine by Fáklya Opera. In 1952 he switched to Vörös Meteor, and in 1961 to Csepel Autó. In 1969 he moved to Vasas SC, where he finished his playing career in 1972. On club level his biggest achievement is a Hungarian Cup title from 1971. [2]

Rusorán played 103 times for the Hungarian water polo team between 1959–1968, [2] and won the bronze medal at the 1960 Summer Olympics. He played two matches in the tournament and scored six goals. Four years later he was a member of the Hungarian team which won the gold medal in the 1964 Olympics. [1] Rusorán contributed with eight goals in six matches to the success, and became the best Hungarian scorer of the championship. [3] In 1965 he also won the Universiade held in his hometown Budapest. [2]

Following his retirement from professional sports, Rusorán took the head coaching position of Vasas SC and led them to seven Hungarian Championship titles. On the continental level he won two European Champions Cups in 1980 and 1985, and the Cup Winners' Cup in 1986. He had a short spell in Iran, where he managed the Iranian national team, and he also coached the Hungarian national team from 1983 to 1985, during which period Hungary won a silver medal at the 1983 World Championship. [2]

Rusorán later coached Budapest-based Tungsram SC, and from the early nineties he worked abroad: first in Germany with record champions Wasserfreunde Spandau 04, then in Greece, where he coached Ethnikos Piraeus and finally in Switzerland with SVVC Morgan. [4]

After quitting water polo, Rusorán settled in Paloznak, a little village in the Bakony mountains. For his sporting achievements and his work for the village community he was awarded the honorary citizenship of Paloznak in 2010. [4] He died on 14 February 2012 at the age of 71. [5] 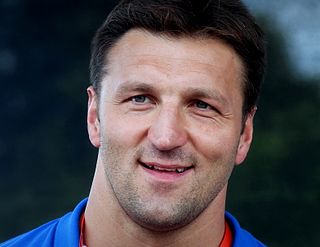 Gergely "Gergő" Kiss is a Hungarian water polo player who plays for Vasas SC in the Hungarian Championship. He plays on the right side, but moves to 2-meters on offense sometimes. He is considered to be one of the best left-handed water polo players in the world.

Ervin Zádor was a Hungarian water polo player and member of the Hungarian national team.

Attila Vári, nicknamed Doki, is a Hungarian water polo player, who played on the gold medal squads at the 2000 Summer Olympics and 2004 Summer Olympics. 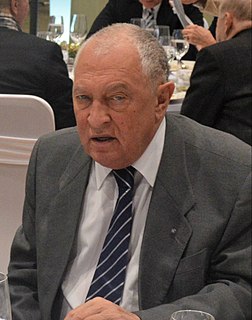 Csaba Fenyvesi was a Hungarian fencer and Olympic champion in épée competition.

Gábor Kis is a Hungarian water polo player who plays for Szolnoki Vízilabda SC. He was a member of the Gold medal winning Hungary men's national water polo team at the 2008 Beijing Olympics. 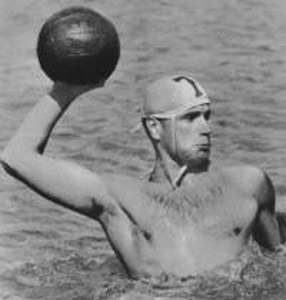 István Szívós Sr. was a Hungarian water polo player. He was part of the Hungarian teams that won gold medals at the 1952 and 1956 Olympics and placed second in 1948. At the 1956 Olympics he also took part in the 200 m breaststroke swimming competition, but failed to reach the final. In 1997 he was inducted into the International Swimming Hall of Fame, one year later than his son István Jr., who competed in water polo at the 1968–1980 Olympics. Szívós Sr. also attended the 1980 Olympics and served as the flag bearer for Hungary at the Opening Ceremony.

Iván Menczel was a Hungarian football midfielder and Olympic champion. Menczel won the Olympic Games title in Mexico City in 1968, and in addition he was member of the Hungarian team which participated at the 1962 FIFA World Cup. He also played for Salgótarjáni BTC.

The Vasas SC water polo team is a department of the Budapest-based sports association Vasas SC. One of the most successful teams in the country, they have won the Hungarian Championship 17 times and the Hungarian Cup 15 times. The club also had major successes on continental level as they won the LEN Euroleague, Europe's premier water polo competition two times and took the LEN Cup Winners' Cup title on three occasions as well.

Miklós Ambrus was a Hungarian water polo player, born in Eger who competed in the 1964 Summer Olympics. 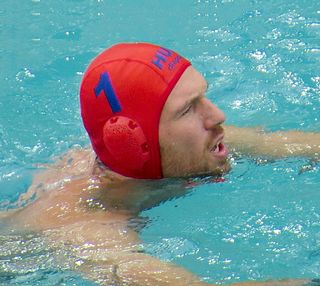 Viktor Nagy is a Hungarian water polo goalkeeper. He took up the sport at the age of 10 at the BVSC Sport Club in Budapest, and made his first appearance for the Hungarian national team in 2006. He won the world title in 2013 and competed at the 2012 and 2016 Olympics.