Zimní stadion Luďka Čajky is an indoor sporting arena located in Zlín, Czech Republic. The capacity of the arena is 7,000 people and was built in 1957. It was named after Zlín hockey player Ludek Čajka, who was fatally wounded during a game in Košice. It is currently home to the PSG Zlín ice hockey team.

Valašský hokejový klub Vsetín, also known as Hockey Club Vsetín, is an ice hockey team in the Czech 1. liga. The team is the most successful team in Czech Republic ice hockey history, winning five straight Extraliga championships between 1995 and 1999, and another in 2001 for six titles in seven years. Their home arena is Zimní stadion Na Lapači in Vsetín. In the 2005–06 and 2006-07 seasons, they finished at the bottom of the league and did not participate in any competition in the 2007-08 season due to financial problems. Hockey returned to Vsetín a year later, when a new team was founded. The team has been playing in the Czech 1. liga since the 2017-18 season after being promoted from the Czech 2. liga in 2016-17. 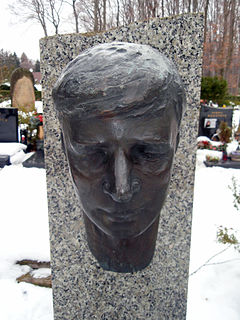 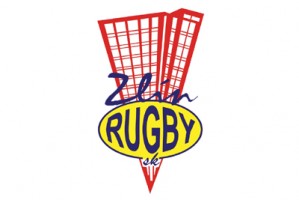 RC Zlín is a Czech rugby club in Zlín. They currently play in the KB Extraliga.

Dominik Lakatoš is a Czech professional ice hockey player. He is currently playing for HC Vítkovice of the Czech Extraliga (ELH). He was selected by the New York Rangers in the sixth round, 157th overall, of the 2017 NHL Entry Draft.

Vojtěch Dobiáš is a Czech professional ice hockey forward. He is currently playing for HC ZUBR Přerov of the Chance Liga on loan from PSG Berani Zlín.