PYTHON was a Cold War contingency plan of the British Government for the continuity of government in the event of nuclear war.

Following the report of the Strath Committee in 1955, the British government developed contingency plans for the continuity of government. This included construction of the Central Government War Headquarters (CGWHQ), codenamed BURLINGTON, at Corsham. As planned, it would have been a "reserve Whitehall" where the central government could be moved in an emergency and, hopefully, survive a nuclear attack. As nuclear weapons became more powerful and intercontinental ballistic missiles became more of a threat than manned bombers, the concept of concentrating central government in a single location became flawed. Instead government would be dispersed around the country with just core functions at CGWHQ. The Cuban Missile Crisis of 1962 prompted a radical rethink of continuity plans. [1] Part of the thinking was that the Precautionary Period ahead of nuclear war, or a conventional war in Europe culminating in nuclear war, might only last 2-3 days rather than the 7 days originally planned, so it would not be possible to fully staff CGWHQ with 4,000 people in time. [2]

Sites for dispersing government were selected in 1966 based on their existing accommodation, independence from the national power and water grids, nuclear fallout protection and distance from likely targets. The chosen sites were RNAS Culdrose in Cornwall, HMS Osprey in Dorset, Taymouth Castle (then the Civil Defence Corps Training School) in Scotland and either the helicopter support ship RFA Engadine or royal yacht HMY Britannia which would embark a PYTHON group at Loch Torridon or Oban. [4] Tonfanau Army Camp was temporarily designated as the PYTHON location for Wales with a view to moving the site to the Old College at Aberystwyth University (which housed the University's Department of Physics) as soon as possible. [1] Each dispersed PYTHON group would be supported by dispersed sections of the United Kingdom Supply Agency and the National Air Transport Agency.

In addition, in 1964 the Secretary of State for Scotland ordered three ships - MV Hebrides, MV Clansman and RMS Columba - which were chartered to David MacBrayne as car ferries but could be converted to floating nuclear bunkers in a very short time. They had heavy steel doors to seal the car deck, air tight external windows and doors, decontamination rooms with showers and external sprinklers to wash away fallout. One or more of these ships would have accompanied RFA Engadine or HMY Britannia from Oban or Mallaig. [1]

The Corsham bunker, given the new codename TURNSTILE from 1963 and CHANTICLEER from 1970, would play an important part in the lead up to war but ceased to have a CGWHQ role other than as a possible aggregation point for PYTHON groups some time after an attack. [2] 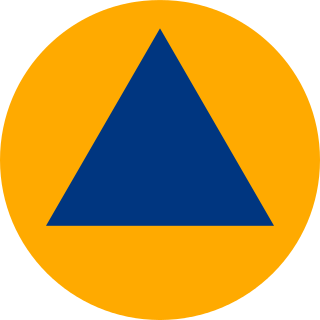 Civil defense or civil protection is an effort to protect the citizens of a state from military attacks and natural disasters. It uses the principles of emergency operations: prevention, mitigation, preparation, response, or emergency evacuation and recovery. Programs of this sort were initially discussed at least as early as the 1920s and were implemented in some countries during the 1930s as the threat of war and aerial bombardment grew. It became widespread after the threat of nuclear weapons was realized.

A fallout shelter is an enclosed space specially designed to protect occupants from radioactive debris or fallout resulting from a nuclear explosion. Many such shelters were constructed as civil defense measures during the Cold War.

Her Majesty's Yacht Britannia, also known as the Royal Yacht Britannia, is the former royal yacht of the British monarch, Queen Elizabeth II, in service from 1954 until 1997. She was the 83rd such vessel since King Charles II acceded to the throne in 1660, and is the second royal yacht to bear the name, the first being the racing cutter built for the Prince of Wales in 1893. During her 43-year career, the yacht travelled more than a million nautical miles around the globe. Now retired from royal service, Britannia is permanently berthed at Ocean Terminal, Leith in Edinburgh, Scotland. It is a popular visitor attraction with over 300,000 visits each year.

Continuity of government (COG) is the principle of establishing defined procedures that allow a government to continue its essential operations in case of a catastrophic event such as nuclear war.

RFA Engadine (K08) was a helicopter support ship of the Royal Fleet Auxiliary. The need for Engadine was seen in the mid-1960s as more and more helicopters were deployed from Royal Navy aircraft carriers and surface combatants. The ship was ordered in August 1964, from Henry Robb of Leith, and commissioned in December 1967, replacing HMS Lofoten. She was named after the Engadin valley in south-east Switzerland, which is represented by the alphorns and edelweiss on her badge.

The Central Government War Headquarters (CGWHQ) is a 35-acre (14 ha) complex built 120 feet (37 m) underground as the United Kingdom's emergency government war headquarters – the hub of the country's alternative seat of power outside London during a nuclear war or conflict with the Soviet Union. It is located in Corsham, Wiltshire, in a former Bath stone quarry known as Spring Quarry, under the present-day MoD Corsham. In 1940, during the Second World War, the site was acquired by the Minister of Aircraft Production and used as an underground engine factory.

RAF Rudloe Manor, formerly RAF Box, was a Royal Air Force station located north-east of Bath, England, between the settlements of Box and Corsham, in Wiltshire. It was one of several military installations situated in the area and covered three dispersed sites. The sites are now used by Defence Digital. 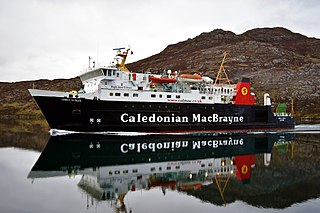 MV Lord of the Isles is one of the larger Caledonian Maritime Assets Limited ferries, run by Caledonian MacBrayne and largely operating from Mallaig on the west of Scotland. Built in Port Glasgow, she is the most-travelled vessel in the CalMac fleet.

Regional seats of government or RSGs were the best known aspect of Britain's civil defence preparations against nuclear war. In fact, however, naming conventions changed over the years as strategies in Whitehall changed.

A contingency plan is a plan devised for an outcome other than in the usual (expected) plan. 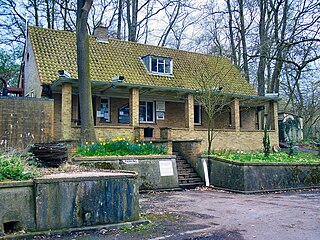 The Kelvedon Hatch Secret Nuclear Bunker at Kelvedon Hatch, in the Borough of Brentwood in the English county of Essex, is a large underground bunker maintained during the Cold War as a potential regional government headquarters. Since being decommissioned in 1992, the bunker has been open to the public as a tourist attraction, with a museum focusing on its Cold War history. 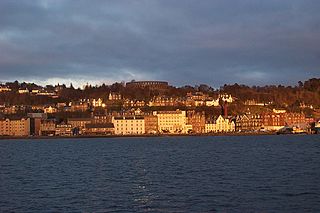 The Wartime Broadcasting Service is a service of the BBC that is intended to broadcast in the United Kingdom either after a nuclear attack or if conventional bombing destroyed regular BBC facilities in a conventional war. 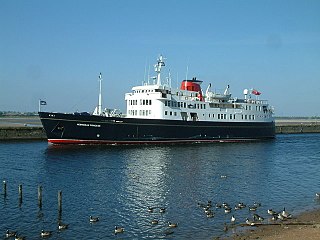 MV Hebridean Princess is a cruise ship operated by Hebridean Island Cruises. She started life as the MacBrayne car ferry and Royal Mail Ship, initially RMS then MV Columba, based in Oban for the first 25 years of her life, carrying up to 600 passengers, and 50 cars, between the Scottish islands.

The Maritime history of Scotland involves events including shipping, ports, navigation, and seamen, as well as marine sciences, exploration, trade, and maritime themes in the arts of Scotland.

David MacBrayne is a limited company owned by the Scottish Government. Formed in 1851 as a private shipping company, it became the main carrier for freight and passengers in the Hebrides, with a co-ordinated network of shipping, road haulage and bus operations. In 1973, it was merged with Caledonian Steam Packet Company as state-owned Caledonian MacBrayne. Since 2006 it has been the holding company for ferry operators CalMac Ferries Ltd and Argyll Ferries.

Tonfanau is a coastal village in the community of Llangelynin, in Gwynedd, Wales. It is 2.4 miles (3.9 km) north of Tywyn. The village is served by Tonfanau railway station.

Operation Candid: Protection of the Royal Family in an Emergency was a Cold War contingency plan of the British Government to evacuate Queen Elizabeth II, the Duke of Edinburgh and other members of the British royal family from London in the event of nuclear war. The plan was devised in late 1962 following the Cuban Missile Crisis and approved the following year.