Pablo José Montoya Campuzano (born 1963, in Barrancabermeja) is a Colombian writer. [1] He is best known for his novel Tríptico de la infamia which won the Romulo Gallegos Prize in 2015. [2] He is as of 2016, the fifth Colombian to obtain this recognition, being preceded by Gabriel García Márquez in 1972, Manuel Mejía Vallejo in 1989, Fernando Vallejo in 2003 and William Ospina in 2009. He studied music at Escuela Superior de música de Tunja and holds a degree in philosophy and literature from Universidad Santo Tomás in Bogotá. He obtained his master's and doctorate in Hispanic and Latin American Studies from the University of Paris III: Sorbonne Nouvelle.

He is currently a professor of literature at University of Antioquia. He has also been a visiting professor at the universities of Mar del Plata and the University of Paris III: Sorbonne Nouvelle. In his work, he talks about history, music, travel, eroticism, the fine arts with the situation of exile and violence of contemporary man. Always close to poetry, his writing carefully handles language. His books present a moving battle between misery and irony, erudition and hopelessness. His novels, short stories and critical texts have been featured in numerous Colombian and foreign publications. His translations of French and African writers have also been published in different magazines and newspapers in Latin America and Europe.

Pablo Emilio Escobar Gaviria was a Colombian drug lord and narcoterrorist who was the founder and sole leader of the Medellín Cartel. Dubbed "The King of Cocaine," Escobar is the wealthiest criminal in history, having amassed an estimated net worth of US$30 billion by the time of his death—equivalent to $59 billion as of 2019—while his drug cartel monopolized the cocaine trade into the United States in the 1980s and 1990s. 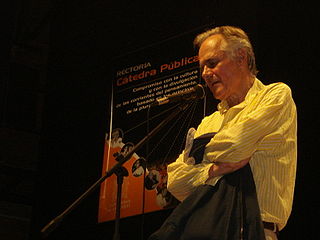 Fernando Vallejo Rendón is a Colombian-born novelist, filmmaker and essayist. He obtained Mexican nationality in 2007.

Sergio Ramírez Mercado is a Nicaraguan writer and intellectual who served in the leftist Government Junta of National Reconstruction and as Vice President of the country 1985-1990 under the presidency of Daniel Ortega.

José Donoso Yáñez was a Chilean writer. He lived most of his life in Chile, although he spent many years in self-imposed exile in Mexico, the United States (Iowa) and mainly Spain. Although he had left his country in the sixties for personal reasons, after 1973 he said his exile was also a form of protest against the dictatorship of Augusto Pinochet. He returned to Chile in 1981 and lived there until his death. 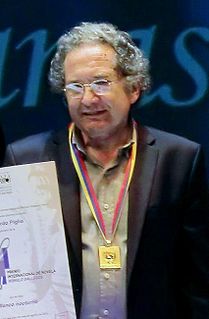 Manuel Mejía Vallejo was a Colombian writer and journalist. The specialist Luís Carlos Molina says that Mejía represents the Andean aspect of the contemporary Colombian narrative, characterized by a world of symbols which are little by little being lost in the memory of the mountain.

Latin American literature consists of the oral and written literature of Latin America in several languages, particularly in Spanish, Portuguese, and the indigenous languages of the Americas as well as literature of the United States written in the Spanish language. It rose to particular prominence globally during the second half of the 20th century, largely due to the international success of the style known as magical realism. As such, the region's literature is often associated solely with this style, with the 20th Century literary movement known as Latin American Boom, and with its most famous exponent, Gabriel García Márquez. Latin American literature has a rich and complex tradition of literary production that dates back many centuries. 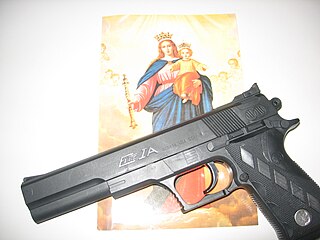 Our Lady of the Assassins is a semi-autobiographical novel by the Colombian writer Fernando Vallejo about an author in his fifties who returns to his hometown of Medellín after 30 years of absence to find himself trapped in an atmosphere of violence and murder caused by drug cartel warfare. The novel was later adapted into a film that received different international recognitions like the Award of the Italian Senate, the Venice Film Festival (2000) as the best Latin American film and the La Habana International Festival Nuevo Cine (2000).

Evelio Rosero Diago was born in Bogotá, Colombia, on 20 March 1958. He is a Colombian writer and journalist, who won in 2006 the Tusquets Prize.

Sergio Esteban Vélez Peláez is a Colombian writer, professor and journalist. He won the Premio Nacional de Periodismo Simón Bolívar 2010 », the Premio Internacional de Periodismo José María Heredia 2010 .) and the Premio Cipa a la Excelencia Periodística 2012. The poet Olga Elena Mattei says that Vélez represents the Andean aspect of the contemporary Colombian poetry. Vélez is a Communicator of the University of Antioquia, Colombia.

Jorge Franco Ramos is a writer from Colombia, known primarily for his novel Rosario Tijeras, which has been adapted for film and television.

Marianella P. Machado is a Venezuelan writer and composer. 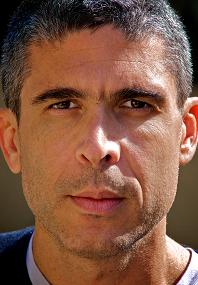 Camilo Pino La Corte is a Venezuelan novelist. He was born in Caracas, Venezuela in 1970, the son of historian Elias Pino Iturrieta.

William Ospina is a Colombian poet, essayist and novelist. He was born in Herveo, Tolima. He won the Romulo Gallegos Prize for his novel El país de la canela, part of a trilogy about the invasion and conquest of South America. 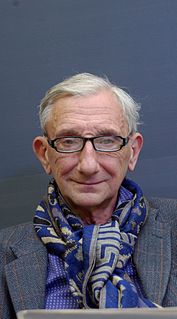