The Palace of Congresses (Albanian : Pallati i Kongreseve) is a venue in Tirana, Albania, where numerous festivals and events are held, including the annual Festivali i Këngës and Kënga Magjike and the Tirana Book Fair. [1]

It was built during the late communist era to host the Congresses of Albanian Labour Party and other official activities. Today, the palace is used as a venue for conferences, festivals, exhibitions, ceremonies, concerts and more. It currently has a capacity of 2,100 seats.

There are three other smaller halls, with a smaller capacity of 150, 280 and 300 people, designed as working environments for different meetings and occasions. 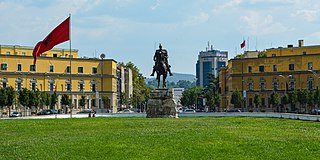 Tirana is the capital and largest city by area and population of the Republic of Albania. It is located in the center of Albania enclosed by mountains and hills with Mount Dajt elevating on the east and a slight valley on the northwest overlooking the Adriatic Sea in the distance. Due to its location at the Plain of Tirana and the close proximity to the Mediterranean Sea, the city is particularly influenced by a Mediterranean seasonal climate. It is among the wettest and sunniest cities in Europe, with 2,544 hours of sun per year.

Asion Daja is an Albanian football player who plays as a midfielder for Skënderbeu Korçë in the Albanian Superliga.

The Skanderbeg Square is the main plaza in the centre of Tirana, Albania. The square is named after the Albanian national hero Gjergj Kastrioti Skënderbeu. The total area is about 40.000 square metres. The Skanderbeg Monument dominates the square. 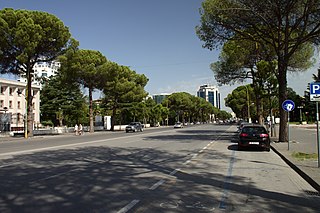 The Dëshmorët e Kombit Boulevard is a major boulevard in Tirana, Albania. It was planned by the Italian architect Gherardo Bosio and built in 1939 to 1941, during the Italian occupation of Albania. 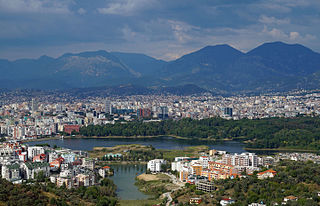 The Grand Park of Tirana, or the Park on the Artificial Lake, is a 289 hectare public park situated on the southern part of Tirana, Albania, and administered by the Agency of Parks and Recreation of the Municipality of Tirana.

Violeta Manushi was an Albanian actress. She was honored with the People's Artist of Albania. She is best known in Albania for her portrayal of Teto Ollga, a symbolic character which followed her for much of her career. 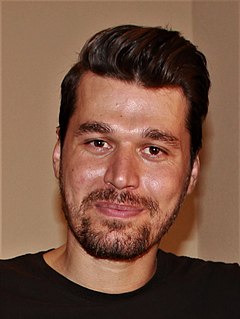 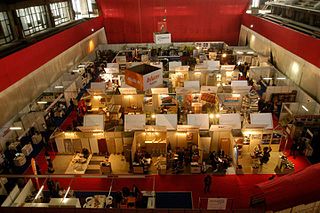 Fairs in Pristina started since the medieval period, at the time when it was famous for its annual trade fairs and its goat hide and goat hair articles. Pristina always had a development in trading due to its position in the Balkan trade routes. Despite that fact, Pristina, or Kosovo in general, is not known for occurrence of fairs. With the development of culture and especially after the last war in 1999, Pristina has had progress on holding these kinds of events.

Petrit Dibra is an Albanian former footballer who spent his entire career at his hometown club 17 Nëntori Tirana as a forward.

Petraq Zoto was an Albanian writer. He is mostly known for his collection of stories, and books targeting children and young readers.

The Air Albania Stadium, also referred to as Arena Kombëtare, is an all-seater, multi-purpose football stadium located in the capital city of Tirana which was built on the ground of the former Qemal Stafa Stadium. The stadium has a seating capacity of 22,500 constituting the largest stadium in Albania. 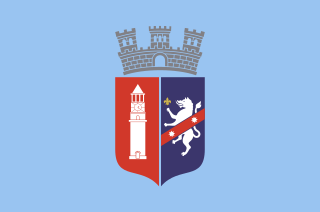 The Culture of Tirana concerns the arts, music, museums, festivals and other entertainment in the capital city of Albania. Tirana is one of the country's leading business and cultural centers including entertainment, music, media, fashion, and the arts all contribute to its status as Albania's largest city.

The 2016 Top Music Awards was held at the Pallati i Kongreseve in the capital city of Tirana, Albania, on 25 June 2016 and was broadcast live on Top Channel.

Kënga Magjike 2019 was the 21st edition of the annual music contest Kënga Magjike and was held on 4, 5 and 7 December 2019 at the Pallati i Kongreseve in Tirana broadcast live on Televizioni Klan. Ardit Gjebrea and Adrola Dushi were the hosts of the three live shows. The proceeds from the ticket sales was donated to the people affected by the 2019 earthquake in Albania. Anna Oxa, as she stated, bought a ticket and sat with the public in the first semi-final as an act of solidarity.

Kënga Magjike 2017 was the 19th edition of the annual music contest Kënga Magjike and was held on 6, 7 and 9 December 2017 at the Pallati i Kongreseve in Tirana broadcast live on Televizioni Klan. Ardit Gjebrea, Ariola Shehu and Nevina Shtylla were the hosts of the three live shows.