A part of earlier generation of the population were involved in the collecting of palmyra nectar and fermenting to produce alcoholic drinks. The typical nectar collected on pots from atop palmyra trees are also used for making 'karupatti' which is known for its medicinal properties. Three generations before, the people of Parassala have achieved socio-economic development because of the establishment of various educational and health care organizations by various religious groups and government.

• Parassala B. Ponnammal, recipient of Padma shri, an elderly woman who was the first female singer in the famous Navarathri Mandapam of Thiruvananthapuram during 2006 comes from this town. [5]

Parassala Sree Mahadeva Temple [8] is one of the foremost centres of worship in south Kerala and the temple is situated at the tiny village of Parassala adjoining the Kerala Tamil Nadu boundary. Here the deity, Lord Siva is facing the west, which is considered as a rare phenomenon, and devotees even from far off places attend the worship. It was built by Mallen Chembakaraman Delava of Venad royal family.

The temple is centuries old and the structure is rare stone architecture and Parvathy devi and Vighneswara are the upadevathas. The temple is famous for its rare rites and ceremonies and from time immemorial entry was allowed to all sects in the community irrespective of caste or creed and significantly arayas – a backward community have the privilege of participation for the commencement of important rituals in the temple from ancient times onwards and the Lord render blessings to all irrespective of caste, colour or creed. Parassala, the holy place is well known for communal harmony. Elankam Bhuvaneswary temple is another religious attraction in Parassala.

Many Christian worship places are there in Parassala. That includes a good number of RC (Roman Catholic), ECI, CSI, Lutheran, Pentecost Church of God Zionkunnu and Assemblies of God churches. Church of El-Shaddai at Anchali Jn. is a Pentecostal worship centre. Jehovah's Witnesses are also active in this area since 1975.

There are a good number of Muslim brothers in this constituency, which depicts the communal harmony of the place. One of the most famous Christian Church in Parassala is St. Peter's Church located in Hospital Junction built in 1604 by the Portuguese, very recently renovated and the Abbs Memorial Church, built in the 1850s by the English missionary Rev. John Abbs. The church choir is called "Abbs Echoes" with their main vision stated as "To produce the echoes of The Great Missionary Abbs." Southern Kurisumala is the location of a famous Christian pilgrim location, which is not only visited by Christians, but by other religious people also.

Parassala is famous for the HARE KRISHNA temple located in Neduvanvila, which is part of International Society for Krishna Consciousness. Local women from all walks of life and religion gather here as part of women empowerment. This centre houses a go-shala (shelter for cows) and anganvadi ( school for toddlers).

The nearest airport to Parassala is Trivandrum International Airport in Thiruvananthapuram. It is 33 km from Parassala town.

The nearest station is Parassala

The Köppen-Geiger climate classification system classifies its climate as Tropical monsoon climate (Am).

Neyyattinkara, is a Municipal Town and a major industrial and commercial hub located at the southern tip of Thiruvananthapuram metropolitan area in Trivandrum, the capital of Kerala State, and also the headquarters of Neyyattinkara Taluk. The town is situated on the banks of Neyyar River, one of the principal rivers in the district and hence its name. Neyyatinkara in Malayalam literally means "the shore of the river Neyyar". Neyyattinkara is the second most densely populated municipality in the district after Varkala. 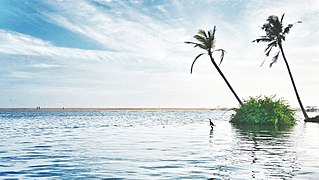 Amaravila is a village in Neyyattinkara town in Trivandrum district, Kerala State, India. Kerala's second largest checkpost after Walayar is situated in Amaravila. This village is situated in NH 47 on the way to Kanyakumari, on the Kerala-Tamil Nadu border.

Pozhiyoor is a village in the district of Thiruvananthapuram in the State of Kerala in India. It has gradually grown to a well known tourist destination in India. The major attractions of Poovar tourism area are in Pozhiyoor. Pozhikkara, estuary formed by river Neyyar before it falls into the mighty Arabian Sea is the centre of attraction of tourism circuit in Poovar. Golden Beach, Elephant Rock, Anantha Victoria Marthanda Varma Canal, Pieta are other major attractions in Pozhiyoor Beach area in Thiruvananthapuram. It is at the coastal border of the Indian states of Kerala and Tamil Nadu. 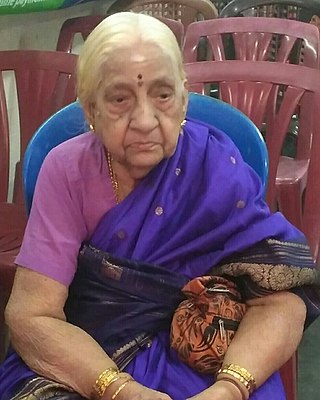 Wikimedia Commons has media related to Parassala .
This page is based on this Wikipedia article
Text is available under the CC BY-SA 4.0 license; additional terms may apply.
Images, videos and audio are available under their respective licenses.