Matchitt was born in Tokomaru Bay in 1933 of Te Whānau-ā-Apanui, Te Whakatōhea and Ngāti Porou descent. He was educated at St Peter’s Maori Boys' College. [2] [3]

Matchitt's art formation began with helping his father and grandfather on his workshop at Edgecumbe. [4] He went to the Auckland Teachers' Training College in 1955 and 1956. [4] After graduating as a teacher, he took a Dunedin-based course in teaching arts and crafts in schools. In 1957, he began his career as arts and crafts adviser for the South Auckland Education Board. He was one of the artists who pursued Māori Arts and Crafts courses at Ruatoria with Pine Taiapa. [4] In November 1964, Matchitt was exhibited with other major Māori artists (Clive Arlidge and Fred Graham) in Hamilton. [5] At the time of the Te Pakanga commission (one of his greatest bodies of work) in 1974, Matchitt was an Arts Advisory Officer in South Auckland. [2] Matchitt is best known for his large-scale public sculpture such as the City to Sea Bridge in Wellington (1993) and Auckland’s Aotea Centre (1989). [6]

Several of Matchitt's works use symbols taken from Te Kooti's flag Te Wepu (The Whip), a large red pennant created by nuns at a Catholic mission which had various symbols on it: a crescent moon, a cross, a mountain, a heart pierced by an arrow, and a six-pointed star. [7] Matchitt used these symbols in several works including the City to Sea Bridge, Aotea Centre, [8] 'Te Wepu Assemblage' (1986), [9] 'Te Wepu' (1986), [10] 'Huakina' (1986) [11] and "Heritage Fountain" ("Nga Puna Wai Whakapapa"), a fountain and metal sculpture in front of Napier Visitor Information Centre. [12]

Matchitt's 'Ringatu III' in Alison Park on Waiheke Island had to be restored at the cost of $8,000 after being hit by taggers. [13]

Although Matchitt was a leading figure in contemporary art in New Zealand since the 1960s his work is currently not celebrated due to his criminal conviction. [3] Matchitt was jailed for two and a half years in 2001, convicted of sexually abusing a 16-year-old girl. [14] In 2006 the High Court at Napier threw out charges against Matchitt of drugging and date-raping a 29-year-old woman, citing no evidence that the woman had either been drugged or raped. [15]

Matchitt's biography influences curators and writers in their consideration of promoting and including his work, for example a survey exhibition was put aside after his conviction. [3]

Rita Angus, a New Zealand painter, has a reputation - along with Colin McCahon and Toss Woollaston - as one of the leading figures in twentieth-century New Zealand art. She worked primarily in oil and water colour, and became well known for her portraits and landscapes. 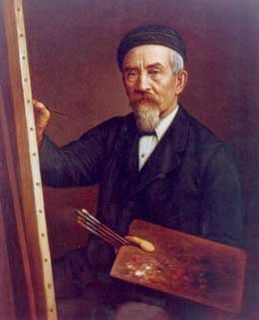 Gottfried Lindauer was a Bohemian and New Zealand artist famous for his portraits, including many of Māori people.

Michael Te Rakato Parekōwhai is a New Zealand sculptor and a professor at the University of Auckland's Elam School of Fine Arts. He is of Ngāriki Rotoawe and Ngāti Whakarongo descent and his mother is Pākehā.

Michael "Michel" Cliff Tuffery is a New Zealand artist of Samoan, Tahitian and Cook Islands descent. He is one of New Zealand's most well known artists and his work is held in many art collections in New Zealand and around the world. 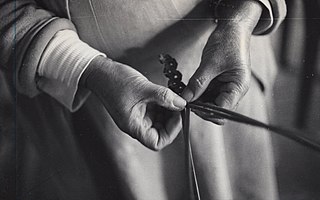 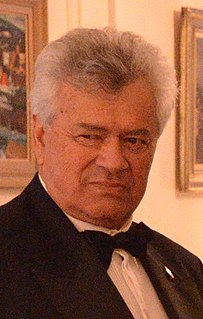 Clifford Hamilton Whiting was a New Zealand Māori artist, heritage advocate and teacher. Whiting was born and raised in Te Kaha, New Zealand, and affiliated to the Te Whānau-ā-Apanui tribe. 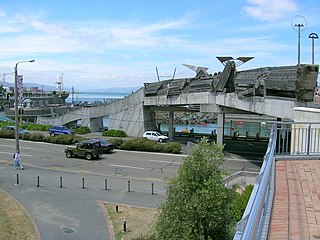 Arnold Manaaki Wilson was a New Zealand artist and educator of Māori descent. He is regarded as a pioneer of the modern Māori art movement.

Molly Morell Macalister was a New Zealand artist. Known for painting, woodcarving, and sculpture, her work is held in the collection of the Museum of New Zealand Te Papa Tongarewa.

Brett Graham is a New Zealand sculptor who creates large scale artworks and installations that explore indigenous histories, politics and philosophies. Of Ngāti Korokī Kahukura and Pakeha (European) descent, Graham was born in Auckland, New Zealand, where he currently resides.

Gina Matchitt is a New Zealand jeweller, weaver and artist. Her work combines Māori pattern and language with contemporary pākehā brands and symbols. 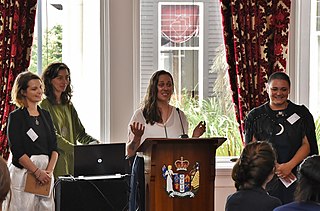 Denis O'Connor is a New Zealand-based ceramicist, sculptor, and writer who has exhibited both in New Zealand and internationally.

Fred Graham is a New Zealand artist and educator recognised as a pioneer in the contemporary Māori art movement. In 2018 was the recipient of an Icon Award from the Arts Foundation of New Zealand, limited to 20 living art-makers. 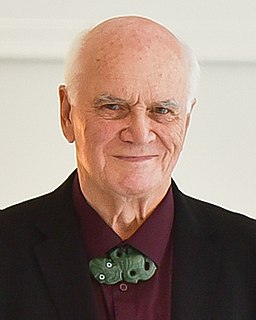 Robert Hans George Jahnke is a New Zealand artist and educator, well-known for his graphic and sculptural artwork. He is a professor of Māori visual arts at Massey University.