It possesses large areas of green space including Gosforth Park Race Course, Gosforth Wood and Gosforth Lake, plus a number of golf courses. Melton Park contains the remains of a medieval chapel which is a scheduled ancient monument. [1]

For electoral purposes, following boundary changes in 2018, the incorporation of Garden Village and fields to the north on which North Gosforth Park housing is being built, Parklands Ward is divided into 6 polling districts

There are six schools within the Parklands ward: 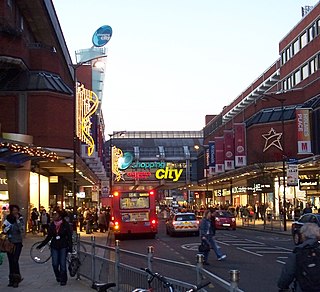 Wood Green is a suburban district in the borough of Haringey in London, England. Its postal district is N22, with parts in N8 or N15. The London Plan identifies it as one of the metropolitan centres in Greater London, and today it forms a major commercial district of North London.

Eltham is a district of southeast London, England, within the Royal Borough of Greenwich. It is 8.7 miles (14.0 km) east-southeast of Charing Cross, and is identified in the London Plan as one of 35 major centres in Greater London. The three wards of Eltham North, South and West have a total population of 35,459. 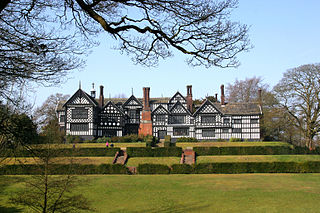 Bramhall is a suburban area within the Metropolitan Borough of Stockport, in Greater Manchester, England. Historically in Cheshire, it had a population of 17,436 at the 2011 Census.

Roundhay is a large suburb in north east Leeds, West Yorkshire, England. Roundhay had a population of 22,546 in 2011.

Haydock is a township within the Metropolitan Borough of St Helens, in Merseyside, England. Historically in Lancashire, it contains all of the Haydock electoral ward and a section of the Blackbrook electoral ward. The village is located roughly midway between Liverpool and Manchester, and contains the junction of the M6 motorway and the A580. At the 2001 Census, the village had a population of 11,962, reducing to 11,416 at the 2011 Census. 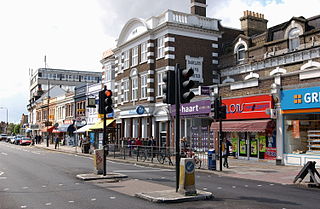 Raynes Park is a residential suburb, railway station and local centre in Wimbledon and is within the London Borough of Merton. It is situated south-west of Wimbledon Common, to the north-west of Wimbledon Chase and to the east of New Malden, in South West London. It is 7.8 miles (12.5 km) south-west of Charing Cross. Towards the north and west, either side of the borough boundary with the Royal Borough of Kingston upon Thames are the areas of Copse Hill and Coombe with their large detached houses, golf courses and gated lands. Raynes Park had a population of 19,619 in 2011, which refers to the populations of the wards of Raynes Park and West Barnes.

Gosforth East Middle School is a middle school in Gosforth, Newcastle upon Tyne, England. Students usually transfer to Gosforth High School. The school is in the Parklands electoral ward. 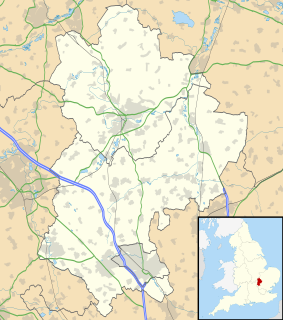 Putnoe is an electoral ward on the northern side of Bedford, England. 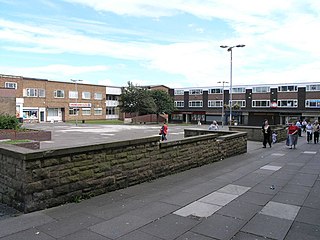 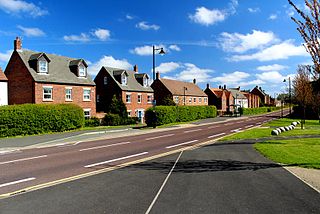