Patrick Dennis Bowlen (February 18, 1944 – June 13, 2019) was a Canadian–American lawyer, executive and the majority owner of the Denver Broncos of the National Football League (NFL) winning 3 Super Bowls. He was inducted in the Pro Football Hall of Fame for the class of 2019. Bowlen owned other professional sports franchises in the Denver Colorado Area. Bowlen served as the Broncos CEO from 1984 until July 2014, when he stepped down as Broncos' CEO due to the onset and progression of Alzheimer's disease. [1]

Bowlen was born in Prairie du Chien, Wisconsin to American mother Arvella (née Woods) and Canadian father Paul Dennis Bowlen, who became a millionaire in the Canadian oil business, founding Regent Drilling as a wildcatter. [2] [3] The oil company is now owned by his brother John. [4] Bowlen was Catholic [5] and spent his childhood in Alberta. [6] He then attended Campion High School, a Catholic Jesuit boarding school [7] in his native Wisconsin. Bowlen later earned degrees in business (1965) and law (1968) from the University of Oklahoma. During his time at Oklahoma he played for the Oklahoma Sooners freshman football team as a wide receiver, [8] as well as for the Edmonton Huskies junior football team, where he was part of three Canadian Junior Football League Championship teams from 1962 to 1964. [9]

The younger Bowlen became wealthier by becoming a successful lawyer in Edmonton, Alberta. Bowlen also worked as an executive for his father's company and as a real estate developer and had major investments in the mining industry. During his business career in Edmonton his construction company, Batoni-Bowlen Enterprises, built the Northlands Coliseum, which would become home to the WHA/NHL's Edmonton Oilers for 42 years.

Bowlen was an initiated member of the Pi Kappa Alpha International Fraternity. Bowlen was initiated by the University of Oklahoma, Beta Omicron chapter in 1963. Bowlen received bar admission in 1969 and was a member of the Law Society of Alberta and the Canadian Bar Association.[ citation needed ]

Bowlen bought a majority interest in the Denver Broncos of the National Football League in March of 1984 from Vancouver industrialist Edgar Kaiser Jr. [2] The purchase price was said to be $70 million, making the Broncos the highest-priced franchise in the league at the time. [10]

From 1999 to 2008, Bowlen and the Broncos were involved in several legal battles against former owner Edgar Kaiser Jr. In 1998, Bowlen agreed to sell retired football legend John Elway a share in the team. [11] When Bowlen let the existence of the offer slip out to Kaiser while both were at the 1999 Bohemian Grove, [12] Kaiser sued, claiming a breach of contract. Kaiser asserted that he had the right of first refusal if any deal was made involving franchise ownership. In 2004, a jury ruled in favor of Kaiser and a federal judge decreed that Kaiser was entitled to purchase back 10% of the Broncos using the identical purchase terms offered to Elway. Bowlen appealed the original verdict that ruled in favor of Kaiser and won in 2008, as the appellate court ruled that the structure of the Bowlen-Elway deal did not violate the original right of first refusal agreement. [13]

On December 30, 2008, Broncos head coach and Vice President of Football Operations Mike Shanahan was fired by Bowlen after a 14-year tenure as the head coach. Bowlen stated he wanted his team to go in a different direction. Bowlen searched for a new head coach over a two-week period and eventually chose Josh McDaniels, who at the time was the offensive coordinator of the New England Patriots. Subsequently, after a losing streak in the 2010 season, McDaniels was fired as head coach of the Broncos. [14] On February 12, 2009, Bowlen appointed Brian Xanders as the team's sole general manager and fired Jim and Jeff Goodman.

Within two weeks of the end of the 2010-11 regular season, Bowlen and the Broncos had hired former Carolina Panthers' coach John Fox to be their new head coach. Although Bowlen had discussions with Fox before the hiring, new front-office executive John Elway was mostly responsible for the hiring. By late 2009, rumors had begun to emerge that Bowlen had stepped out of the spotlight because of short-term memory loss. [15] He told The Denver Post columnist Woody Paige that his memory wasn't what it used to be and that he couldn't recall details of the Broncos back-to-back Super Bowl titles in the late 1990s. Starting in 2010, Bowlen no longer played a major role in the Broncos' decision making, and Executive VP John Elway and President Joe Ellis assumed control. On July 23, 2014, due to complications with Alzheimer's disease, he officially relinquished control of the team to Joe Ellis. [16]

On November 1, 2015, Bowlen was inducted into the Broncos' Ring of Fame, earning him a bronze plaque that stands on the south side of Empower Field at Mile High. [17]

After Bowlen acquired the team in 1984, the Broncos briefly held the highest winning percentage of any franchise in the National Football League (334 wins, 212 losses, and 1 tie, for a .612 winning percentage), passing the San Francisco 49ers after the 2015 season. At the time of Bowlen's death, the New England Patriots had surpassed that figure. [18]

Besides being owner and CEO of the Broncos, Bowlen was also part-owner of the Arena Football League's Colorado Crush. He shared ownership with Denver-based sports mogul Stan Kroenke and legendary Broncos quarterback John Elway. The Crush entered the AFL as an expansion franchise in 2003. After going through a 2–14 season in 2003, the team became a perennial playoff contender and one of the league's top franchises. The Crush won the Arena Football League Championship in 2005.

Bowlen was a member of the University of Denver Board of Trustees and contributed to the funding of the Pat Bowlen Athletic Training Center located on the school's campus. [19] He also contributed significantly to the local Denver Boys & Girls Club chapters. [20]

On June 13, 2019, Bowlen died of a pulmonary embolism. [21] [22] Under terms set prior to Bowlen's death, Joe Ellis led a three-person trust representing his estate. Bowlen's intent was for his seven children to inherit the franchise, though he did not specify which of them would have first right. [23]

The Denver Broncos are a professional American football franchise based in Denver. The Broncos compete in the National Football League (NFL) as a member club of the league's American Football Conference (AFC) West division. The team is headquartered in Dove Valley, Colorado and plays home games at Empower Field at Mile High in Denver, Colorado. 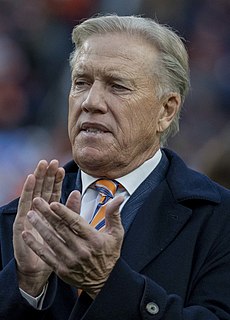 Empower Field at Mile High is an American football stadium in Denver, Colorado, United States. The primary tenant is the Denver Broncos of the National Football League (NFL). It opened in 2001 to replace the Broncos' original home, the old Mile High Stadium. The venue was previously home of the Denver Outlaws lacrosse team and the Colorado Rapids soccer team. It has also played host to countless concerts and served as the venue for Barack Obama's acceptance of the Democratic presidential nomination. 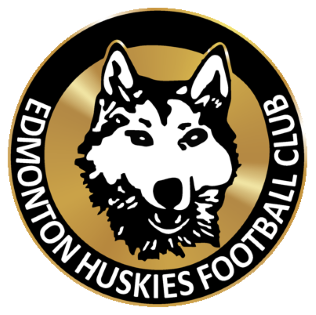 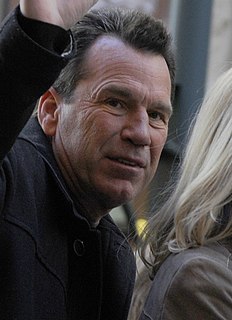 The 1998 season was the Denver Broncos' 29th in the National Football League (NFL) and their 39th overall. The Broncos entered the season as the defending Super Bowl champions and looked to become only the fifth team in league history to win consecutive Super Bowls.

Carl Mathew Theodore "Ted" Sundquist II is an American football player, manager and commentator. He spent sixteen years working in the National Football League for the Denver Broncos franchise. Sundquist was hired in 1992 as the Player Personnel Assistant, and two years later promoted to Director of College Scouting. In 2001, Pat Bowlen promoted Sundquist to General Manager.

The history of the Denver Broncos American football club began when the team was chartered a member of the American Football League in 1960. The Broncos have played in the city of Denver, Colorado throughout their entire history. The Broncos did not win any titles as members of the AFL. Since the 1970 AFL–NFL merger, the Broncos have won 15 division titles, and played in eight Super Bowls, following the 1977, 1986, 1987, 1989, 1997, 1998, 2013, and 2015 seasons. They won Super Bowl XXXII, Super Bowl XXXIII and Super Bowl 50. Their most famous player is former quarterback John Elway, starting quarterback in five Super Bowls and holder of many NFL records. The Broncos currently play in the National Football League's AFC West division. Their current leadership includes owner Pat Bowlen, CEO Joe Ellis, VP John Elway, and head coach Vic Fangio.

Michael David Young is a former professional Football Player. He was a wide receiver in the NFL for ten seasons, playing for the Los Angeles Rams, the Denver Broncos, the Philadelphia Eagles, and the Kansas City Chiefs. Michael Young’s career in professional sports has spanned over 33 years as he is one of the very few NFL players to occupy senior level executive positions for multiple professional sports franchises.

The 1983 Denver Broncos season was its 24th in professional football and 14th in the National Football League (NFL). Led by third-year head coach Dan Reeves, the Broncos were 9–7, third in the AFC West, and made their first playoff appearance in four seasons.

The 1993 Denver Broncos season was the team's 34th year in professional football and its 24th with the National Football League.

Sean Connelly is an American attorney and former judge on the Colorado Court of Appeals. He is a former member of the U.S. Department of Justice trial team and the lead appellate prosecutor in the Oklahoma City bombing cases. He was appointed by then Colorado Governor Bill Ritter to the Colorado Court of Appeals in 2008 and did not seek retention of his appointment in 2011 and returned to private practice.

Edgar Fosburgh Kaiser Jr. was an American-Canadian financier and a former owner of the Denver Broncos American football team. 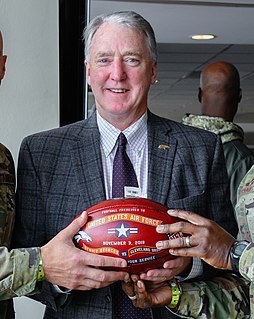 Josiah Wear Ellis is a former American football executive who was the president and CEO of the Denver Broncos of the National Football League (NFL).

Larry Pozner is an American lawyer and author, and lecturer. He is the founding partner of the law firm Reilly Pozner LLP and is considered an expert on cross-examination, civil litigation, and criminal defense for high-profile cases. He is the co-author of Cross Examination: Science and Techniques, published by LexisNexis, and used as text in law schools.

The 2019 season was the Denver Broncos' 50th in the National Football League (NFL) and their 60th overall.