Patrick Beardsley Shea (June 28, 1939 – May 23, 2013) [1] was a professional American football player who played guard for four seasons for the San Diego Chargers in the American Football League (AFL).

Shea was born in La Jolla, California. Attended Mission Bay High School, graduating in 1958. Pat Shea was a 3 sport athlete at Mission Bay, excelling in football, wrestling and Track and Field. In 1958 he was the City League champion in the shot put, hitting a then school record of 55'09.25.

Shea Stadium was a stadium in Flushing Meadows–Corona Park, Queens, New York City. Built as a multi-purpose stadium, it was the home park of Major League Baseball's New York Mets for 45 seasons (1964–2008), as well as the New York Jets football team from 1964 to 1983.

The Continental League of Professional Baseball Clubs was a proposed third major league for baseball in the United States and Canada. Though a league by that name was proposed in 1920, its best-known incarnation was announced in 1959 and scheduled to begin play in the 1961 season. Unlike predecessor competitors such as the Players' League and the Federal League, it sought membership within organized baseball's existing organization and acceptance within Major League Baseball. The league disbanded in August 1960 without playing a single game as a concession by William A. Shea as part of his negotiations with Major League Baseball to expand to incorporate at least eight new teams.

Barry Louis Larkin is an American former professional baseball player. He played shortstop for the Cincinnati Reds of the Major League Baseball (MLB) from 1986 to 2004.

The San Francisco Seals were a minor league baseball team in San Francisco, California, that played in the Pacific Coast League from 1903 until 1957 before transferring to Phoenix, Arizona. The organization was named for the abundant California sea lion and harbor seal populations in the Bay Area. The 1909, 1922, 1925, and 1928 Seals were recognized as being among the 100 greatest minor league teams of all time.

Clairemont High School is a public high school serving grades 9-12. It is located in the community of Clairemont Mesa, San Diego, California, United States. It is part of the San Diego Unified School District. The campus is situated close to the intersection of Balboa Avenue and Clairemont Drive. It is accredited by the Western Association of Schools and Colleges. 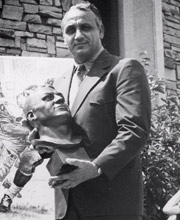 Mission Bay High School (MBHS), is a public high school located in the San Diego, California community of Pacific Beach. It is a magnet school with emphasis on Academic Studies. In Fall 2006, Mission Bay introduced International Baccalaureate courses that students could take to help them get their I.B. diploma.

Malcolm Richard Wood was an American football quarterback and coach who played college football at Auburn and professionally in the American Football League (AFL). After his player career ended, Wood served as an assistant coach in college football and the NFL over four decades. 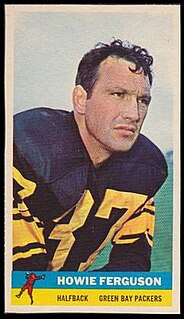 Shea Brian Morenz is an American businessman, strategist, philanthropist, and the CEO & President of Morenz Group and Bobcat Group. Morenz played collegiate football and baseball at the University of Texas before being drafted by the New York Yankees organization in the first round of the 1995 Major League Baseball draft.

Steadman S. Shealy, Jr. is an American attorney and former college quarterback. He is best known as the starting quarterback on the University of Alabama's 1979 national championship team. Shealy was also a member of the 1978 national championship team, but played back-up to Jeff Rutledge. After his collegiate career he was twice elected to the Alabama State Board of Education in 1986 and 1990 as a Democrat.

Dayton High School is a public secondary school located in Dayton in Liberty County in southeastern Texas, United States. The school serves about 1,400 students in grades 9 through 12 in the Dayton Independent School District.

Shea Emry is a former Canadian football linebacker who played eight seasons in the Canadian Football League (CFL). He was drafted by the Montreal Alouettes in the first round of the 2008 CFL Draft and would play there for six seasons before signing with the Toronto Argonauts in 2014. He played CIS Football at the University of British Columbia after playing three seasons of NCAA Football at Eastern Washington.

Jermaine "Shea" Showers is a former American football defensive back who played seven seasons in the Arena Football League with the Iowa Barnstormers, New York Dragons, Grand Rapids Rampage and Tampa Bay Storm. He played college football at the University of Florida and attended in Santa Fe High School in Alachua, Florida.