Paul Francis Webster (December 20, 1907 – March 18, 1984) was an American lyricist who won three Academy Awards for Best Original Song and was nominated sixteen times for the award.

Webster was born in New York City, the son of Myron Lawrence Webster and Blanche Pauline Stonehill Webster. His family was Jewish. His father was born in Augustów, Poland. [1] He attended the Horace Mann School (Riverdale, Bronx, New York), graduating in 1926, and then went to Cornell University from 1927 to 1928 and New York University from 1928 to 1930, leaving without receiving a degree. He worked on ships throughout Asia and then became a dance instructor at an Arthur Murray studio in New York City. [2] [3]

By 1931, however, he turned his career direction to writing song lyrics. His first professional lyric was Masquerade (music by John Jacob Loeb) which became a hit in 1932, performed by Paul Whiteman.

In 1935 Twentieth Century Fox signed him to a contract to write lyrics for Shirley Temple's films, but shortly afterward he went back to freelance writing. His first hit was a collaboration in 1941 with Duke Ellington on the song "I Got It Bad (And That Ain't Good)".

After 1950, Webster worked mostly for Metro-Goldwyn-Mayer. He won two Academy Awards in collaboration with Sammy Fain, in 1953 and 1955, and another with Johnny Mandel in 1965. Altogether, sixteen of his songs received Academy Award nominations; among lyricists, he is third after Sammy Cahn with twenty-six and Johnny Mercer, who was nominated eighteen times, in number of nominations. In addition, a large number of his songs became major hits on the popular music charts.

Webster is the most successful songwriter of the 1950s on the U.K. charts. In 1967 he was asked to write the famed lyrics for the Spider-Man (theme song) of the television cartoon. He was inducted into the Songwriters Hall of Fame in 1972. [4] His papers are collected at Syracuse University Libraries. [5]

Webster continued writing through 1983. [3] He died in 1984 in Beverly Hills, California and is buried at Hillside Memorial Park in Culver City, California.

Nominated for the award

Songs winning Grammy Awards for best song of the year

Other songs with lyrics by Paul Francis Webster

Samuel Cohen, known professionally as Sammy Cahn, was an American lyricist, songwriter and musician. He is best known for his romantic lyrics to films and Broadway songs, as well as stand-alone songs premiered by recording companies in the Greater Los Angeles Area. He and his collaborators had a series of hit recordings with Frank Sinatra during the singer's tenure at Capitol Records, but also enjoyed hits with Dean Martin, Doris Day and many others. He played the piano and violin. He won an Oscar four times for his songs, including the popular song "Three Coins in the Fountain". 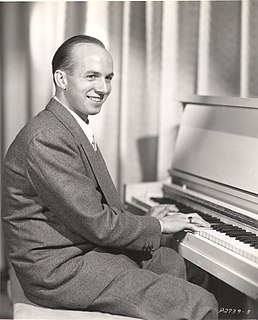 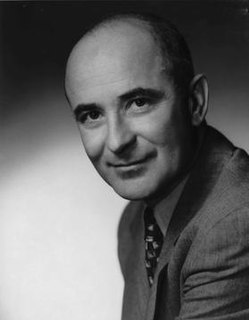 John Francis Burke was a lyricist, successful and prolific between the 1920s and 1950s. His work is considered part of the Great American Songbook.

Sammy Fain was an American composer of popular music. In the 1920s and early 1930s, he contributed numerous songs that form part of The Great American Songbook, and to Broadway theatre. Fain was also a popular musician and vocalist.

Hugh Martin was an American musical theater and film composer, arranger, vocal coach, and playwright. He was best known for his score for the 1944 MGM musical Meet Me in St. Louis, in which Judy Garland sang three Martin songs, "The Boy Next Door," "The Trolley Song," and "Have Yourself a Merry Little Christmas." The last of these has become a Christmas season standard in the United States and around the English-speaking world. Martin became a close friend of Garland and was her accompanist at many of her concert performances in the 1950s, including her appearances at the Palace Theater. 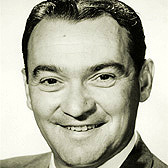 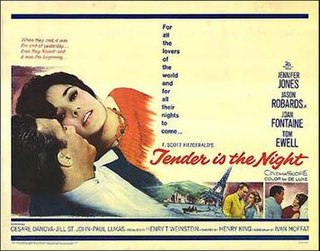 Norman Gimbel was an American lyricist of popular songs, television and movie themes. He wrote the lyrics for songs including "Killing Me Softly with His Song", "Ready to Take a Chance Again" and "Canadian Sunset". He also wrote English-language lyrics for many international hits, including "Sway", "Summer Samba", "The Girl from Ipanema", "How Insensitive", "Drinking-Water", "Meditation", "I Will Wait for You" and "Watch What Happens". Of the movie themes he co-wrote, five were nominated for Academy Awards and/or Golden Globe Awards, including "It Goes Like It Goes", from the film Norma Rae, which won the Academy Award for Best Original Song for 1979, beating out "Rainbow Connection". Gimbel was inducted into the Songwriters Hall of Fame in 1984.

The Sandpiper is a 1965 American drama film directed by Vincente Minnelli and starring Richard Burton and Elizabeth Taylor.

Nicholas "Slug" Brodszky was a composer of popular songs.

"The Shadow of Your Smile", also known as "Love Theme from The Sandpiper", is a popular song. The music was written by Johnny Mandel with the lyrics written by Paul Francis Webster. The song was introduced in the 1965 film The Sandpiper, with a trumpet solo by Jack Sheldon and later became a minor hit for Tony Bennett. It won the Grammy Award for Song of the Year and the Academy Award for Best Original Song. In 2004 the song finished at #77 in AFI's 100 Years...100 Songs poll of the top tunes in American cinema. 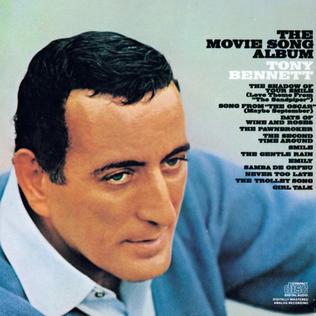 The Movie Song Album is a 1966 studio album by Tony Bennett. The album consists of songs from films, opening with the theme from The Oscar, in which Bennett had recently appeared. With this project of such high quality of song material and collaborators, he was to describe the album in his autobiography as his "all time favorite record".

Hollywood – My Way is a studio album by Nancy Wilson issued in July 1963 on Capitol Records. The album rose to No. 11 on the Billboard 200 chart. 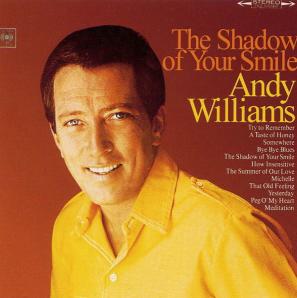 The Shadow of Your Smile is the eighteenth studio album by American pop singer Andy Williams and was released in April 1966 by Columbia Records and included covers of "Michelle" and "Yesterday", the same pair of Beatles ballads that labelmate Johnny Mathis recorded for his 1966 album of the same name. For Williams these selections initiated a trend away from the traditional pop formula that his album output at Columbia up until this point had adhered to. 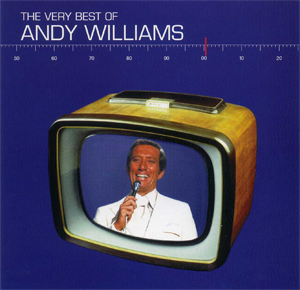 The Very Best of Andy Williams is a compilation album by American pop singer Andy Williams that was released by Sony Music Entertainment on February 7, 2000. 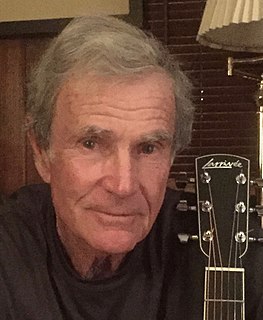 Robert Edwin Morrison is an American country songwriter based in Nashville. More than 350 of his songs have been recorded. His most successful compositions are the Grammy-winning Kenny Rogers song, "You Decorated My Life" and the Grammy-nominated "Lookin' for Love," the theme song for the 1980 John Travolta film, Urban Cowboy, recorded by Johnny Lee. Morrison was ASCAP's "Country Songwriter of the Year" in 1978, 1980, 1981 and 1982 and was inducted into the Nashville Songwriters Hall of Fame in 2016.