Gavarni's father, Sulpice Chevalier, was from a family line of coopers from Burgundy. [1] Paul began work as a mechanical worker in a machine factory but he saw that to make any progress in his profession, he had to be able to draw; accordingly in his spare time in the evenings, he took classes in drawing. He devoted his special attention to architectural and mechanical drawing and worked at land surveying and mapping which led to his obtaining a position with the Government Ordnance Department as a draughtsman. [2] It wasn't until his early thirties that he turned his attention to his proper vocation as an artist.

The story is told that he took his name from Gavarnie in Luz-Saint-Sauveur where he had taken a journey into the Pyrenees. [2]

His first published drawings were for the magazine Journal des modes. [3]

At the time, Gavarni was barely thirty years of age. His sharp and witty drawings gave these generally commonplace and unartistic figures a life-likeness and an expression which soon won him a name in fashionable circles. He gradually gave greater attention to this more congenial work, and ultimately stopped working as an engineer to become the director of the journal Les Gens du monde. [2]

Gavarni followed his interests, and began a series of lithographed sketches in which he portrayed the most striking characteristics, foibles and vices of the various classes of French society. The letterpress explanations attached to his drawings were short, but were forcible and humorous, if sometimes trivial, and were adapted to the particular subjects. At first he confined himself to the study of Parisian manners, more especially those of the Parisian youth.

Most of his best work appeared in Le Charivari . He had been invited by the editor François Caboche to draw for the magazine. Gavarni had never drawn caricatures and was reluctant to accept the request but was persuaded to submit some drawings for approval. This he did and they were accepted but he didn't care for the captions which had been added by the magazine editors. Thereafter, he started writing his own. This was the beginning of the Boites aux lettres series. [2]

Some of his most scathing and most earnest pictures, the fruit of a visit to London, appeared in L'Illustration. [4] He also illustrated Honoré de Balzac's novels, and Eugène Sue's Wandering Jew.

A single frontispiece or vignette was sometimes enough to secure the sale of a new book. Always desiring to enlarge the field of his observations, Gavarni soon abandoned his once favorite topics. He no longer limited himself to such types as the lorette and the Parisian student, or to the description of the noisy and popular pleasures of the capital, but turned his mirror to the grotesque sides of family life and of humanity at large. Les Enfants terribles, [10] Les Parents terribles, [11] Les Fourberies des femmes, [12] La Politique des femmes, Les Mans vengs, Les Nuances du sentiment, Les Rives, Les Petits Jeux de société, Les Fetus Malheurs du bonheur, Les Impressions de ménage, Les Interjections, Les Traductions en langue vulgaire, [13] Les Propos de Thomas Vireloque, etc., were composed at this time, and are his most elevated productions. But while showing the same power of irony as his former works, enhanced by a deeper insight into human nature, they generally bear the stamp of a bitter and even sometimes gloomy philosophy.

At one point Gavarni was imprisoned for debt in the debtors' prison of Clichy. [2] After his release, he published his experiences in a work called L'Argent ("Money"). [1]

Gavarni visited England in 1849. On his return his impressions were published in the book Londres et les Anglais, illustrés par Gavarni (1862) by Émile de la Bédollière. [14]

Most of these last compositions appeared in the weekly paper L'Illustration. In 1857 he published in one volume the series entitled Masques et visages (1 vol. 12 mo), [15] and in 1869, about two years after his death, his last artistic work, Les Douze Mois (1 vol. fol.), was given to the world. Gavarni was much engaged, during the last period of his life, in scientific pursuits, and this fact must perhaps be connected with the great change which then took place in his manner as an artist. He sent several communications to the Académie des Sciences, and until his death on 23 November 1866 he was eagerly interested in the question of aerial navigation. It is said that he made experiments on a large scale with a view to find the means of directing balloons; but it seems that he was not so successful in this line as his fellow artist, the caricaturist and photographer, Nadar. 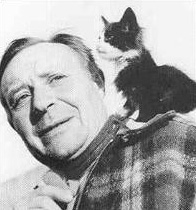 André-Aimé-René Masson was a French artist. 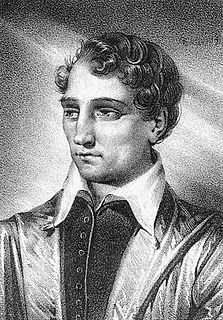 Jacques Grévin was a French playwright. 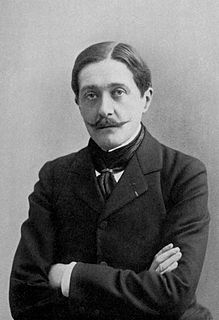 Jean-Baptiste Madou was a Belgian painter and lithographer.

Julien Auguste Pélage Brizeux was a French poet. He was said to belong to a family of Irish origin, long settled in Brittany. He was educated for the law, but in 1827 he produced at the Théâtre Français a one-act verse comedy, Racine, in collaboration with Philippe Busoni.

Robert Arnauld d’Andilly was a French conseiller d’État, specialising in financial questions, in the court of Marie de' Medici. By the elegance of his language, he was among the major poets, writers and translators of 17th century French classicism. A fervent Catholic, he played an important role in the history of Jansenism and was one of the Solitaires of Port-Royal-des-Champs. He was also renowned for his part in the development of the pruning of fruit trees, to which he was devoted. 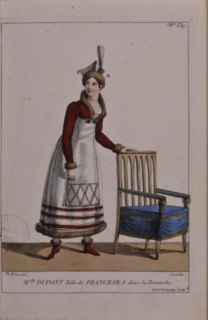 Édouard Muller was a French painter and designer. He is best remembered for his designs "Le Jardin d'Hiver," "Le Jardin d'Armide" (1854) and "La Galerie de Flore" (1856–57) for the Jules Desfossé company. He also produced painted panels for the Zuber company at Rixheim.

The badaud is an important urban type from 18th and 19th-century French literature, one that has been adapted to explain aspects of mass culture and modern experience.

Philippe-Antoine Grouvelle was an 18th-century French man of letters and journalist.

Eugène Balleyguier (1818-1898) was a French writer, art critic and journalist. He was born in Loudun and died in Paris.