He was born on 16 October 1943 - his father was Belgian - and joined Airdrie from Edinburgh Athletic in October 1961. A part-timer who worked as a photographer, he played mainly at right back but occasionally at left back. He was a capable defender and good overlapping fullback with considerable speed and was a regular penalty taker. He played 196 consecutive matches between April 1967 and September 1971. He played in the 1975 Scottish Cup Final, which Airdrie lost 3–1 to Celtic.

He played his last game in April 1979 at Broomfield Park, Airdrie. He was never booked in his senior career.

Andrew Lewis Goram is a Scottish former footballer, who played as a goalkeeper. Born in Bury, Lancashire, England, he started his career with Oldham Athletic and Hibernian, but he is best remembered for playing for Rangers during the 1990s, when he earned the nickname "The Goalie". In a 2001 poll of Rangers fans, Goram was voted Rangers' greatest ever goalkeeper. Goram appeared in 43 international matches for Scotland and was selected for their squads at the 1986 and 1990 World Cups, UEFA Euro 1992 and UEFA Euro 1996. 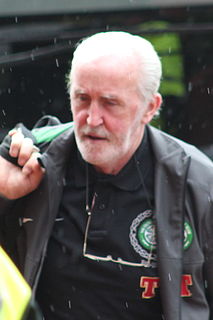 Daniel Fergus McGrain is a Scottish former professional footballer, who played for Celtic, Hamilton Academical and the Scotland national team as a right back. McGrain is regarded as one of Scotland's greatest players; sports writer Hugh McIlvanney commented, "Anybody who saw him at his best had the unmistakable impression of watching a great player, probably one who had no superior anywhere in the world." 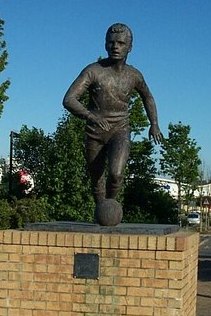 David Cooper was a Scottish professional football player who played as a winger for Clydebank (twice), Rangers and Motherwell. He also played for the Scotland national team. Cooper is often remembered as one of the most gifted footballers of his generation.

Owen Columba Coyle is a professional football manager and former player who manages Indian Super League club Chennaiyin FC. He played as a striker for several clubs in England and Scotland, and made one appearance for the Republic of Ireland national team.

Alan Gow is a Scottish footballer who currently plays for Scottish League Two club Queen's Park. He can play as either a striker or an attacking midfielder.

Alexander "Sandy" Stewart is a Scottish football player and coach. Stewart played as a full-back for Hearts, Kilmarnock, Airdrieonians, Partick Thistle and Airdrie United. He became the latter club's first manager, and has been an assistant manager at several clubs in Scotland, England and the United States, working with Owen Coyle. In December 2019 Stewart rejoined Owen Coyle at Chennaiyin FC in the Indian Super League to work as Coyle's assistant.

Paul Di Giacomo is a Scottish footballer. He began his career at Kilmarnock, before dropping into the Scottish Football League First Division with Airdrie United and then Ross County. He also had loan spells from Kilmarnock with Stirling Albion and Partick Thistle.

Paul Lovering is a Scottish former professional footballer and is currently the manager at Glasgow Junior club Benburb.

Joseph Cardle is an English footballer who plays for Scottish Championship club Partick Thistle. Cardle tends to be played as a winger but can play on either side.

Gary Mackay is a Scottish former footballer, who made over 500 league appearances for Heart of Midlothian and also played for Airdrieonians and the Scotland national team. After retiring as a player, he managed Airdrie for a year. Mackay is now an SFA–registered agent. 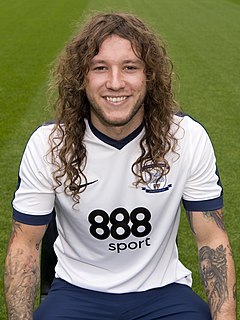 Steven May is a Scottish professional footballer, who plays for Scottish Premiership club St Johnstone as a striker. May has previously played in the Scottish leagues for St Johnstone, Alloa Athletic, Hamilton Academical and Aberdeen and in the English leagues for Sheffield Wednesday and Preston North End. He has been capped once internationally by Scotland.

The 2011–12 season was Dumbarton's third consecutive season in the Scottish Second Division, having been promoted from the Scottish Third Division at the end of the 2008–09 season. Dumbarton also competed in the Challenge Cup, League Cup and Scottish Cup. 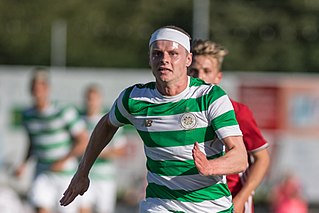 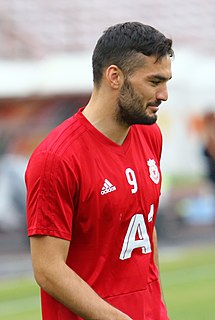 Anthony Paul Watt is a Scottish professional footballer who plays as a forward for Motherwell.

Grant Adam is a Scottish professional footballer who plays as a goalkeeper. He has previously played for Rangers, St Mirren, Cowdenbeath, Airdrieonians, Greenock Morton, Dundee, Cowdenbeath, Forfar Athletic and Dumbarton. Adam also had two loan spells with Airdrieonians, when the club was known as Airdrie United. 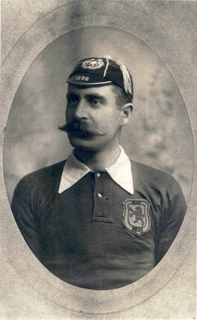 Matthew McLintock Scott was a Scottish footballer who captained Scotland against Wales in the 1897–98 British Home Championship. He played most of his career at Airdrieonians, but also played for one season at Newcastle United and Albion Rovers. As a footballer, he was considered a "powerfully built full back."