Born in Prescott, Arkansas, [1] Silas attended Creighton University, where he set an NCAA record for the most rebounds in three seasons and averaged 20.6 rebounds per game in 1963. In the NBA, Silas collected more than 10,000 points and 10,000 rebounds during his sixteen-year career, played in two All-Star games, and won three championship rings (two with the Boston Celtics in 1974 and 1976, and one with the Seattle SuperSonics in 1979). He was named to the All-NBA Defensive First Team twice, and to the All-NBA Defensive Second Team three times.

Immediately upon retirement, Silas started his coaching career with the San Diego Clippers from 1980-83, becoming their head coach, compiling a 78-168 record for a team that struggled with injuries to stars including Bill Walton. After taking time off, Silas was an assistant coach for the New Jersey Nets for one season from 1988-89, and then became an assistant coach with the New York Knicks from 1989-92 as one of the holdovers from the Stu Jackson and John Macleod eras. Silas then went back to work for the Nets as an assistant under Chuck Daly and later Butch Beard from 1992-95, leaving to work with the Suns from 1995-97. At one point, Silas was one of the names considered for the head coaching job of the Boston Celtics in the Summer of 1995 before General Manager M.L. Carr decided to name himself as coach of the team. [2]

After joining the coaching staff of the Charlotte Hornets in 1997, Silas was finally given another chance as a coach after becoming the interim coach of the Hornets when Dave Cowens was fired after a 4-11 record. Under Silas, the Hornets turned it around and went 22-13 to finish the lockout-shortened season 26-24, missing the playoffs by one game. Silas had the interim tag lifted off of his status and became the full-time head coach of the Hornets from 1999 all the way into their first season where they moved to New Orleans. Coaching the team from 1999-2003, Silas had a 208-155 record, taking the team into the playoffs each season he was the head coach after that 1999 season, including two Eastern Conference Semifinals appearances. Silas had a reputation of being a coach who was very honest but fair with his criticism of his players, which they mostly appreciated. [3] Silas was fired as coach on May 4, 2003, in a move that puzzled many Hornets players (including Baron Davis) who enjoyed playing for him. [4]

Silas was head coach of the Cleveland Cavaliers from 2003 to 2005. Hired to mentor LeBron James, his tenure was rife with controversy as he feuded with veteran point guard Eric Snow and new owner Dan Gilbert fired him in the middle of the season with the Cavaliers at 34-30 and fifth place in the Eastern Conference. [5] The Cavs would collapse after the firing of Silas and miss the playoffs that season due to a tiebreak with the New Jersey Nets.

Silas then worked for ESPN, although in April 2007, he interviewed for the vacant head coaching position with the Charlotte Bobcats (later known as the Charlotte Hornets) which was eventually filled by Sam Vincent. Upon the firing of Vincent in April 2008, he stated that coaching the Bobcats would be a "dream job." [6]

On December 22, 2010, Silas was named interim head coach of the Bobcats, replacing the outgoing coach Larry Brown. [7] On February 16, 2011, the Bobcats removed his interim status. [8]

On April 30, 2012, the Bobcats announced that Silas would not return to the Bobcats for the 2012–2013 season after producing the worst record in NBA history. [9] Because of the record transfer that occurred in 2014, Silas' tenure with the Bobcats is now recognized as his second tenure with the Charlotte Hornets, meaning that he had coached them for about six seasons with a record of 204–220. Also due to the record transfer, Silas was the first head coach in the history of the New Orleans Hornets/Pelicans franchise. 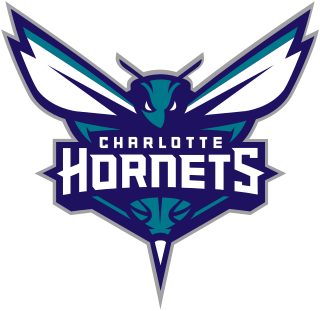 The Charlotte Hornets are an American professional basketball team based in Charlotte, North Carolina. The Hornets compete in the National Basketball Association (NBA), as a member of the league's Eastern Conference Southeast Division. The team is largely owned by NBA Hall-of-Fame legend Michael Jordan, who acquired a controlling interest in the team in 2010. The Hornets play their home games at the Spectrum Center in Uptown Charlotte. 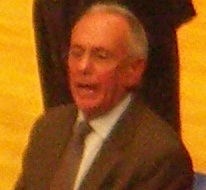 Lawrence Harvey Brown is a former American basketball coach and player who was most recently the head coach for Auxilium Torino of the Italian Lega Basket Serie A (LBA) and EuroCup Basketball. Brown is the only coach in basketball history to win both an NCAA national championship and an NBA title. He has a 1,275-965 lifetime professional coaching record in the American Basketball Association (ABA) and the National Basketball Association (NBA) and is the only coach in NBA history to lead eight teams to the playoffs. He also won an ABA championship as a player with the Oakland Oaks in the 1968–69 season, and an Olympic Gold Medal in 1964. He is also the only person ever to coach two NBA franchises in the same season. Before coaching, Brown played collegiately at the University of North Carolina and professionally in the ABA. 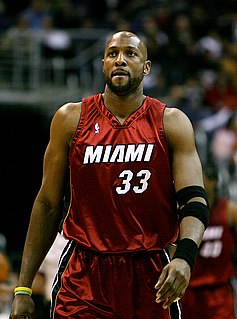 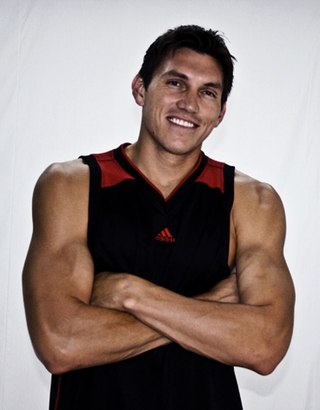 Eduardo Alonso Nájera Pérez is a Mexican retired professional basketball player and currently a scout with the Dallas Mavericks. He is also a pregame and postgame analyst on Mavericks Live on Fox Sports Southwest, where he is identified as Eddie. Before being promoted to a scout with the Mavs, he was head coach of the Texas Legends of the NBA D-League.

Jason Frederick Kidd is an American professional basketball coach and former player who is an assistant coach for the Los Angeles Lakers of the National Basketball Association (NBA). Previously a point guard in the NBA, Kidd was a 10-time NBA All-Star, a five-time All-NBA First Team member, and a nine-time NBA All-Defensive Team member. He won an NBA Championship in 2011 as a member of the Dallas Mavericks, and was a two-time Olympic Gold Medal winner during his pro career, as part of Team USA in 2000 and 2008. He was inducted as a player into the Naismith Memorial Basketball Hall of Fame. 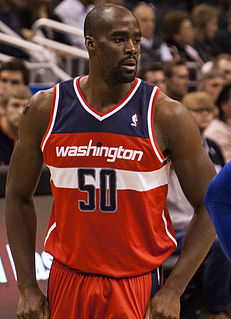 Chukwuemeka Ndubuisi "Emeka" Okafor is an American professional basketball player who currently plays for the Ulsan Hyundai Mobis Phoebus of the Korean Basketball League (KBL). Okafor attended Bellaire High School in Bellaire, Texas and the University of Connecticut, where in 2004 he won a national championship. In his first season in the National Basketball Association (NBA) in 2004/05, Okafor was named Rookie of the Year.

Gerald Jermaine Wallace is an American former professional basketball player. He was named an NBA All-Star and voted to the NBA All-Defensive First Team while with the Charlotte Bobcats in 2010. He played college basketball for the Alabama Crimson Tide. 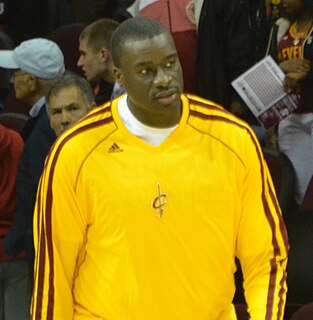 DeSagana N'gagne Diop is a Senegalese former professional basketball player who is currently a coaching associate for the Utah Jazz of the National Basketball Association (NBA).

Al Ricardo Jefferson is an American former professional basketball player. He was a high school All-American for Prentiss High School in Mississippi before skipping college to enter the 2004 NBA draft, where he was drafted 15th overall by the Boston Celtics. He played 14 seasons in the National Basketball Association (NBA) for the Celtics, Minnesota Timberwolves, Utah Jazz, Charlotte Hornets and Indiana Pacers, earning third-team All-NBA honors in 2014 with the Hornets.

Lee Rose is an American former basketball coach and college athletic administrator. He served as the head men's basketball at Transylvania University—in an interim capacity in 1964–65 and on a permanent basis from 1968 to 1975—the University of North Carolina at Charlotte from 1975 to 1978, Purdue University from 1978 to 1980, and the University of South Florida from 1980 to 1986, compiling a career college basketball coach record in 388–162. Rose twice coached teams to the Final Four of the NCAA Division I Basketball Tournament, with Charlotte 49ers in 1977 and the Purdue Boilermakers in 1980. After leaving the college ranks, Rose was an assistant coach with several teams in the National Basketball Association (NBA) between 1986 and 2001.

Scott David Burrell is an American basketball coach and former player who is currently the men's basketball head coach at Southern Connecticut State University. He has played internationally and was also a professional baseball player. Burrell was also the first American athlete to be a first-round draft pick of two major sporting organizations—the National Basketball Association (NBA) and Major League Baseball (MLB).

Stephen Silas is an American basketball coach who is currently an assistant coach for the Dallas Mavericks of the National Basketball Association (NBA). He is the son of longtime NBA head coach Paul Silas. 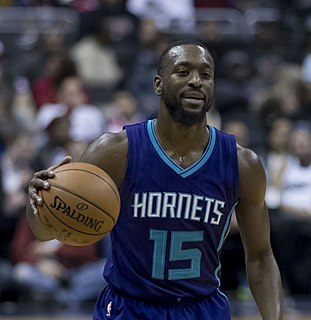 Kemba Hudley Walker is an American professional basketball player for the Boston Celtics of the National Basketball Association (NBA). Walker was picked ninth overall by the Charlotte Bobcats in the 2011 NBA draft. He grew up in The Bronx, New York. After graduating from Rice High School in 2008, he went on to play college basketball for the Connecticut Huskies. In their 2010–11 season, Walker was the nation's second-leading scorer in college basketball and was named consensus First Team All-American; he also led the Huskies to the 2011 NCAA championship and claimed the tournament’s Most Outstanding Player award. Walker is a four-time NBA All-Star.

The 2013–14 NBA season was the 68th season of the National Basketball Association (NBA). The regular season began on Tuesday, October 29, 2013, with the Indiana Pacers hosting a game against the Orlando Magic followed by the 2012–13 NBA champions Miami Heat hosting a game against the Chicago Bulls followed by the Los Angeles Lakers hosting a game against the Los Angeles Clippers. The 2014 NBA All-Star Game was played on February 16, 2014, at the Smoothie King Center in New Orleans. Cleveland's Kyrie Irving won the NBA All-Star Game Most Valuable Player Award. The regular season ended on April 16, 2014, and the playoffs began on Saturday, April 19, 2014, and ended on June 15, 2014, with the San Antonio Spurs defeating the Miami Heat in five games to win the 2014 NBA Finals.

The history of the National Basketball Association's Charlotte Hornets dates to 1985, when George Shinn first thought of bringing professional basketball to Charlotte, North Carolina. Since then, the Hornets have recorded ten playoff appearances under two different franchises.