Paul John Tagliabue ( /ˈtæɡliəbuː/ ;born November 24,1940) is an American lawyer who was the commissioner of the National Football League (NFL). He took the position in 1989 and served until September 1,2006. [1] He had previously served as a lawyer for the NFL. [2] Tagliabue also served as Chairman of Board of Directors of Georgetown University from 2009 to 2015. [3]

Tagliabue was born in Jersey City,New Jersey, [4] the third of four sons of Charles and May Tagliabue. He is of Italian descent. [5] Tagliabue received an athletic scholarship to play basketball at Georgetown University and was captain of the 1961–62 team. He graduated in 1962 as president of his senior class, [6] a Rhodes Scholar finalist and a Dean's List graduate. [7]

Tagliabue graduated from New York University School of Law in 1965. He has received honorary degrees from Colgate University and Northeastern University. [8]

After serving as a lawyer for the NFL,Tagliabue was selected by NFL owners to succeed Pete Rozelle as Commissioner of the NFL in 1989. [10]

Expansion of the league

During his tenure as commissioner,the NFL expanded from 28 teams to 32. New franchises were announced in 1993 to begin play in 1995 in Charlotte and Jacksonville. [11] Subsequent moves by other teams resulted in a 31st team being added in Cleveland in 1999;this team,though technically an expansion team,inherited the name,colors and history (including all team and individual records) from the Cleveland Browns,who had relocated to Baltimore in 1996 and been renamed the Baltimore Ravens. [12] The 32nd franchise was the Houston Texans,added in 2002. [13]

The NFL continued to play pre-season games in Europe with the American Bowl series. Paul Tagliabue started a spring developmental league,the World League of American Football (WLAF),with seven teams in North America,plus three in Europe. [14] The European teams dominated in 1991,the first season. After the second season,1992,in which US-based teams played in the World Bowl,the World League was shut down as it was unsuccessful in the US. [15] In 1995,the spring league returned as the NFL Europe with six teams in Europe. [16] When Tagliabue retired,five teams were based in Germany. Tagliabue's successor Roger Goodell shut down the NFL Europe after the 2007 season. [17] but replaced it with the NFL International Series in October 2007 with regular season games in London. [18] In 2022 the NFL played its first ever Regular Season Game in mainland Europe. The game was played in Munich,Germany on November 13,2022.

In 1995,Los Angeles lost both its franchises,as the Los Angeles Rams relocated to St. Louis, [19] and the Raiders returned to Oakland. [20] In 1996,the Browns moved to Baltimore,under a new name,as indicated above. [21] In 1997,the Houston Oilers relocated to Tennessee,for one year in Memphis and another year using Vanderbilt Stadium as their home field. (The team changed its name from the Oilers to the Titans upon moving to their permanent stadium in Nashville.) [22]

Two days after the terrorist attacks on the World Trade Center and the Pentagon,Tagliabue announced that the games scheduled for the upcoming weekend were cancelled,citing the magnitude of the events and security concerns. [23] It was the first time the league canceled an entire week's slate of games since the 1987 NFL strike. [24]

A week later,it was announced that the postponed games would be added to the end of the regular season, [25] pushing the Super Bowl into February for the first time.

Tagliabue has been praised for these politically-related actions taken as NFL commissioner:

Tagliabue returned to Covington &Burling where he serves as senior counsel. [28]

In 2008,Tagliabue was selected to serve a three-year term as chairman of Georgetown University's board of directors. [29]

Tagliabue has also been honored for his work with gay rights group PFLAG. [30]

He has served on the Advisory Board of The Iris Network,a nonprofit blindness rehabilitation agency in Portland,Maine. [31]

In 2012,Tagliabue was appointed by current NFL commissioner Roger Goodell to hear the appeals of the players suspended in the New Orleans Saints bounty scandal. [32] Tagliabue affirmed Goodell's findings of the investigation but overturned all players' suspensions. [33]

The National Football League (NFL) is a professional American football league that consists of 32 teams,divided equally between the American Football Conference (AFC) and the National Football Conference (NFC). The NFL is one of the major professional sports leagues in the United States and Canada and the highest professional level of American football in the world. Each NFL season begins with a three-week preseason in August,followed by the 18-week regular season which runs from early September to early January,with each team playing 17 games and having one bye week. Following the conclusion of the regular season,seven teams from each conference advance to the playoffs,a single-elimination tournament that culminates in the Super Bowl,which is contested in February and is played between the AFC and NFC conference champions. The league is headquartered in New York City. 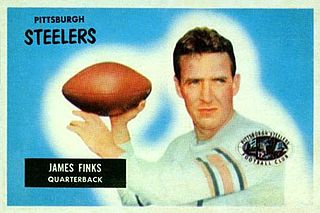 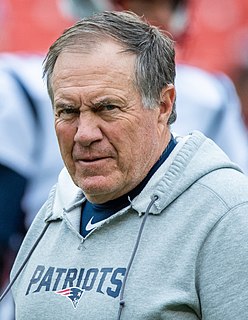 William Stephen Belichick is an American professional football coach who is the head coach of the New England Patriots of the National Football League (NFL). Additionally,he exercises extensive authority over the Patriots' football operations,effectively making him the team's general manager as well. Widely regarded as one of the greatest coaches of all time,he holds numerous coaching records,including the record of most Super Bowl wins (six) as a head coach,all with the Patriots,along with two more during his time as the defensive coordinator of the New York Giants,for the record of eight combined total Super Bowl victories as coach and coordinator. Belichick is often referred to as a "student of the game",with a deep knowledge of the intricacies of each player position,as well as a renowned American football historian. Under his tenure with the Patriots,he was a central figure as the head coach as well as the chief executive during the franchise's dynasty from 2001 to 2019.

Jonathan Polynice Vilma is a former American football linebacker and current Fox NFL analyst. He played college football at the University of Miami,winning a National Championship in 2001. He went on to be drafted by the New York Jets in the first round of the 2004 NFL Draft. Vilma won a Super Bowl championship with the New Orleans Saints. He serves as a color analyst for the NFL on Fox. He previously worked at ESPN as a college football commentator and studio analyst. Vilma was elected as a member of the Orange Bowl Committee in 2018.

Carmen Policy is an attorney and American football executive best known for his work for the San Francisco 49ers during the 1980s and 1990s. He also led the Cleveland Browns until he sold his minority ownership stake in 2004.

Michael Bidwill is an American football executive who is the principal owner,chairman,and president of the Arizona Cardinals of the National Football League (NFL). After practicing law for six years as a federal prosecutor,he joined the Arizona Cardinals organization in 1996 as Vice President/General Counsel.

The 2006 NFL season was the 87th regular season of the National Football League. Regular season play was held from September 7 to December 31,2006.

Sean Patrick Payton is a former American football player and coach. He served as the head coach of the New Orleans Saints of the National Football League (NFL) from 2006 to 2021,leading the franchise to its first Super Bowl victory during the 2009 season. Payton was a quarterback at Naperville Central High School and Eastern Illinois University and played professionally in 1987 with the Chicago Bears and 1988 overseas in Britain for the Leicester Panthers. 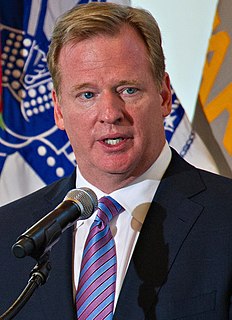 Roger Stokoe Goodell is an American businessman who is currently the Commissioner of the National Football League (NFL). On August 8,2006,Goodell was chosen to succeed retiring commissioner Paul Tagliabue. He was chosen for the position over four finalists;he won a close vote on the fifth ballot before being unanimously approved by acclamation of the owners. He officially began his tenure on September 1,2006,just prior to the beginning of the 2006 NFL season. On December 6,2017,the NFL announced that Goodell signed a new contract that would start in 2019. Commentators have described him as "the most powerful man in sports." 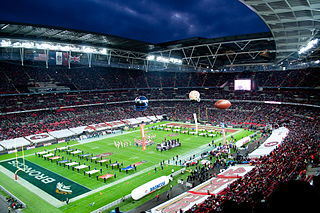 The NFL International Series is a series of American football games during the National Football League (NFL) regular season that are played outside the United States. Since 2017,the series has two sub-series:the NFL London Games in the United Kingdom,which has been in place since 2007,and the NFL Mexico Game in Mexico,which began in 2016 with a predecessor game in 2005. Starting in 2022,the Germany Games will be held in multiple cities across Germany.

Joesph Thomas Browne ended a 50-year career at the National Football League office on March 31,2016 as the longest serving employee ever in that office.

The New Orleans Saints bounty scandal,formally known as "Bountygate," was an incident in which members of the New Orleans Saints team of the National Football League (NFL) were accused of paying out bonuses,or "bounties," for injuring opposing team players. The pool was alleged to have been in operation from 2009 to 2011.

The National Football League (NFL) is the premier professional American football league in the United States,and is also one of the major North American professional sports leagues. However,the NFL is not without its share of controversies. Throughout history,everything from questionable championship rulings to team relocation decisions to allegedly criminal behavior by players has been part of the conversation surrounding the NFL. Many of the recent controversies have surrounded NFL Commissioner Roger Goodell,player conduct,and/or the league's role in player safety. 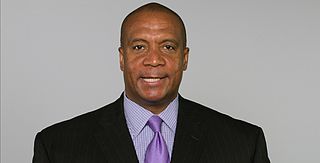 Kevin Fulbright Warren is an American attorney and sports executive. He is the Commissioner of the Big Ten Conference. The first Commissioner who is African-American,he is also the first in any of the major American student-sports conferences in history.

Super Bowl LVII is the upcoming championship game of the National Football League (NFL) for the 2022 NFL season. The game is scheduled to be played on February 12,2023,at State Farm Stadium in Glendale,Arizona. It will be the fourth Super Bowl hosted by the Phoenix metropolitan area,with the most recent being Super Bowl XLIX in 2015,also held at State Farm Stadium. The game will be televised nationally by Fox.