Bonavista North is a provincial electoral district for the House of Assembly of Newfoundland and Labrador, Canada. As of 2011 the district has 6,956 eligible voters.

The son of James Ernest Thoms and Gertrude Helen Bridger, [2] he was born in Garnish and was educated in Middle Brook. Thoms married Elsie Barrow. He served in the Royal Canadian Air Force from 1949 to 1954. Thoms was president of the Gambo Red Cross. [1] From 1967 to 1972, he owned and operated a farm in partnership with his brother Jim. [2]

Garnish, a town located on the west coast of the Burin Peninsula, was well known for its lumbering and now for its lobstering operations. Located on Route 213, it is 25 km along route 220 north west of Grand Bank and 18 km along Route 220 east of Marystown. The Way Office was established in 1852 and the first Waymaster was Henry Campe. In 2006 the town had a population of 578. 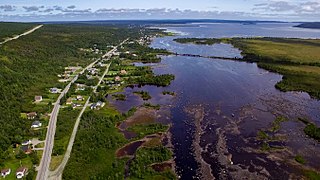 Gambo is a town in northeastern Newfoundland, Newfoundland and Labrador, Canada. It is in Division No. 7 on Freshwater Bay. According to the 2001 Statistics Canada Census: 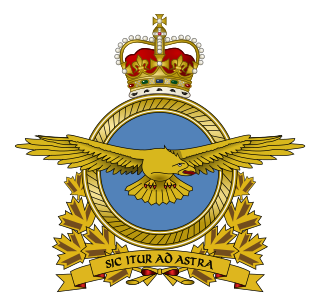 Thoms was ordained an Anglican deacon in 1991 and became a priest in 1992. He was also a member of the Orange Order in Newfoundland. [2]

The Loyal Orange Institution, more commonly known as the Orange Order, is a Protestant fraternal order based primarily in Northern Ireland. It also has lodges in the Republic of Ireland, a Grand Orange Lodge in the Scottish Lowlands and other lodges throughout the Commonwealth, as well as in the United States and Togo. The Orange Order was founded in County Armagh in 1795, during a period of Protestant–Catholic sectarian conflict, as a Masonic-style fraternity sworn to maintain the Protestant Ascendancy. It is headed by the Grand Orange Lodge of Ireland, which was established in 1798. Its name is a tribute to the Dutch-born Protestant king William of Orange, who defeated the army of Catholic king James II in the Williamite–Jacobite War (1688–1691). Its members wear orange sashes and are referred to as Orangemen. The order is best known for its yearly marches, the biggest of which are held on or around 12 July. 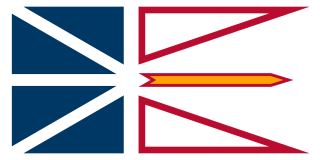 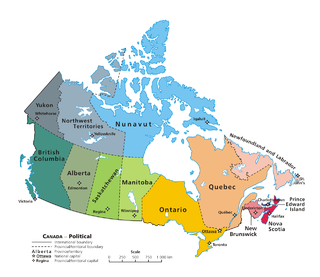 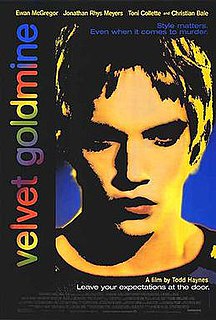 Velvet Goldmine is a 1998 British-American musical drama film directed and co-written by Todd Haynes. It is set in Britain during the glam rock days of the early 1970s; it tells the story of a fictional pop star, Brian Slade. The film was nominated for the Golden Palm at the 1998 Cannes Film Festival and won the award for the Best Artistic Contribution. Sandy Powell received a BAFTA Award for Best Costume Design and was nominated for an Academy Award for Best Costume Design. The film utilizes a non-linear structure to interweave the vignettes of the various characters.

Donald Campbell Jamieson, was a Canadian politician, diplomat and broadcaster.

Battle Harbour is a summer fishing station, formerly a permanent settlement, located on the Labrador coast in the province of Newfoundland and Labrador, Canada. Battle Harbour was for two centuries the economic and social centre of the southeastern Labrador coast. Mercantile saltfish premises first established there in the 1770s developed into a thriving community that was known as the Capital of Labrador. It fell into decline following reductions in the cod fishery and a major fire in 1930, and was abandoned as a permanent settlement following government resettlement activity in the 1960s. 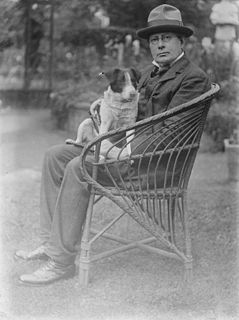 Lieutenant-General Sir John Harvey, was a British Army officer and a lieutenant governor.

Conche is a community on the Northern Peninsula of Newfoundland and Labrador, Canada. Its population in 2016 was 170.

The first brief European contact with Newfoundland and Labrador came about 1000 AD when the Vikings briefly settled in L'Anse aux Meadows. Around 1500, European explorers and fishermen from England, Portugal, Netherlands, France, and Spain began exploration. Fishing expeditions came seasonally; the first small permanent settlements appeared around 1630. Catholic-Protestant religious tensions were high but mellowed after 1860. The British colony voted against joining Canada in 1869 and became an independent dominion in the early 20th century. Fishing was always the dominant industry, but the economy collapsed in the Great Depression of the 1930s and the people voluntarily relinquished their independence to become a British colony again. Prosperity and self-confidence returned during the Second World War, and after intense debate the people voted to join Canada in 1949. 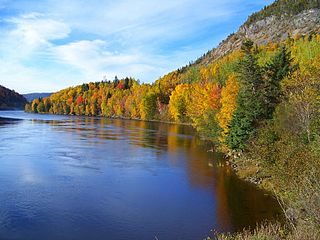 Sam Slade is a former Canadian politician, who was elected to the Newfoundland and Labrador House of Assembly in a by-election on November 26, 2013 and sworn in on December 11, 2013. He represented the electoral district of Carbonear-Harbour Grace as a member of the Liberal Party of Newfoundland and Labrador from 2013 until 2015. In 2015, Slade lost the Liberal nomination in Carbonear - Trinity - Bay de Verde to MHA Steve Crocker.

John Slade was a merchant and politician in Newfoundland. He represented Fogo in the Newfoundland House of Assembly from 1842 to 1847.