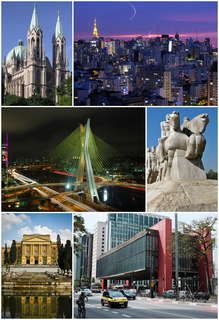 He was an eclectic composer, his influences ranging from Bossa Nova to Bach. Paulinho Nogueira designed the craviola, a guitar with a sloping bout and offset body shape. He was the teacher of Toquinho. [2]

Johann Sebastian Bach was a German composer and musician of the Baroque period. He is known for instrumental compositions such as the Art of Fugue, the Brandenburg Concertos, and the Goldberg Variations, and for vocal music such as the St Matthew Passion and the Mass in B minor. Since the 19th-century Bach Revival he has been generally regarded as one of the greatest composers of the Western art musical canon.

The Craviola is an acoustic guitar designed by Paulinho Nogueira and built by manufacturer Giannini.

Giannini is a traditional fine musical instruments maker in Brazil.

Craviolas have a distinct asymmetric body shape that deviates from the upper and lower bouts of classical guitars. Its timbre is said to resemble a combination of sounds from a harpsichord and a viola caipira, hence the portmanteau (Cravo is the Portuguese word for harpsichord).

A harpsichord is a musical instrument played by means of a keyboard. Like a pipe organ, a harpsichord may have more than one keyboard manual and harpsichords may have stop buttons which add or remove additional octaves. Some harpsichords may have a lute stop, which simulates the sound of a plucked lute. This activates a row of levers that turn a trigger mechanism that plucks one or more strings with a small plectrum made from quill or plastic. The strings are under tension on a soundboard, which is mounted in a wooden case; the soundboard amplifies the vibrations from the strings so that the listeners can hear it.

The viola caipira, often simply viola, is a Brazilian ten-string guitar with five courses of strings arranged in pairs. It was introduced in the state of São Paulo, where it is widely played as the basis for the música caipira, a type of folk-country music originating in the caipira country of south-central Brazil.

Craviolas can be six-string or twelve-string (either nylon or steel) and are produced solely by Giannini.

Malandro Records was an American record label based in Cincinnati, Ohio which released albums by Brazilian musicians. Founded by Rick Warm, the label released about 20 albums before it ceased operation. 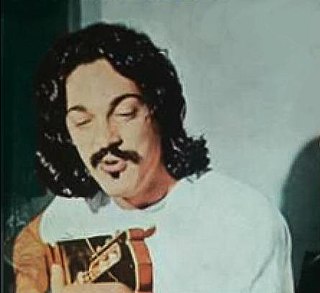 Antônio Pecci Filho, better known as Toquinho, is a Brazilian singer and guitarist. He is well known for his collaborations, as composer and performer, with Vinicius de Moraes.

Samba is a Brazilian music genre and dance style, with its roots in Africa via the West African slave trade and African religious traditions, particularly of Angola and the Congo, through the samba de roda genre of the northeastern Brazilian state of Bahia, from which it derived. Although there were various forms of samba in Brazil with popular rhythms originated from drumming, samba as a music genre has its origins in Rio de Janeiro. 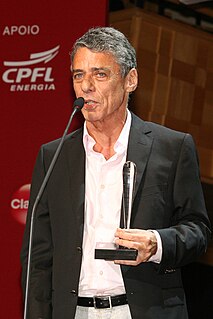 João Gilberto Prado Pereira de Oliveira, known as João Gilberto, was a Brazilian singer, songwriter, and guitarist, who was a pioneer of the musical genre of bossa nova in the late 1950s. Around the world he was often called "father of bossa nova"; in his native Brazil, he was referred to as "O Mito".

Baden Powell de Aquino, usually known simply as Baden Powell, was one of the most prominent and celebrated Brazilian guitarists and guitar composers of his time. He combined classical techniques with popular harmony and swing. He performed in many styles, including bossa nova, samba, Brazilian jazz, Latin jazz and música popular brasileira. He performed on stage during most of his lifetime.

Gal Costa is a Brazilian singer of popular music. 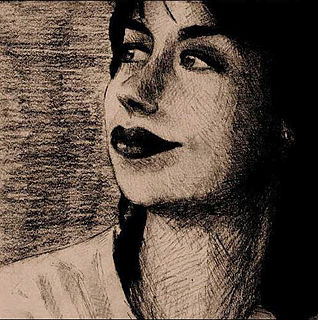 Nara Lofego Leão was a Brazilian bossa nova and MPB singer and occasional actress. Her husband was Carlos Diegues, director and writer of Bye Bye Brasil. 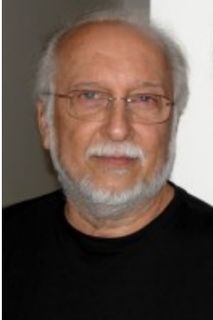 Roberto Menescal is a Brazilian composer, record producer, guitarist, vocalist, and pioneer of bossa nova. In many of his songs there are references to the sea, including his best-known composition "O Barquinho". He is also known for work with Carlos Lyra, Nara Leão, Wanda Sá, Ale Vanzella, and many others. Menescal has performed in Latin music genres such as Música popular brasileira, bossa nova, and samba. He was nominated for a Latin Grammy for his work with his son's bossa group Bossacucanova in 2002 and received the 2013 Latin Recording Academy Special Awards in Las Vegas in November 2013.

The Zimbo Trio is a Brazilian instrumental ensemble, established in 1964 in São Paulo, and originally comprising Amilton Godoy (piano), Luís Chaves (bass) and Rubinho Barsotti (drums). The Trio was one of the most influential groups of Brazilian music in the second half of the 20th century.

Heloísa Maria Buarque de Hollanda, whose artistic name is Miúcha, was a Brazilian singer and composer.

Astrud Gilberto is a Brazilian samba and bossa nova singer. She became popular in the 1960s after her performance of the song "The Girl from Ipanema". 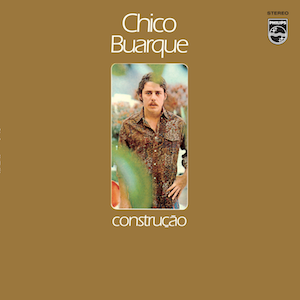 Construção is an acclaimed studio album recorded by the Brazilian musician Chico Buarque in 1971.

"Triste" is a bossa nova song composed in 1966 by Antônio Carlos Jobim, who also wrote lyrics for it in both English and Portuguese.