The Peasants' War (French : Guerre des Paysans, Dutch : Boerenkrijg, German : Klöppelkrieg, Luxembourgish : Klëppelkrich) was a peasant revolt in 1798 against the French occupiers of the Southern Netherlands, a region which now includes Belgium, Luxembourg, and parts of Germany. The French had annexed the region in 1795 and control of the region was officially ceded to the French after the Treaty of Campo Formio in 1797. [2] [3] [ unreliable source? ] The revolt is considered part of the French Revolutionary Wars.

After the Southern Netherlands was annexed by France, the French revolutionaries began to implement their policies regarding the Catholic Church. The Civil Constitution of the Clergy required that priests take an oath of allegiance to the state. Priests who refused such an oath (non-juring priests) were considered to be enemies of the state and could be removed from their positions and homes. [2] Additionally, in early 1798, the French Council of Five Hundred passed a law requiring compulsory military service. This law ordered the conscription of men between the ages of 20 and 25 in all French territories. General conscription was an innovation and was met with anger by the men who were forced into service. [4]

The majority of the conflict during the Peasants' War occurred in Flanders (Lys and Scheldt départements) and Brabant (Deux-Nèthes and Dyle départements). Referred to as the Boerenkrijg, it is referenced by some historians as a Belgian national revolt, and an indication of a desire for independence by Belgium. [2] [3] [ unreliable source? ]

In Flanders the revolt was somewhat organized, with the people seeking aid from foreign nations such as Great Britain and Prussia. The revolution began on 12 October 1798, with peasants taking up arms against the French in Overmere. Initially the rebellion was somewhat successful, however, lacking proper arms and training it was crushed less than two months later, on 5 December, in Hasselt. An estimated 5,000–10,000 people were killed during the uprising. Additionally, there were 170 executions of the leaders of the rebellion. [5]

In Luxembourg (Forêts département), the revolt was called Klëppelkrich. This revolt quickly spread, consuming most of West Eifel. [6] The primary combatants in Luxembourg were the peasantry. The middle and upper classes were not driven to revolt as the anti-clericalism and the modernisation brought by the French Revolution were somewhat beneficial to them. [6]

Lacking both financial support from the middle classes, and proper military training, the peasants were quickly put down by the French occupation force. Ninety-four insurgents were tried and of those, 42 were executed. [7]

Luxembourg, officially the Grand Duchy of Luxembourg, is a landlocked country in Western Europe. It is bordered by Belgium to the west and north, Germany to the east, and France to the south. Its capital, Luxembourg City, is one of the four official capitals of the European Union and the seat of the Court of Justice of the European Union, the highest judicial authority in the EU. Its culture, people, and languages are highly intertwined with its neighbors, making it a mixture of French and German cultures. Luxembourgish is the only national language of the country and is also considered to be the only language of the Luxembourgish people. However, in addition to Luxembourgish, both French and German are used in administrative and judicial matters, making all 3 of them the administrative languages of Luxembourg.

The Ardennes, also known as the Ardennes Forest or Forest of Ardennes, is a region of extensive forests, rough terrain, rolling hills and ridges. Geologically, the range is a western extension of the Eifel, and both were raised during the Givetian age of the Devonian, as were several other named ranges of the same greater range.

The Southern Netherlands, also called the Catholic Netherlands, was the part of the Low Countries largely controlled by Spain (1556–1714), later Austria (1714–1794), and occupied by France (1794–1815). The region also included a number of smaller states that were never ruled by Spain or Austria: the Prince-Bishopric of Liège, the Imperial Abbey of Stavelot-Malmedy, the County of Bouillon, the County of Horne and the Princely Abbey of Thorn. The Southern Netherlands were part of the Holy Roman Empire until the whole area was annexed by Revolutionary France.

1798 was a relatively quiet period in the French Revolutionary Wars. The major continental powers in the First coalition had made peace with France, leaving France dominant in Europe with only a slow naval war with Great Britain to worry about. The leaders of the Directory in Paris feared Napoleon Bonaparte's popularity after his victories in Italy, so they were relieved when he proposed to depart France and mount an expedition to Egypt to gain further glory. 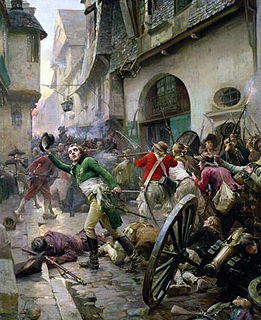 The War in the Vendée was a counter-revolution in the Vendée region of France during the French Revolution. The Vendée is a coastal region, located immediately south of the Loire River in Western France. Initially, the war was similar to the 14th-century Jacquerie peasant uprising, but quickly acquired themes considered by the Jacobin government in Paris to be counter-revolutionary and Royalist. The uprising headed by the newly formed Catholic and Royal Army was comparable to the Chouannerie, which took place in the area north of the Loire.

The German occupation of Luxembourg in World War II began in May 1940 after the Grand Duchy of Luxembourg was invaded by Nazi Germany. Although Luxembourg was officially neutral, it was situated at a strategic point at the end of the French Maginot Line. On 10 May 1940, the German Wehrmacht invaded Luxembourg, Belgium and the Netherlands. Luxembourg was initially placed under a military administration, but later became a civilly administrated territory and finally was annexed directly into Germany. The Germans believed Luxembourg to be a Germanic state, and attempted to suppress what they perceived as alien French language and cultural influences. Although some Luxembourgers joined the resistance or collaborated with the Germans, both constituted a minority of the population. As German nationals, from 1942, many Luxembourgers were conscripted into the German military. Nearly 3,500 Luxembourgish Jews were murdered during the Holocaust. The liberation of the country by the Allies began in September 1944, but due to the Ardennes Offensive it was not completed until early 1945. 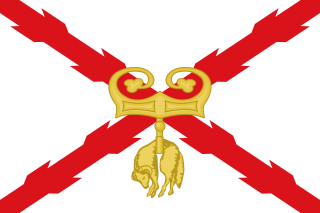 Spanish Netherlands was the name for the Habsburg Netherlands ruled by the Spanish branch of the Habsburgs from 1556 to 1714. They were a collection of States of the Holy Roman Empire in the Low Countries held in personal union by the Spanish Crown. This region comprised most of the modern states of Belgium and Luxembourg, as well as parts of northern France, the southern Netherlands, and western Germany with the capital being Brussels. The Army of Flanders was tasked with the defence of the territory. 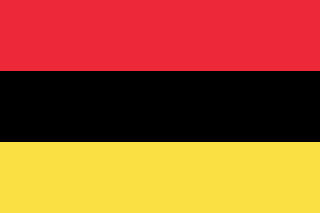 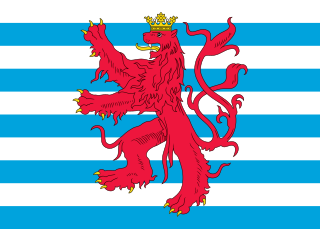 Pieter Corbeels was a Belgian book printer and resistance leader. He was a founder of the Belgian-based publishing company Brepols. He commanded part of the Brabantine forces during a revolt against the French Revolutionary regime known as the Boerenkrijg. He was executed for his role in the war.

Gilbert Trausch was a Luxembourgish historian. He and other colleagues of the post-World War II generation of Luxembourg historians, such as Paul Margue, brought a new concern for Luxembourg's international relations to their study of its history. 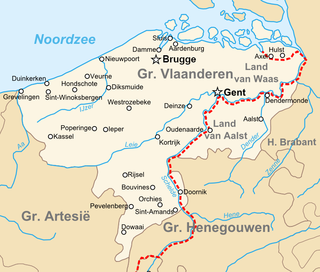 This article describes the history of Flanders. The definition of the territory called "Flanders", however, has varied throughout history.

In Northern European historiography, the term French period refers to the period between 1794 and 1815 during which most of Northern Europe was controlled by Republican or Napoleonic France. The exact duration of the period varies by the location concerned.

In the industrial sector, the Luxembourg steel industry continues to occupy the first place in the country, even after the industrial reforms which have taken place since the 1960s.

Events in the year 1798 in the Belgian Departments of France. The French First Republic had annexed the Austrian Netherlands and Prince-bishopric of Liège in 1795 and had reorganised the territory as the nine departments Dyle, Escaut (department), Forêts, Jemmape, Lys, Meuse-Inférieure, Deux-Nèthes, Ourthe, and Sambre-et-Meuse.