In physics, chemistry and materials science, percolation (from Latin percolare, "to filter" or "trickle through") refers to the movement and filtering of fluids through porous materials. It is described by Darcy's law. Broader applications have since been developed that cover connectivity of many systems modeled as lattices or graphs, analogous to connectivity of lattice components in the filtration problem that modulates capacity for percolation.

During the last decades, percolation theory, the mathematical study of percolation, has brought new understanding and techniques to a broad range of topics in physics, materials science, complex networks, epidemiology, and other fields. For example, in geology, percolation refers to filtration of water through soil and permeable rocks. The water flows to recharge the groundwater in the water table and aquifers. In places where infiltration basins or septic drain fields are planned to dispose of substantial amounts of water, a percolation test is needed beforehand to determine whether the intended structure is likely to succeed or fail. In two dimensional square lattice percolation is defined as follows. A site is "occupied" with probability p or "empty" (in which case its edges are removed) with probability 1 – p; the corresponding problem is called site percolation, see Fig. 2.

Due to the complexity involved in obtaining exact results from analytical models of percolation, computer simulations are typically used. The current fastest algorithm for percolation was published in 2000 by Mark Newman and Robert Ziff. [1]

A complex system is a system composed of many components which may interact with each other. Examples of complex systems are Earth's global climate, organisms, the human brain, infrastructure such as power grid, transportation or communication systems, social and economic organizations, an ecosystem, a living cell, and ultimately the entire universe. 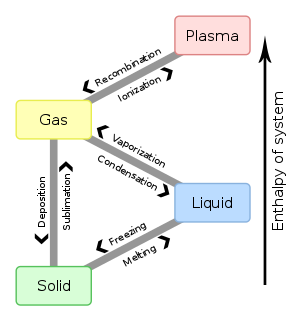 In chemistry, thermodynamics, and many other related fields, phase transitions are the physical processes of transition between a state of a medium, identified by some parameters, and another one, with different values of the parameters. Commonly the term is used to refer to changes among the basic states of matter: solid, liquid, and gas, as well as plasma in rare cases.

In statistical physics and mathematics, percolation theory describes the behavior of a network when nodes or links are added. This is a geometric type of phase transition, since at a critical fraction of addition the network of small, disconnected clusters merge into significantly larger connected, so-called spanning cluster. The applications of percolation theory to materials science and in many other disciplines are discussed here and in the articles network theory and percolation.

A cascading failure is a process in a system of interconnected parts in which the failure of one or few parts can trigger the failure of other parts and so on. Such a failure may happen in many types of systems, including power transmission, computer networking, finance, transportation systems, organisms, the human body, and ecosystems. 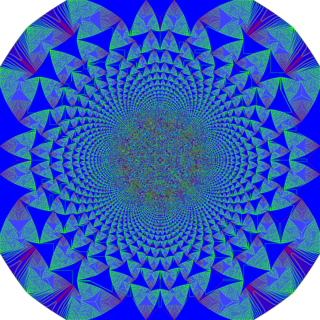 Self-organized criticality (SOC) is a property of dynamical systems that have a critical point as an attractor. Their macroscopic behavior thus displays the spatial or temporal scale-invariance characteristic of the critical point of a phase transition, but without the need to tune control parameters to a precise value, because the system, effectively, tunes itself as it evolves towards criticality. 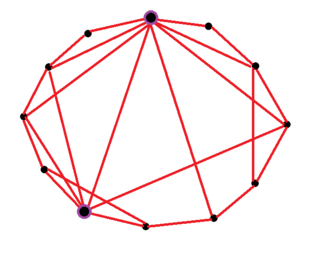 A small-world network is a type of mathematical graph in which most nodes are not neighbors of one another, but the neighbors of any given node are likely to be neighbors of each other and most nodes can be reached from every other node by a small number of hops or steps. Specifically, a small-world network is defined to be a network where the typical distance L between two randomly chosen nodes grows proportionally to the logarithm of the number of nodes N in the network, that is:

A transport network, or transportation network is a network or graph in geographic space, describing an infrastructure that permits and constrains movement or flow. Examples include but are not limited to road networks, railways, air routes, pipelines, aqueducts, and power lines. The digital representation of these networks, and the methods for their analysis, is a core part of spatial analysis, geographic information systems, public utilities, and transport engineering. Network analysis is an application of the theories and algorithms of Graph theory and is a form of proximity analysis.

A spatial network is a graph in which the vertices or edges are spatial elements associated with geometric objects, i.e., the nodes are located in a space equipped with a certain metric. The simplest mathematical realization of spatial network is a lattice or a random geometric graph, where nodes are distributed uniformly at random over a two-dimensional plane; a pair of nodes are connected if the Euclidean distance is smaller than a given neighborhood radius. Transportation and mobility networks, Internet, mobile phone networks, power grids, social and contact networks and biological neural networks are all examples where the underlying space is relevant and where the graph's topology alone does not contain all the information. Characterizing and understanding the structure, resilience and the evolution of spatial networks is crucial for many different fields ranging from urbanism to epidemiology.

Critical exponents describe the behavior of physical quantities near continuous phase transitions. It is believed, though not proven, that they are universal, i.e. they do not depend on the details of the physical system, but only on some of its general features. For instance, for ferromagnetic systems, the critical exponents depend only on:

In network theory, a giant component is a connected component of a given random graph that contains a finite fraction of the entire graph's vertices. 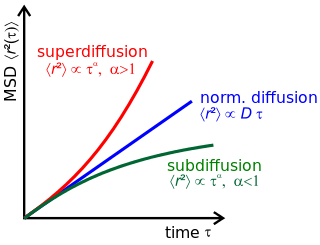 The percolation threshold is a mathematical concept in percolation theory that describes the formation of long-range connectivity in random systems. Below the threshold a giant connected component does not exist; while above it, there exists a giant component of the order of system size. In engineering and coffee making, percolation represents the flow of fluids through porous media, but in the mathematics and physics worlds it generally refers to simplified lattice models of random systems or networks (graphs), and the nature of the connectivity in them. The percolation threshold is the critical value of the occupation probability p, or more generally a critical surface for a group of parameters p1, p2, ..., such that infinite connectivity (percolation) first occurs.

In the context of the physical and mathematical theory of percolation, a percolation transition is characterized by a set of universal critical exponents, which describe the fractal properties of the percolating medium at large scales and sufficiently close to the transition. The exponents are universal in the sense that they only depend on the type of percolation model and on the space dimension. They are expected to not depend on microscopic details such as the lattice structure, or whether site or bond percolation is considered. This article deals with the critical exponents of random percolation. 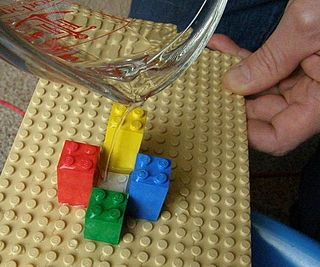 Water retention on random surfaces is the simulation of catching of water in ponds on a surface of cells of various heights on a regular array such as a square lattice, where water is rained down on every cell in the system. The boundaries of the system are open and allow water to flow out. Water will be trapped in ponds, and eventually all ponds will fill to their maximum height, with any additional water flowing over spillways and out the boundaries of the system. The problem is to find the amount of water trapped or retained for a given surface. This has been studied extensively for random surfaces. 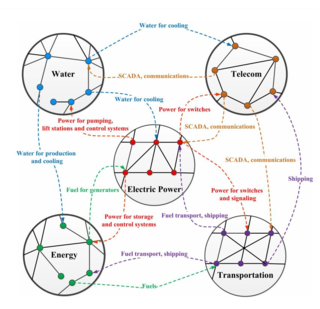 The study of interdependent networks is a subfield of network science dealing with phenomena caused by the interactions between complex networks. Though there may be a wide variety of interactions between networks, dependency focuses on the scenario in which the nodes in one network require support from nodes in another network. For an example of infrastructure dependency see Fig. 1.

The field of complex networks has emerged as an important area of science to generate novel insights into nature of complex systems The application of network theory to climate science is a young and emerging field. To identify and analyze patterns in global climate, scientists model climate data as complex networks.

Robustness, the ability to withstand failures and perturbations, is a critical attribute of many complex systems including complex networks.