Percy Lewis was an English football manager. He managed Hull City during July 1921–January 1923. He had a win percentage of 38.02%. 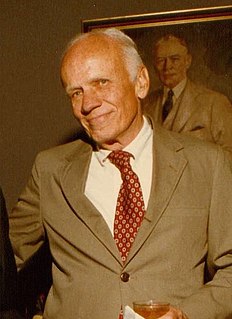 Walker Percy, Obl.S.B. was an American writer whose interests included philosophy and semiotics. Percy is known for his philosophical novels set in and around New Orleans; the first, The Moviegoer, won the U.S. National Book Award for Fiction.

Percy Aldridge Grainger was an Australian-born composer, arranger and pianist who lived in the United States from 1914 and became an American citizen in 1918. In the course of a long and innovative career, he played a prominent role in the revival of interest in British folk music in the early years of the 20th century. Although much of his work was experimental and unusual, the piece with which he is most generally associated is his piano arrangement of the folk-dance tune "Country Gardens".

The Modern Jazz Quartet (MJQ) was a jazz combo established in 1952 that played music influenced by classical, cool jazz, blues and bebop. For most of its history the Quartet consisted of John Lewis (piano), Milt Jackson (vibraphone), Percy Heath, and Connie Kay (drums). The group grew out of the rhythm section of Dizzy Gillespie's big band from 1946 to 1948, which consisted of Lewis and Jackson along with bassist Ray Brown and drummer Kenny Clarke. They recorded as the Milt Jackson Quartet in 1951 and Brown left the group, being replaced on bass by Heath. During the early-to-mid-1950s they became the Modern Jazz Quartet, Lewis became the group's musical director, and they made several recordings with Prestige Records, including the original versions of their two best-known compositions, Lewis's "Django" and Jackson's "Bags' Groove". Clarke left the group in 1955 and was replaced as drummer by Connie Kay, and in 1956 they moved to Atlantic Records and made their first tour to Europe.

Admiral Algernon Percy, 4th Duke of Northumberland,, styled Lord Algernon Percy from birth until 1816 and known as Lord Prudhoe between 1816 and 1847, was a British naval commander, explorer and Conservative politician.

The Percy Folio is a folio book of English ballads used by Thomas Percy to compile his Reliques of Ancient Poetry. Although the manuscript itself was compiled in the 17th century, some of its material goes back well into the 12th century. It was the most important of the source documents used by Francis James Child for his 1883 collection The English and Scottish Popular Ballads.

Blue Haze is a compilation album of tracks recorded in 1953 and 1954 by Miles Davis for Prestige Records. 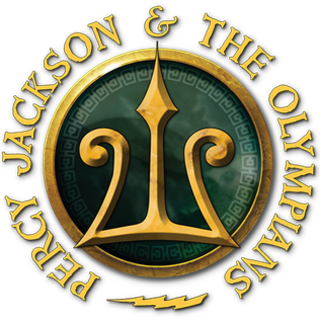 Percy Jackson & the Olympians, often shortened to Percy Jackson or PJO, is a pentalogy of fantasy adventure novels written by American author Rick Riordan, and the first book series in the Camp Half-Blood Chronicles. Five supplementary books, along with graphic novel versions of each book in the first series have also been released. More than 69 million copies of the books have been sold in more than 35 countries.

Admiral Percy Walker Nelles, was a flag officer in the Royal Canadian Navy (RCN) and the Chief of the Naval Staff from 1934 to 1944. He oversaw the massive wartime expansion of the RCN and the transformation of Canada into a major player in the Battle of the Atlantic. During his tenure U-boats raided the Gulf of St. Lawrence, Canadian Northwest Atlantic command was created, and the RCN provided up to 40% of all escort forces in the North Atlantic. His handling of the RCN's war effort had its opponents however, and he was removed from his post as Chief of the Naval Staff in January 1944. He was sent to London as Overseas Naval Attaché, coordinating the RCN operations for Operation Overlord. He retired in January 1945 as a full admiral. 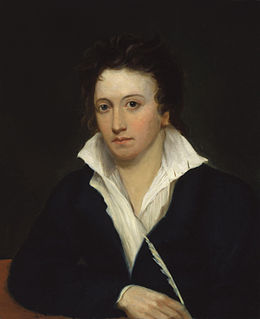 Percy Bysshe Shelley was one of the major English Romantic poets, widely regarded as one of the greatest lyric and philosophical poets in the English language. A radical in his poetry as well as in his political and social views, Shelley did not see fame during his lifetime, but recognition of his achievements in poetry grew steadily following his death. Shelley became a key member of a close circle of visionary poets and writers that included Lord Byron, John Keats, Leigh Hunt, Thomas Love Peacock and his own second wife, Mary Shelley.

The Modern Jazz Sextet is a jazz album featuring the combined talents of Dizzy Gillespie, Sonny Stitt, John Lewis, Percy Heath, Skeeter Best and Charlie Persip. The album was conceived by producer Norman Granz for his own label, Norgran Records. Although no single album artist is credited as a bandleader for this album, Verve Records - which owns the Norgran catalogue - files it as a Dizzy Gillespie album.