Persecution of Czechs in the Slovak State

Persecution of Czechs occurred throughout the existence of the Slovak State (1939–1945).

Before it seized power, the Slovak People's Party (HSĽS) was known for its anti-Czech rhetoric. [1] Many HSĽS politicians believed that Czech language and culture threatened Slovak identity, and disliked Czech liberalism as much as they had disliked Hungarian liberalism. [2] Tensions were exacerbated by the increase in the number of Czechs living in the country, from 7,468 before the founding of Czechoslovakia in 1918 to 93,143 in 1938. Excluding the military, 21,541 Czechs worked for the government and an additional 36,000 in private employment. [3] They had been brought in due to the lack of native intelligentsia in Slovakia at the time, but gradually became viewed as unwelcome competition. [4]

From when HSĽS declared its autonomy in 1938 and established an authoritarian regime, the party denounced Czechs as "enemies and pests" of the nation along with the Jews. [5] Some of the anti-Czech slogans were: "Slovensko Slovákom" (Slovakia for the Slovaks), "Von s Čechmi" (Out with the Czechs), "Česi peši do Prahy" (Czechs go back to Prague), and "Česi peši do Prahy a to hneď" (Czechs go back to Prague right away). Anti-Czech attacks by the Hlinka Guard were so severe that the government interfered in order to preserve Slovakia's international reputation. [4] Initially the HSĽS government debated as to whether all Czechs or just government employees should be expelled from the country. Persecution of the Czechs was also supported by other Slovak parties, including the Slovak National Party and the Agrarian Party. On 10 December 1938, the autonomous Slovak government signed an agreement with the Czechoslovak government for the transfer of 9,000 Czech civil servants—mostly those without a permanent contract—out of Slovakia. [5]

After the independence of Slovakia in March 1939, the government ignored the agreement and fired all Czech civil servants, except those deemed indispensable. Regulation 4003/1939 ordered the creation of a list of "Communists, Marxists, and Czechs" in the new country. [4] Czechs suffered physical attacks and discrimination; many were fired from civil service. [6] According to different estimates, 50,000 left Slovakia, [6] or 60,000 were deported. [1] In many cases, local Hlinka Guard units deported Czechs to the border out of their own initiative and robbed them. [4] Due to the government's effort to secure an ethnic Slovak majority in the capital, the number of Czechs in Bratislava decreased by 16,000 between the censuses of December 1938 and December 1940, either due to emigration or manipulation. [7] Persecution worsened after the Slovak National Uprising because Czechs were perceived as sympathetic to the partisans. The discrimination led to protests by the Czechoslovak government-in-exile. [8] 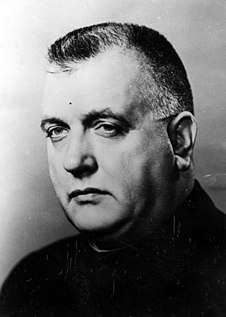 Jozef Gašpar Tiso was a Slovak politician and Roman Catholic priest who was president of the Slovak Republic, a client state of Nazi Germany during World War II, from 1939 to 1945. In 1947, after the war, he was executed for war crimes and crimes against humanity in Bratislava. 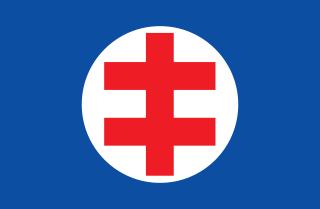 The Hlinka Guard was the militia maintained by the Slovak People's Party in the period from 1938 to 1945; it was named after Andrej Hlinka. 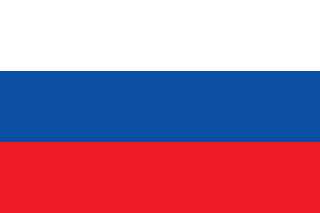 The (First) Slovak Republic, otherwise known as the Slovak State, was a client state of Nazi Germany which existed between 14 March 1939 and 4 April 1945. It was created out of the Slovak part of Czechoslovakia one day before the start of the German occupation. The Slovak Republic controlled the majority of the territory of present-day Slovakia but without its current southern and eastern parts, which had been ceded to Hungary in 1938. The Republic bordered Germany and constituent parts of "Großdeutschland": the Protectorate of Bohemia and Moravia and the General Government – along with independent Hungary.

Vojtech Lázar "Béla" Tuka was a Slovak politician who served as Prime Minister and Minister of Foreign Affairs of the First Slovak Republic between 1939 and 1945. Tuka was one of the main forces behind the deportation of Slovak Jews to Nazi concentration camps in German occupied Poland. He was the leader of the radical wing of the Slovak People's Party.

Ferdinand Ďurčanský was a Slovak nationalist leader who for a time served with as a minister in the government of the Axis-aligned Slovak State in 1939 and 1940. He was known for spreading virulent antisemitic propaganda, although he left the government before the Holocaust in Slovakia was fully implemented. After the war, he joined the Gehlen Organization.

Parliamentary elections were held in Slovakia on 18 December 1938 following the German occupation of Czechoslovakia.

The Slovak Expeditionary Army Group was an element of the military forces of the Slovak Republic that fought under Nazi German command on the Eastern Front during World War II. 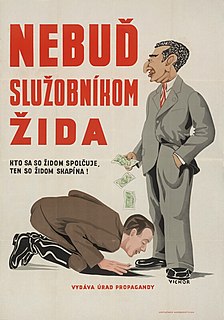 The Holocaust in Slovakia was the systematic dispossession, deportation, and murder of Jews in the Slovak State, a client state of Nazi Germany. Out of 89,000 Jews in the country in 1940, around 68,000 to 71,000 were murdered during the Holocaust. 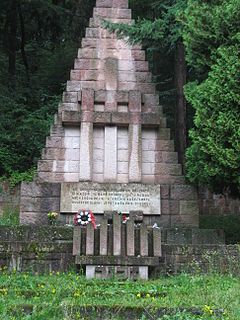 The Kremnička and Nemecká massacres were a series of massacres committed between 5 November 1944 and 19 February 1945 in Kremnička and Nemecká, Slovakia by the Hlinka Guard Emergency Divisions and Einsatzkommando 14 following the suppression of the Slovak National Uprising. During the uprising, many Jews fled to Banská Bystrica, a partisan stronghold; when the town fell, Jews, actual or suspected Slovak partisans, and Romani people captured during roundups were temporarily held in the town's jail. The victims were then trucked to the murder sites at Kremnička and Nemecká, where they were shot. The majority of the 747 people shot at Kremnička were Jewish. Exact figures are not known for the Nemecká massacres, because the bodies were burned, but historians estimate a death toll of around 900, of whom most of the known victims were Jewish or Romani.

Einsatzgruppe H was one of the Einsatzgruppen, the paramilitary death squads of Nazi Germany. A special task force of more than 700 soldiers, it was created at the end of August 1944 to deport or murder the remaining Jews in Slovakia following the German suppression of the Slovak National Uprising. During its seven-month existence, Einsatzgruppe H collaborated closely with the Hlinka Guard Emergency Divisions and arrested 18,937 people, of whom at least 2,257 were murdered; thousands of others were deported to Nazi concentration camps. The victims included Jews, Romani people, actual or suspected Slovak partisans, and real or perceived political opponents. One of its component units, Einsatzkommando 14, committed the two largest massacres in the history of Slovakia, at Kremnička and Nemecká.

In August 1942, Jozef Tiso, president of the Slovak State and a Catholic priest, gave a speech in Holič, Slovakia, in which he defended the deportation of Jews from Slovakia. Referring to Jews as "parasites" and "the eternal enemy", Tiso claimed that their deportation was both economically necessary and congruent with Christian moral principles. The speech has been recognized as a key part of Tiso's moral legacy, emblematic of his complicity in the Holocaust.

Nástup was a Slovak periodical, published between 1933 and 1945, that advocated Slovak autonomy, ethnonationalism, and antisemitism. Its readers, the most radical wing of the Slovak People's Party, were called "Nástupists" or "Nástup faction". 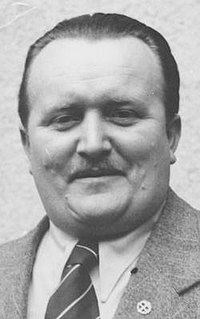 Anton Vašek (1905–1946) was the head of Department 14 in the Slovak State's Central Economic Office. He is known for accepting bribes in exchange for reducing deportation of Jews from Slovakia.

The Salzburg Conference was a conference between Nazi Germany and the Slovak State, held on 28 July 1940 in Salzburg. The Germans demanded the expulsion of the Nástup faction of the Slovak People's Party from government because of its independent foreign policy. The result was Slovak capitulation to German demands and a replacement of Nástup supporters by members of the pro-German radical faction.

Otomar Kubala (1906–1946) was a Slovak fascist who served as the commander of the Hlinka Guard during the Slovak National Uprising. After the war, he was tried for treason, convicted, and executed. 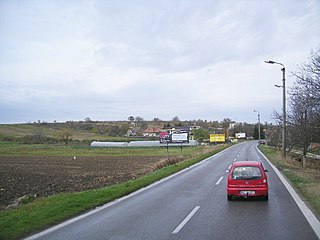 From 4 to 7 November 1938, 4,000 or 7,500 Jews were deported from Slovakia to the no-man's land on the Slovak−Hungarian border. Following Hungarian territorial gains in the First Vienna Award on 2 November, Slovak Jews were accused of favoring Hungary in the dispute. With the help of Adolf Eichmann, Slovak People's Party leaders planned the deportation, which was carried out by local police and the Hlinka Guard. Conflicting orders were issued to target either Jews who were poor or those who lacked Slovak citizenship, resulting in chaos.

Ján Vojtaššák (1877–1965) was a Slovak bishop and the official Catholic representative to the Slovak Diet during the Axis Slovak State regime. When the deportation of Jews from Slovakia to Poland was discussed in March 1942, Vojtaššák did not oppose the deportation but merely asked that Jews who had converted to Christianity be settled separately from those who continued to practice Judaism. In 1995, Pope John Paul II suggested that Vojtaššák should be canonized, which was opposed by Israeli historians. As of 2019, the case for his beatification is ongoing.

Aron Grünhut was a Bratislava-based Jewish activist who helped 1,365 Slovak, Czech, Hungarian, and Austrian Jews illegally emigrate to Palestine before and during World War II. Grünhut later received an unauthorized Salvedorean visa from George Mandel-Mantello for himself and his family.