Persimfans was a conductorless orchestra in Moscow in the Soviet Union that was founded by Lev Tseitlin and existed between 1922 and 1932. Its name is an abbreviation for Pervïy Simfonicheskiy Ansambl' bez Dirizhyora (First Conductorless Symphony Ensemble).

Persimfans was formed during the early years of the Soviet Union. Because there was no conductor, major decisions were undertaken by committees and all members of the orchestra had to be familiar with the entire score. The quality of playing amazed many contemporaries who believed there must be a conductor hidden away behind the stage. Persimfans also inspired the formation of other conductorless orchestras throughout the Soviet Union and the West in the 1920s, but most only lasted for a few years.

In 2008, a contemporary revival of Persimfans was created by Konstantin Dudalov-Kashuro, Peter Aidu and Gregory Krotenko under the aegis of the Moscow School of Dramatic Art's Music Laboratory. In 2014 Persimfans was awarded the Sergei Kuryokhin Contemporary Art Award. [1]

The Academy of St Martin in the Fields (ASMF) is an English chamber orchestra, based in London. 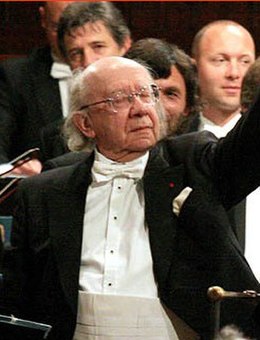 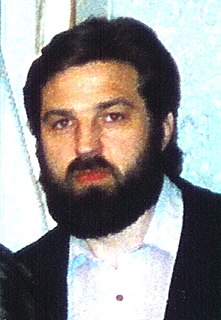 Isaak Osipovich Dunayevsky was a Soviet film composer and conductor of the 1930s and 1940s, who achieved huge success in music for operetta and film comedies, frequently working with the film director Grigori Aleksandrov. He is considered one of the greatest Soviet composers of all time. Many of his songs are very well known and held in high regard in Russia and the former Soviet Union. 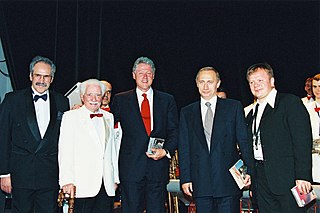 Oleg Leonidovich Lundstrem was a Soviet and Russian jazz composer and conductor of the Oleg Lundstrem Orchestra, one of the earliest officially recognized jazz bands in the Soviet Union.

Dmitri Georgievich Kitayenko is a Soviet and Russian conductor. People's Artist of the USSR (1984). 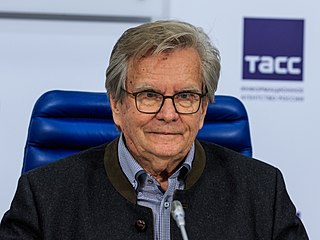 Pro Arte Chamber Orchestra of Boston is a musician-led American orchestra based in Newton, Massachusetts. It is one of only four co-operative orchestras in the US. It had a long-time association with composer and conductor Gunther Schuller, with Isaiah Jackson as Conductor emeritus and, since 2000, Gisele Ben-Dor as Conductor emerita. Recently, Kevin Rhodes has been the orchestra's principal conductor.

The Symphony No. 10 in F minor, Op. 30 by Nikolai Myaskovsky is among the more remarkable of the Russian composer's large output of 27 symphonies.

Constantine Garrievich Orbelian, Jr. is an American conductor and pianist of Armenian and Russian descent. He is named after his paternal uncle Konstantin Orbelyan, a major Armenian composer.

Konstantin (Georgiyevich) Mostras was a Russian violinist, teacher and composer.