Across the highway is Pescadero Marsh Natural Preserve, a popular spot for bird watchers and other naturalists.

The nature preserve is a refuge for steelhead, blue heron, kite, deer, raccoon, fox, skunk, barn swallow, and weasel. [2] A common bird of northern California's rocky shoreline that are seen here too are the black oystercatcher.

The shoreline at the center and southern parking areas is protected from the ocean waves by offshore rocks with numerous tide pools and areas of open water. This habitat is frequently occupied by both the Steller sea lion and the harbor seal. These pinnipeds alternately sun themselves by hauling onto the offshore rocks and sliding back into the water to hunt nearby.

No dogs on beach. No camping. No beach fires. Fishermen seek fish and mollusks here, primarily mussels, and a California State fishing license is required for these activities. 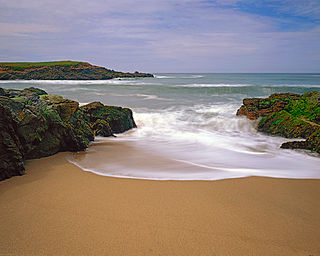 Bean Hollow State Beach is a beach in the state park system of California, United States. It is located in San Mateo County near Pescadero. The beach offers fishing, picnicking and beachcombing. Visitors can explore tide pools with anemones, crab, sea urchins and other marine inhabitants. The beach also has a self-guided nature trail. Swimming is dangerous because of cold water, rip currents, heavy surf and sharks. Bean Hollow is 17.5 miles (28.2 km) south of Half Moon Bay and 3 miles (4.8 km) south of Pescadero on State Route 1. The 44-acre (18 ha) property was acquired by the state in 1958.

Bay City State Park is a 2,389-acre (967 ha) state park located on the shore of Saginaw Bay near Bay City in Bay County, Michigan, United States. The Tobico Marsh, one of the largest remaining freshwater, coastal wetlands on the Great Lakes is located in the park. Other natural features of the park include a mile of sandy beach, over 2,000 acres (810 ha) of wetland woods, meadows, oak savannah prairies, and cattail marshes. The park is a haven for migratory birds and wetland wildlife. 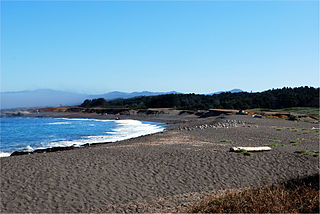 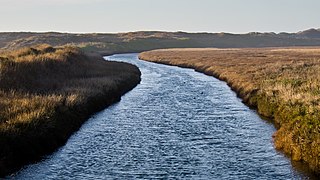 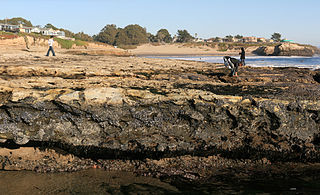 Ellisville Harbor State Park is a nature preserve and public recreation area located in the village of Ellisville, Massachusetts, on the western shore of Cape Cod Bay. Natural features of the coastal property include a barrier beach, sphagnum bog, salt marsh, rolling meadows, and red pine forest habitats. Scenic features include views of the South Shore coastline, small fishing boats, harbor seals seen offshore during fall and winter, and birds attracted to the park's bog as both habitat and migration stopover. The state park is managed by the Department of Conservation and Recreation. 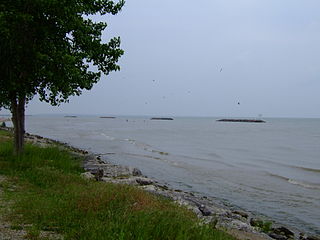 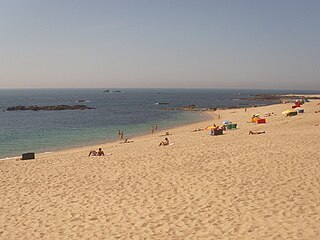 The beaches in Póvoa de Varzim are an extensive and continuous group of golden sandy beaches forming small bays or coves along the shoreline in northern Portugal. These do not have any barrier and are in fact a single beach, over 12 km long, under the name Praia da Póvoa de Varzim. Division may be arbitrary and serve localization porpoises.

Blackhead is a small coastal settlement in Hawke's Bay, New Zealand. It is located on the east coast of the North Island of New Zealand, about 74 kilometres south of Napier. Blackhead Beach is a sandy beach, similar to other Hawke's Bay beaches such as Shoal Beach. The original Māori name for the beach is Te Pariomahu and this is more commonly used by local hapū. 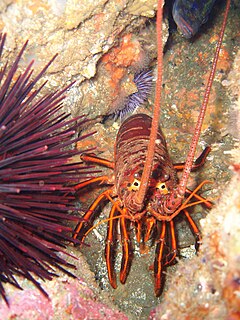