The Petén-Veracruz moist forests cover an area of 149,100 square kilometers (57,600 sq mi), extending from central Veracruz state across portions of the Mexican states of Oaxaca, Tabasco, Chiapas, and Campeche, as well as northern Guatemala and most of Belize. The Petén-Veracruz moist forests mostly occupy a coastal lowland with meandering rivers, and includes the Lacandon Forest of Chiapas and the Petén Basin of Guatemala.

The ecoregion is bounded on the south by a series of mountain ranges and highlands, including the Sierra Madre de Oaxaca, Sierra Madre de Chiapas, Chiapas Plateau, and Guatemalan Highlands, where the lowland Petén-Veracruz forests yield to montane moist forests and pine-oak forests. In central Veracruz, the Veracruz dry forests separate the Petén-Veracruz moist forests from the Veracruz moist forests further north. The western portion of the ecoregion mostly extends to the Gulf of Mexico, although the montane forests of the Sierra de los Tuxtlas and the flooded forests and wetlands of the Pantanos de Centla constitute distinct ecoregions.

The eastern portion of the ecoregion is bounded on the north by the Yucatán moist forests, which extend east and west across the Yucatán Peninsula. The Petén-Veracruz moist forests extend east to the Caribbean Sea in Belize, surrounding enclaves of Belizean pine forests in the Maya Mountains and near the coast. The Belizean Coast mangroves run along the Caribbean coast.

The northern Petén-Veracruz moist forests were home to the Olmec culture, which built cities between 1200 and 400 BCE. The Classic Maya civilisation (250-900 CE) was centered in the eastern and southern portions of the ecoregion, from Tabasco and northern Chiapas across northern Guatemala to Belize.

The Huastec or Téenek, are an indigenous people of Mexico, living in the La Huasteca region including the states of Hidalgo, Veracruz, San Luis Potosí and Tamaulipas concentrated along the route of the Pánuco River and along the coast of the Gulf of Mexico. 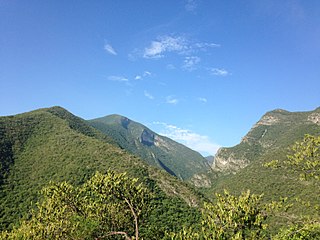 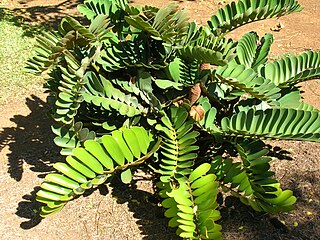 Zamia is a genus of cycad of the family Zamiaceae, native to Mexico, the West Indies, and Central and South America as far south as Bolivia. The range of one species (Z. integrifolia, extends into the contiguous United States, i.e. Georgia and Florida. 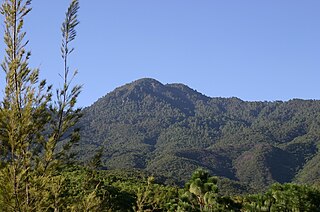 The Sierra Madre de Oaxaca pine-oak forests is an ecoregion of the Tropical and subtropical coniferous forests biome, in Southern Mexico. 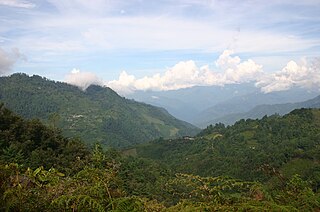 The Sierra Madre de Oaxaca is a mountain range in southern Mexico. It is primarily in the state of Oaxaca, and extends north into the states of Puebla and Veracruz.

The Pantanos de Centla is a tropical moist forest ecoregion in southern Mexico, which includes seasonally flooded forests and wetlands, in the summer. 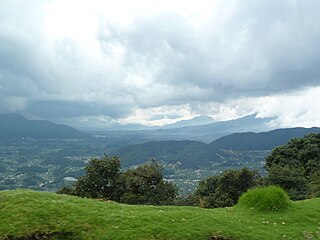 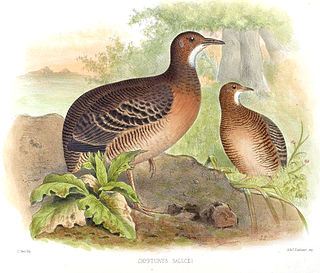 The thicket tinamou or rufescent tinamou is a type of tinamou commonly found in moist forests in subtropical and tropical central Mexico.

The Veracruz moist forests are a moist ecoregion, in the moist tropical and subtropical moist broadleaf forest biome, in eastern moist Mexico. 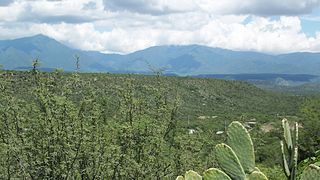 The Tamaulipan matorral is an ecoregion in the deserts and xeric shrublands biome on the eastern slopes of the Sierra Madre Oriental range in northeastern Mexico. It is a transitional ecoregion between the Tamaulipan mezquital and the Sierra Madre Oriental pine-oak forests to the west and the Veracruz moist forests to the south. It is a desert shrubland where the flora mainly consists of woody shrubs, small trees, cacti, and succulents. Piedmont scrub occurs in shallow hollows and montane chaparral occurs above about 1,700 m (5,600 ft). There are a number of resident bird species and the mammals include Mexican prairie dog, Saussure's shrew, yellow-faced pocket gopher, Allen's squirrel, collared peccary and coyote. 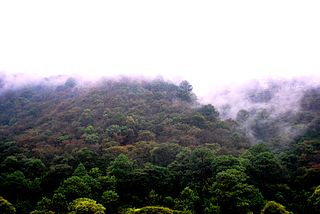 The Central American pine-oak forests ecoregion, in the tropical and subtropical coniferous forests biome, is found in Central America and Chiapas state of southern Mexico. 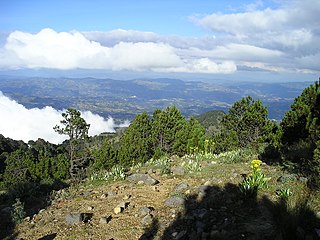