Peter Benenson (born Peter James Henry Solomon; 31 July 1921 – 25 February 2005) was a British lawyer, human rights activist and the founder of human rights group Amnesty International (AI). He refused all honours for most of his life, but in his 80s, largely to please his family, he accepted the Pride of Britain Award for Lifetime Achievement in 2001. [3]

He was born in London to a large Jewish family, [4] the only son of British-born Harold Solomon and Russian-born Flora Benenson; Peter Benenson adopted his mother's maiden name later in life. His army officer father died from a long-term injury when Benenson was aged nine, and he was tutored privately by W. H. Auden before going to Eton. At the age of sixteen, he helped to establish a relief fund with other schoolboys for children orphaned by the Spanish Civil War. He took his mother's maiden name of Benenson as a tribute to his grandfather, the Russian gold tycoon Grigori Benenson, following his grandfather's death.

He enrolled for study at Balliol College, Oxford but World War II interrupted his education. He served in the Intelligence Corps at the Ministry of Information where he met his first wife, Margaret Anderson. He worked at Bletchley Park during World War II in the Testery. He is listed as RSM Benenson in room 41 as a cryptographer. [5]

After demobilisation in 1946, Benenson began practising as a barrister before joining the Labour Party and standing unsuccessfully for election at Streatham in 1950 and for North Herts constituency till 1959.[ clarification needed ] He was one of a group of British lawyers who, in 1957, founded JUSTICE, the UK-based human rights and law reform organisation. In 1958, he fell ill and moved to Italy to convalesce. In the same year, he converted to the Roman Catholic Church.

Benenson had said he was shocked and angered by a newspaper report of two Portuguese students from Coimbra sentenced to seven years in prison for raising their glasses in a toast to freedom during the regime of António de Oliveira Salazar, though the "toast" aspect of the story has not been verified. [6] At the time, Portugal was ruled by the authoritarian Estado Novo regime, and anti-regime conspiracies were vigorously repressed by the Portuguese state police and deemed anti-Portuguese. He wrote to David Astor, editor of The Observer . On 28 May 1961, Benenson's article, entitled "The Forgotten Prisoners", was published. The letter asked readers to write letters showing support for all those imprisoned for their political or religious beliefs. To co-ordinate such letter-writing campaigns, Amnesty International was founded in London in July 1961 at a meeting of Benenson and six other men, who included a Conservative, a Liberal and a Labour MP. [7] [8] The response was so overwhelming that within a year various groups of letter-writers had formed in more than a dozen countries.

Initially appointed general secretary of AI, Benenson stood down in 1964 owing to ill health. By 1966, Amnesty International faced an internal crisis. The advisory position of president of the International Executive was then created for him. In 1966, after a report of British use of torture in Yemen, he began to make allegations that the British government had infiltrated the governance of AI. [9] An inquiry was set up which reported at Elsinore in Denmark in 1967. The allegations were rejected and Benenson resigned from AI.

While never again active in the organisation, Benenson was later personally reconciled with other executives, including Seán MacBride.

Benenson died of pneumonia on 25 February 2005 at the John Radcliffe Hospital, Oxford, aged 83, having been a resident of the nearby village of Nuneham Courtenay where he was buried. [12]

A prisoner of conscience (POC) is anyone imprisoned because of their race, sexual orientation, religion, or political views. The term also refers to those who have been imprisoned or persecuted for the nonviolent expression of their conscientiously held beliefs. 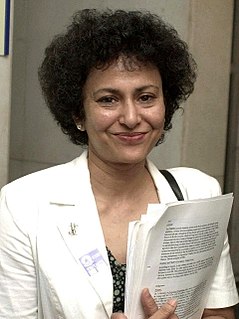 Irene Zubaida Khan is a Bangladeshi lawyer appointed as of August 2020 to be the United Nations Special Rapporteur for freedom of expression and opinion, the first woman appointed to this mandate. She previously served as the seventh Secretary General of Amnesty International. In 2011, she was elected Director-General of the International Development Law Organization (IDLO) in Rome, an intergovernmental organization that works to promote the rule of law, and sustainable development. She was a consulting editor of The Daily Star in Bangladesh from 2010 to 2011.

The surname Benenson may refer to:

Eric Baker was a British activist and one of the founders of the human rights group Amnesty International, and the second Secretary-General of the organization. He was also a founder of the Campaign for Nuclear Disarmament (CND).

Brahim Dahane is a Sahrawi human rights activist and President of the Sahrawi Association of Victims of Grave Human Rights Violations Committed by the Moroccan State.

Abdulhadi Abdulla Hubail al-Khawaja is a Bahraini political activist. On 22 June 2011, al-Khawaja and eight others were sentenced to life imprisonment following the suppression of pro-democracy protests against the Bahraini government. al-Khawaja has previously gone on a series of hunger strikes while serving his life sentence, in protest of the political conditions in Bahrain.

The Amnesty International Media Awards are a unique set of awards which pay tribute to the best human rights journalism in the UK. Kate Allen, Amnesty International UK’s director, said that the awards recognise the "pivotal role of the UK media industry in informing and shaping public opinion" and pays tribute to their "often dangerous work". The awards acknowledge the creativity, skills and sheer determination that it takes to get the news out in an educational and engaging way.

Flora Solomon, OBE was an influential Zionist. She was the first woman hired to improve working conditions at Marks & Spencer in London. She was the mother of Peter Benenson, founder of Amnesty International.

Amnesty International is an international non-governmental organization with its headquarters in the United Kingdom focused on human rights. The organization says it has more than seven million members and supporters around the world.

The Belarusian government is criticized for human rights violations and its persecution of non-governmental organisations, independent journalists, national minorities, and opposition politicians. In a testimony to the United States Senate Committee on Foreign Relations, former United States Secretary of State Condoleezza Rice labeled Belarus as one of the world's six "outposts of tyranny". In response, the Belarusian government called the assessment "quite far from reality". As at 2017, the Viasna Human Rights Centre listed two political prisoners detained in Belarus, down from 11 in 2016. During 2020 Belarusian presidential election and protests, the number of political prisoners recognized by Viasna rose dramatically to 470 as of 6 June 2021.

"The Forgotten Prisoners" is an article by Peter Benenson published in The Observer on 28 May 1961. Citing the Universal Declaration of Human Rights articles 18 and 19, it announced a campaign on "Appeal for Amnesty, 1961" and called for "common action". The article also launched the book Persecution 1961 and its stories of doctor Agostinho Neto, philosopher Constantin Noica, lawyer Antonio Amat and Ashton Jones and Patrick Duncan. 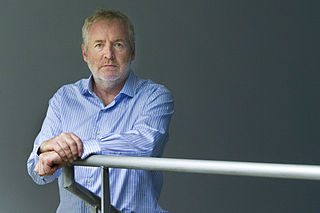 Bill Shipsey is a human rights activist, barrister (retired), artist event promoter, producer and consultant. He is the founder of Art for Amnesty, Amnesty International's global artist engagement programme, and the co-founder of Art 19.

The "Harry" letters, written by Peter Benenson, founder of the international human rights group Amnesty International, detail the funding during 1966 of Amnesty's mission in the Rhodesian capital, Salisbury, by somebody or something referred to as "Harry", which was commonly interpreted as code for the British government, which was headed by British Prime Minister Harold Wilson. The letters were made public in March 1967 by Polly Toynbee, an Englishwoman who had worked for Amnesty in Salisbury as a 19-year-old gap year student in early 1966. Scandal resulted within both the British government and Amnesty, and Benenson left the group soon afterward.

Criticism of Amnesty International (AI) includes claims of selection bias, as well as ideology and foreign policy bias against either non-Western countries or Western-supported countries. Governments that have criticised AI include those of Israel, the Democratic Republic of the Congo, China, Vietnam, Russia, Chile and the United States, which have complained about Amnesty International for what they assert is one-sided reporting, or a failure to treat threats to security as a mitigating factor. The actions of these governments—and of other governments critical of Amnesty International—have been the subject of human rights concerns voiced by Amnesty. The Catholic Church has also criticized Amnesty for its stance on abortion, particularly in Catholic-majority countries. Amnesty International has also been criticized for paying some of its staff high salaries. A 2019 report also showed that a toxic work environment is present at Amnesty. 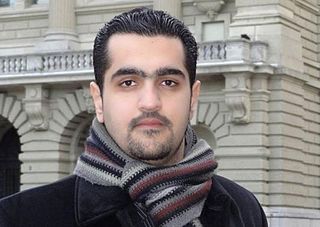 Hussain Jawad Parweez is a leading Bahraini human rights activist. He is the Chairman and founder of the European-Bahraini Organisation for Human Rights (EBOHR). He is also one of the founders of Bahrain Youth Society for Human Rights and served as its Vice-president from 2004 to 2006. Hussain has long been an advocate for peaceful and democratic change in Bahrain and is an active supporter of the freedom of expression and human rights. He has been a member of the Bahrain Centre for Human Rights since 2002.

Daniel Elwyn Jones, known as Dan Jones, is a British artist, collector of children's playground songs and human rights campaigner. He is an education advisor for the human rights organisation Amnesty International.

Ivone Dias Lourenço was a Portuguese communist and an opponent of the Estado Novo regime in Portugal. She spent almost seven years as a political prisoner. A report of her imprisonment in a British newspaper led to her being indirectly connected with the foundation of the human rights organization Amnesty International.