Born in Brighton, Sussex, the youngest of three children, Mayle and his parents moved to Barbados in the aftermath of World War II, where his father was transferred as a Colonial Office employee. Mayle returned to England after leaving school at 16 in Barbados.

His first job in 1957 was as a trainee at Shell Oil, based in its London office. It was there that he discovered that he was more interested in advertising than oil and he wrote to David Ogilvy, the head of the advertising agency that had the Shell account at that time, asking for a job. Ogilvy offered him a job as a junior account executive, but Mayle's interest was more on the creative side of the business and he subsequently became a copywriter in 1961 based in its New York City office.

In due course another agency, Papert Koenig, Lois, poached him from Ogilvy and sent him back to London to head up the creative team in its UK office, where one of his colleagues was Alan Parker. When the US parent hit trouble in the mid-1960s, he and a colleague bought the London operation. They developed the business with accounts that included Watneys, Olivetti, and Sony and after five years, it was bought by BBDO, one of the top American agencies. He then commuted between the U.S. and the UK as its creative director.

A 1972 advertising slogan written by Mayle for Wonderloaf Bread was used as a football chant by supporters of Tottenham Hotspur, and became the basis of the song "Nice One Cyril".

By 1974, Mayle had had enough of advertising and transatlantic commuting, and quit the business to write full-time.

Mayle started off by writing educational books, including a series on sex education for children and young people. He also penned, in collaboration with illustrator Gray Jolliffe, a series of humorous books about the character Wicked Willie, based upon a personification of the male organ. He relocated from Devon to the Luberon, southern France, in the late 80s but his plans to write a novel were overtaken by an account of life in his new environment. This resulted in his 1989 book A Year in Provence which became an international bestseller, chronicling his first year as a British expatriate in Ménerbes, a village in the southern département Vaucluse.

Several more books followed, which have been translated in more than twenty languages. He also wrote for magazines and newspapers. A Year in Provence was subsequently produced as a TV series starring John Thaw and screened in 1993. The novel A Good Year was the basis for the 2006 film of the same name directed by Ridley Scott and starring actors Russell Crowe and Marion Cotillard.

Mayle relocated to Amagansett on Long Island, New York, to get away from fans and sightseers at his home in Provence. [2] He subsequently returned to France and at the time of his death in 2018 resided in Vaugines, also situated in the Luberon, in Provence. He died in hospital near his home in January 2018. [3]

British Book Awards named A Year in Provence Best Travel Book of the Year (1989) [1] and him Author of the Year (1992). [4] The French government made him a Chevalier de la Légion d'honneur (Knight of the Legion of Honor) in 2002, for coopération et francophonie. [5] 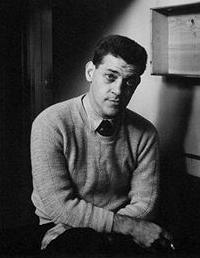 William Steig was an American cartoonist, illustrator and writer of children's books, best known for the picture book Shrek!, which inspired the film series of the same name, as well as others that included Sylvester and the Magic Pebble, Abel's Island, and Doctor De Soto. He was the U.S. nominee for both of the biennial, international Hans Christian Andersen Awards, as a children's book illustrator in 1982 and a writer in 1988.

An advertising agency, often referred to as a creative agency or an ad agency, is a business dedicated to creating, planning, and handling advertising and sometimes other forms of promotion and marketing for its clients. An ad agency is generally independent from the client; it may be an internal department or agency that provides an outside point of view to the effort of selling the client's products or services, or an outside firm. An agency can also handle overall marketing and branding strategies promotions for its clients, which may include sales as well.

The Luberon is a massif in central Provence in Southern France. It has a maximum elevation of 1,256 metres (4,121 ft) and an area of about 600 square kilometres (230 sq mi). It is composed of three mountain ranges : the Lesser Luberon, the Greater Luberon and the Eastern Luberon. The valleys north and south of them contain a number of towns and villages as well as agricultural land; the northern part is marked by the Calavon, while the southern part is characterised by the Durance.

Return of the Saint is a British action-adventure television series that aired for one series in 1978 and 1979 in Britain on ITV, and was also broadcast on CBS in the United States. It was co-produced by ITC Entertainment and the Italian broadcaster RAI and ran for 24 episodes. 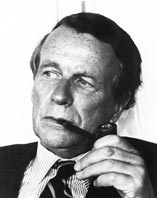 David Mackenzie Ogilvy was a British advertising tycoon, founder of Ogilvy & Mather, and known as the "Father of Advertising". Trained at the Gallup research organisation, he attributed the success of his campaigns to meticulous research into consumer habits.

Graham Jolliffe is a British illustrator and cartoonist. His work includes Chloe & Co in the Daily Mail, and the Wicked Willie character that first appeared in the book, Man's Best Friend in 1984. He uses ink, and colours his work using the TRIA marker system from Letraset.

Alfred Hoyt Bill (1879–1964) was an American writer. His non-fiction mostly dealt with American history while his fiction was set in different periods of British and French history. 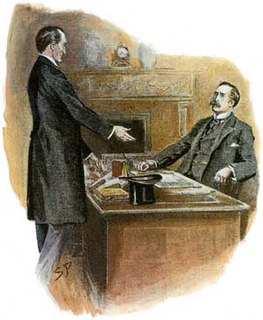 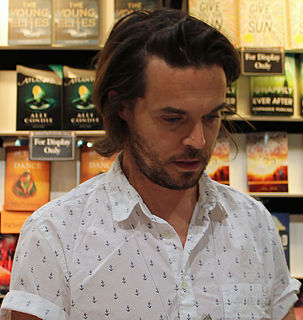 Oliver Jeffers is a Northern Irish artist, illustrator and writer who now lives and works in Brooklyn. He went to the integrated secondary school Hazelwood College, then graduated from the University of Ulster in 2001. 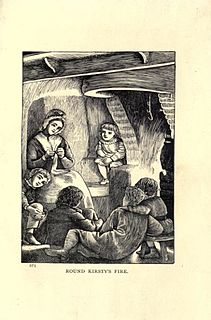 Ranald Bannerman's Boyhood is a realistic, largely autobiographical, novel by George MacDonald. It was first published in 1871. The original edition was illustrated by Arthur Hughes. 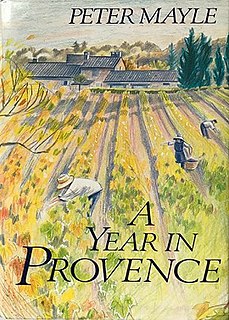 A Year in Provence is a 1989 best-selling memoir by Peter Mayle about his first year in Provence, and the local events and customs. It was adapted into a television series starring John Thaw and Lindsay Duncan. Reviewers praised the book's honest style, wit and its refreshing humour. 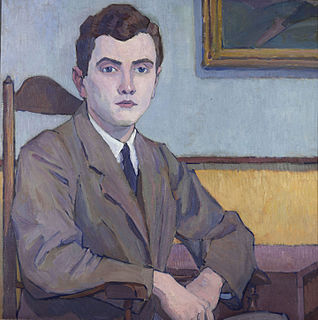 Robert Alexander Polhill "R. A." Bevan ("Bobby") CBE was a significant figure in British communications and advertising during the mid-20th century. He was the second child of the artists Robert Polhill Bevan and Stanisława de Karłowska and was born at the Bevan house, Horsgate, in Cuckfield, Sussex.

Jolliffe is a surname, and may refer to:

Peter Miles Young is a British former businessman and the incumbent Warden of New College, Oxford. Until September 2016, he was worldwide chairman and CEO of the international advertising, marketing, communications, consulting and public relations agency Ogilvy & Mather.

Wicked Willie is a 1990 comedy animation series based on the character Wicked Willie and the internationally best-selling series of cartoon books about the continuing adventures of a man and his "best friend". The series was directed by Bob Godfrey, produced by Robert Sidaway, and written by Gray Jolliffe with additional material by Ashley Sidaway, Peter Mayle and Ron Collins.