Peter Michael Neumann (1931 – January 1, 2020) was a Canadian Football League player for 14 seasons the Hamilton Tiger-Cats. He was a 9-time CFL's Eastern All-Star and a part of three Grey Cup championship teams.

Neumann was inducted into the Canadian Football Hall of Fame in 1979. He died in 2020 at the age of 88–89 and laid to rest at Victoria Lawn Cemetery in St. Catharines 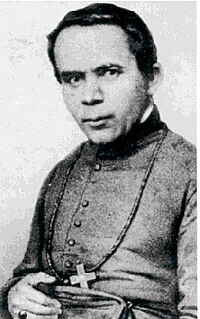 Peter Gabriel Neumann is a computer-science researcher who worked on the Multics operating system in the 1960s. He edits the RISKS Digest columns for ACM Software Engineering Notes and Communications of the ACM. He founded ACM SIGSOFT and is a Fellow of the ACM, IEEE, and AAAS.

Neumann is German for "new man", and one of the 20 most common German surnames.

David Emil Neumann is a politician in the Canadian province of Ontario. He was the mayor of Brantford from 1980 to 1987 and served in the Legislative Assembly of Ontario as a Liberal from 1987 to 1990. After several years out of politics, he was elected as a city councillor for Brantford's fifth ward in the 2010 municipal election. He retired from the Brantford City Council in 2018.

Paul Neumann was an Austrian swimmer and physician, who competed at the 1896 Summer Olympics in Athens and became the first Austrian gold medalist ever.

Peter Neumann may refer to: 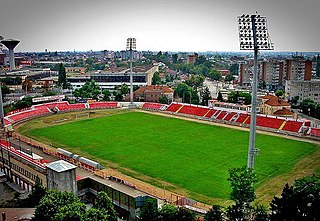 Francisc von Neuman Stadium was a multi-purpose stadium in Arad, Romania. It was used mostly for football matches and was the home ground of FC UTA Arad, one of the most successful teams in Romanian club football. The stadium used to hold up to 7,287 people, all on seats, and was built in 1944.

Jerome Leonard Boger is an American football official in the National Football League (NFL) since the 2004 NFL season. He wears uniform number 23 since 2006; before that, he wore uniform number 109. He started in the league as a line judge and was promoted to referee in 2006 after two seasons. Along with Gene Steratore, he was one of two new referees for 2006, replacing retired officials Bernie Kukar and Tom White. Boger became the third African-American referee in the NFL after Johnny Grier (1988), who previously wore uniform number 23, and Mike Carey (1995).

Peter Michael Neumann OBE was a British mathematician. He was a son of the German-born mathematicians Bernhard Neumann and Hanna Neumann and, after gaining a BA degree from The Queen's College, Oxford in 1963, obtained his DPhil degree from Oxford University in 1966. 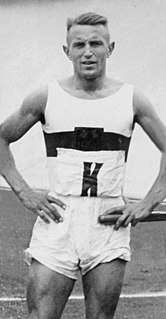 Otto Neumann was a German sprinter who competed at the 1928 Summer Olympics. He won a silver medal in the 4 × 400 m relay and failed to reach the final of the individual 400 m event.

Herbert Neumann is a retired footballer.

Gábor Tardos is a Hungarian mathematician, currently a professor at Central European University and previously a Canada Research Chair at Simon Fraser University. He works mainly in combinatorics and computer science. He is the younger brother of Éva Tardos.

The 1979 Hamilton Tiger-Cats season was the 22nd season for the team in the Canadian Football League and their 30th overall. The Tiger-Cats finished in 3rd place in the Eastern Conference with a 6–10 record, but lost the Eastern Semi-Final to the Ottawa Rough Riders.

Sebastian Neumann is a German retired footballer, who played as a defender.

Michael Neumann is a professor of philosophy at Trent University in Ontario, Canada. He is the author of What's Left? Radical Politics and the Radical Psyche (1988), The Rule of Law: Politicizing Ethics (2002) and The Case Against Israel (2005), and has published papers on utilitarianism and rationality.

The Ranch is an American streaming television comedy/drama series. It stars Ashton Kutcher and Danny Masterson as brothers Colt and Rooster Bennett, respectively, who help run the Colorado cattle ranch owned by their father Beau. It also stars Debra Winger as their mother Maggie, a local bar owner, and Elisha Cuthbert as Colt's love interest Abby, a local school teacher. Other cast members from That 70s Show who have recurring roles include Wilmer Valderrama, Kurtwood Smith and Debra Jo Rupp. It debuted in 2016 on Netflix and ran for four seasons in eight parts.

Martin Neumann is a German politician of the Free Democratic Party (FDP) who has been serving as a member of the Bundestag from the state of Brandenburg from 2009 until 2013 and since 2017.