Peter Pau Tak-Hei (Chinese :鮑德熹, born 1951) is a Hong Kong cinematographer and film director, best known to western audiences as for his work on Crouching Tiger, Hidden Dragon , for which he won the Academy Award for Best Cinematography in 2000. One of Hong Kong's premier cinematographers, he has collaborated with directors John Woo, Ronny Yu, Ang Lee, Tsui Hark, and Wong Kar-wai.

Pau is a member of the Hong Kong Society of Cinematographers. The asteroid 34420 Peterpau was named in his honour in early 2006. His older sister is Hong Kong Film Awards best actress winner Paw Hee-Ching. 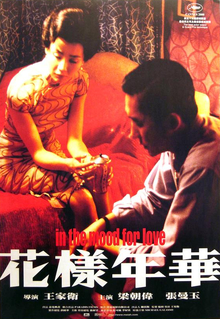 In the Mood for Love is a 2000 Hong Kong romantic drama film written, produced, and directed by Wong Kar-wai. Its original Chinese title means "Flowery Years". It tells the story of a man and a woman whose spouses have an affair together and who slowly develop feelings for each other. 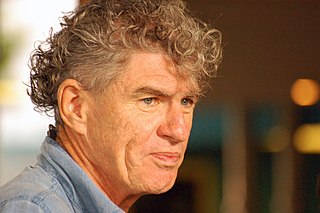 Christopher Doyle, also known as Dù Kěfēng (Mandarin) or Dou Ho-Fung (Cantonese) is an Australian-Hong Kong cinematographer. He has worked on over fifty Chinese-language films, being best known for his collaborations with Wong Kar-Wai in Chungking Express, Happy Together, In the Mood for Love and 2046. Doyle is also known for other films such as Temptress Moon, Hero, Dumplings, and Psycho. He has won awards at the Cannes Film Festival and Venice Film Festival, as well as AFI Award for cinematography, the Golden Horse awards, and Hong Kong Film Award. 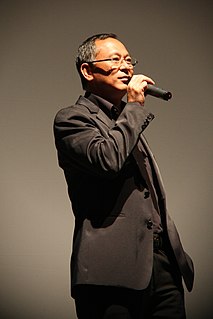 Peter Ho-sun Chan is a film director and producer. 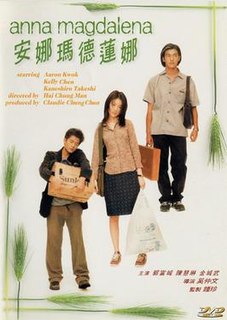 Manfred Wong is a Hong Kong radio personality, film producer, screenwriter, film director and actor. He is best known for his involvement as a writer for the Young and Dangerous film series.

William Chang Suk-ping is a Hong Kong production designer, costume designer and film editor. Along with cinematographer Christopher Doyle, Chang is an important collaborator with Hong Kong film director Wong Kar-wai. He has also collaborated with directors such as Stanley Kwan, Patrick Tam, Yim Ho, Tsui Hark, Jiang Wen and Johnnie To. He is of Shanghainese ancestry.

The 1st Asian Film Awards were given on 20 March 2007 at the Hong Kong Convention and Exhibition Centre, on the opening night of the 31st Hong Kong International Film Festival.

Temptation of a Monk is a 1993 Hong Kong period drama film directed by Clara Law based on Pik Wah Lee's novel of the same name.The film had Joan Chen and Hsing-Kuo Wu in the lead roles. The film is about a monk named Jing-yi and his haunting past, and a lady assassin who was sent to kill him. The film was banned in China. 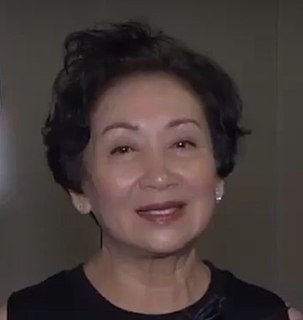 Nina Paw Hee-ching is a Hong Kong actress. Her parents are the actors Pau Fong and Liu Su. Her younger brother, Peter Pau, is an Academy Awards-winning and five-times Hong Kong Film Awards-winning cinematographer. She was married to Henry Fong, who is also an actor.

Chan Kwok-Hung was a Hong Kong cinematographer. His credits, as director of photography or camera operator, included the 2000 action comedy Tokyo Raiders and the 2007 action drama Invisible Target. He also received best cinematography nominations at the Hong Kong Film Awards for Fly Me to Polaris in 2000 and Summer Holiday in 2001.