PetroVietnam is the trading name of Vietnam Oil and Gas Group (PVN) (in Vietnamese: Tập đoàn Dầu khí Quốc gia Việt Nam). PetroVietnam has developed rapidly since it was established in 1977, [2] and its activities, through its various companies and wholly owned subsidiaries, now cover all the operations from oil and gas exploration and production to storage, processing, transportation, distribution and services. Wholly owned by the Vietnamese central government, it is responsible for all oil and gas resources in the country and has become its country's largest oil producer and second-largest power producer. [3]

PetroVietnam also carries out exploration activities in Malaysia, Indonesia, Mongolia, Myanmar and Algeria, and recovers oil in Iraq and Malaysia. [4]

In order to help pay for the costs stemming from the Deepwater Horizon explosion, BP plans to sell its stakes in gas and oil properties in Vietnam. It maintains joint ownership of such projects — Lan Tay-Lan Do gas field and Nam Con Son pipeline — with ONGC, PetroVietnam, and ConocoPhillips. Moreover, its partners will be given priority when purchasing its shares should Hanoi approve the transaction. [5] India has expressed interest in buying BP's assets to secure needed energy resources for its fast-growing economy. [3]

In 2010, PetroVietnam Group has secured $1 billion loan from government bond proceeds and BNP Paribas for the Dung Quat oil refinery Plant No 1, in Vietnam, which began operating at 100% production capacity in August 2010. [6]

Together with Gazprom the company has established Vietgazprom. [10]

PetroChina Company Limited is a Chinese oil and gas company and is the listed arm of state-owned China National Petroleum Corporation (CNPC), headquartered in Dongcheng District, Beijing. The company is currently Asia's largest oil and gas producer and was China's second biggest oil producer in 2006. Traded in Hong Kong and New York, the mainland enterprise announced its plans to issue stock in Shanghai in November 2007, and subsequently entered the constituent of SSE 50 Index.

The China National Petroleum Corporation (CNPC) is a major national oil and gas corporation of China PR and one of the largest integrated energy groups in the world. Its headquarters are in Dongcheng District, Beijing. CNPC was ranked fourth in 2017 Fortune Global 500, a global ranking of the largest corporations by revenue.

Vietnam Petroleum Institute (VPI) was established on May 22, 1978. It is based in Hanoi, with a branch in Ho Chi Minh City.

Shell Australia is the Australian subsidiary of Royal Dutch Shell. Shell has operated in Australia since 1901, initially delivering bulk fuel into Australia, then establishing storage and distribution terminals, oil refineries, and a network of service stations. It extended its Australian activities to oil exploration, petrochemicals and coal mining, and became a leading partner in Australia's largest resource development project, the North West Shelf Venture.

Naftna Industrija Srbije is a Serbian multinational oil and gas company with headquarters in NIS building, Novi Sad, Serbia. NIS is one of the most profitable companies in Serbia and one of the largest domestic exporters. It employs around 11,000 people in Serbia and the region. Gazprom Neft is the majority shareholder, owning 56.15% of NIS shares, while 29.87% of NIS share capital is held by the Republic of Serbia and rest by minority shareholders. 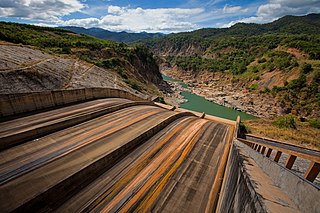 Nghi Son Refinery is the second planned oil refinery in Vietnam. It would be located about 200 kilometres (120 mi) south of Hanoi in Tinh Gia District of Thanh Hóa Province. Site-clearing for the project broke ground in 2008. Construction began on 23 October 2013, and refinery operations are targeted for 2017. Planned capacity is 200,000 barrels per day (32,000 m3/d), slightly greater than that of Vietnam's first Dung Quat refinery. The site-clearing phase entails the resettlement of 350 households with 1,500 people and the surface leveling of the area. 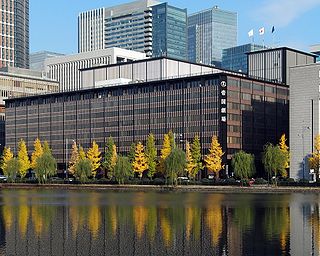 Not to be confused with The Vietnam National Oil and Gas Group, or Petro Vietnam

Vietsovpetro, headquartered in Vung Tau, Vietnam, is a joint Russian-Vietnamese enterprise for oil and gas exploration. According to the VNR500 ranking, Vietsovpetro is Vietnam's 8th largest company.

PetroSA is the national oil company (NOC) of South Africa. Its main activities are the extraction of natural gas from offshore fields about 89 km from Mossel Bay, the production of synthetic fuels from this gas through a gas to liquids (GTL) process, and the extraction of crude oil from oil fields off the South Coast of South Africa. The GTL Refinery is located in Mossel Bay. Its capacity is about 45 000 bpd and processes both the gas and condensate to produce liquid fuels and chemicals. The company is also involved in the Exploration and Production (E&P).

Trịnh Xuân Thanh is a former Vietnamese politician and businessman. He is the former head of the state-owned Petrovietnam Construction Joint Stock Corporation, and the former Deputy-Chairman of the Provincial People's Committee of Hậu Giang. In 2016, he was accused of causing massive losses at the state-owned company and fled the country. While in Berlin, as an asylum-seeker, he was allegedly kidnapped and repatriated to Vietnam on 23 July 2017. This led to diplomatic scandal resulting in Germany to expel a Vietnamese diplomat.